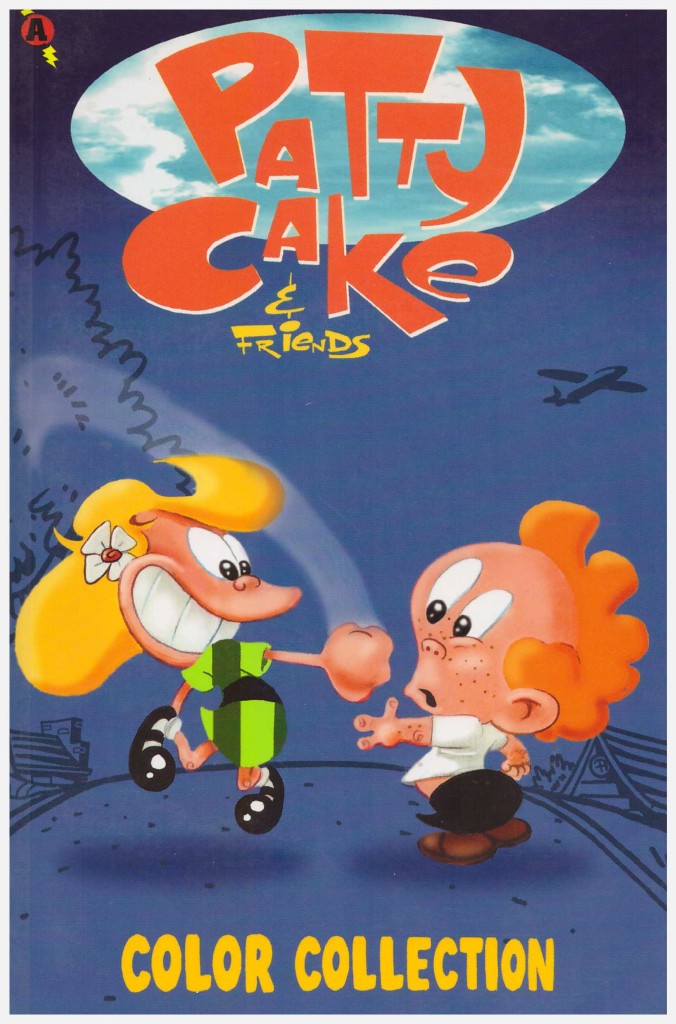 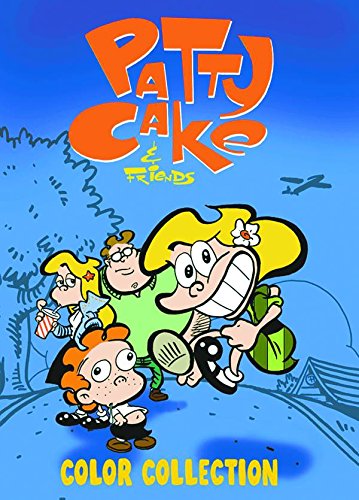 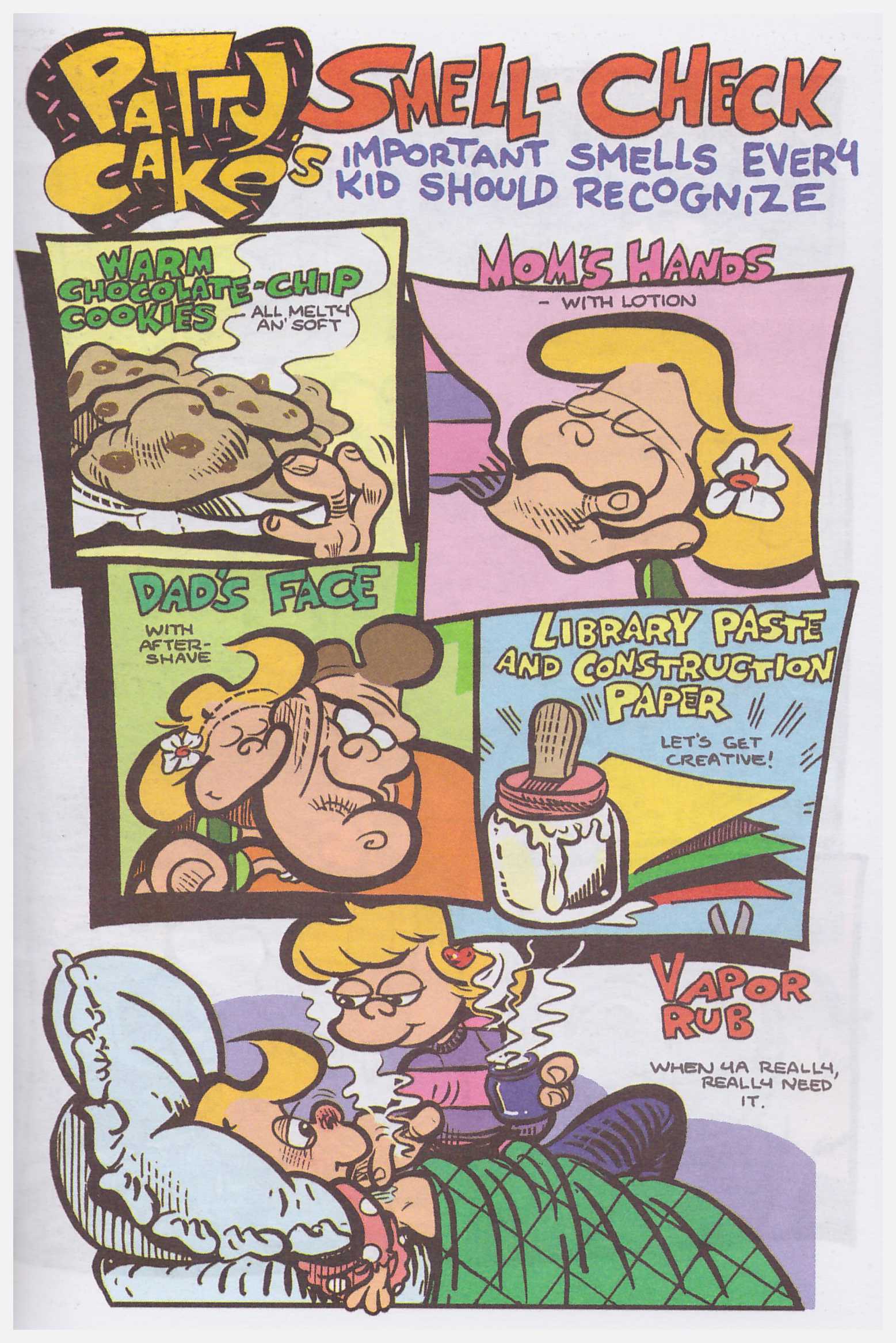 Several years after their third standard size collection of Patty Cake’s adventures, Amaze Ink tried again with a digest size collection in colour (or color). It has all the charm, imagination and all-ages appeal of the previous collections.

Patricia Bakerman is the young, junior school age girl learning about the world around her, knowing enough to torment the pre-school age Irving, and strangely capable of also making life awkward for her twelve year old sister. The ‘and Friends’ appendage to the title signifies the widening of the cast, not only to a more complete Bakerman family, but a larger circle of friends.

The stories are generally short, and interspersed with Scott Roberts’ caustically enthusiastic fake adverts, delivering barbs at the cynical marketing of both shoddy TV and shoddy goods towards children. One story deals with this specifically, with Irving obsessed with Glopey, a thinly disguised Barney, and while it’s primarily Roberts getting something off his chest, it’s also an astute commentary on children liking what they’ll like no matter how many times they’re told it’s substandard and contrived.

The longest story concerns Patty Cake’s slightly older friend Jose taking her to visit a friendly old lady, from whom Patty Cake steals an object of sentimental value. The way Roberts progresses events from that point is both awkward and amusing, with lessons learned. Moral messages occur, but not instructively placed, used more as story pivots than lectures. Other highlights include the thrill of a first train ride, a listing of good and bad smells, and Patty Cake falling out with Irving.

Roberts’ cartooning is wonderfully rubbery, with his cast, especially Mr Bakerman, contorting into some excellently conceived poses. They don’t all work, but when the ambition pays off, it’s a treat. The addition of colour makes little difference, really. It’s flat and bright, and was presumably a marketing exercise to conform with parental expectation.

Patty Cake was a series where pretty well everything was carried out to high standards, and to this day Roberts and his publisher must wonder why it never reached a larger audience. Don’t let that put you off as used copies are easily found and well worth the trouble.