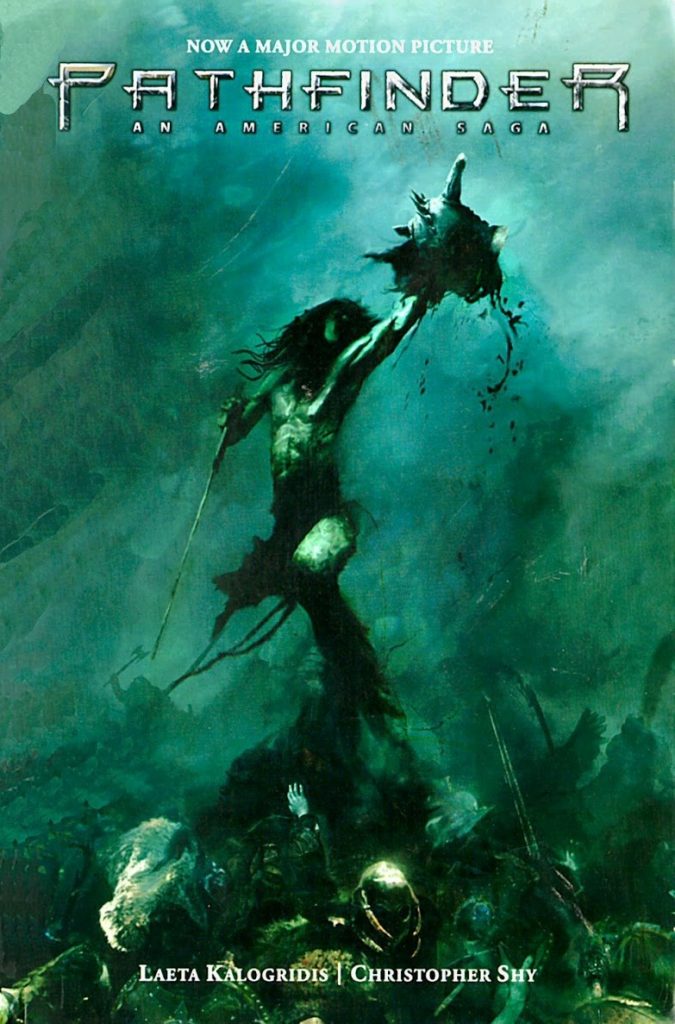 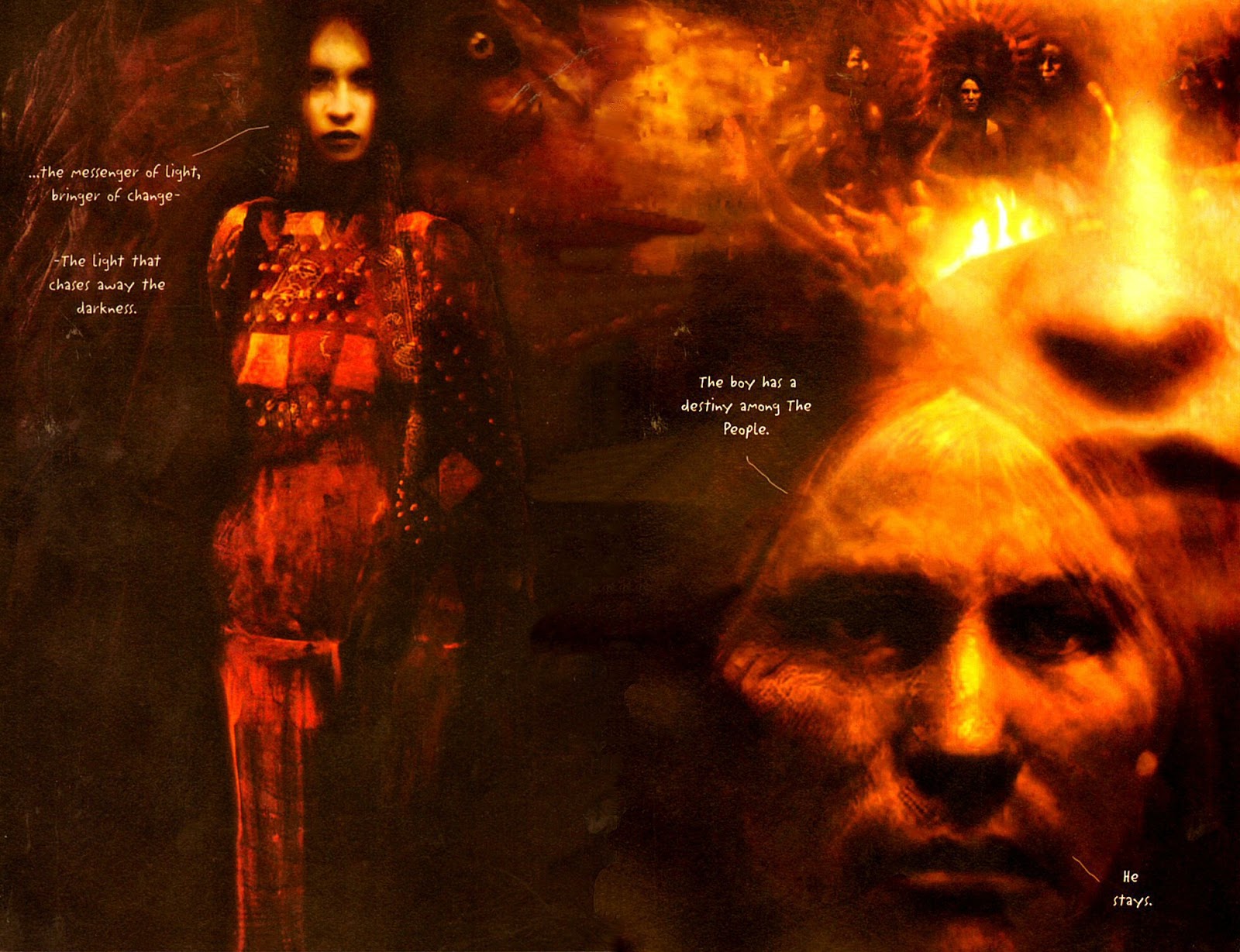 Remember the 2006 movie Pathfinder? You probably don’t, and to save you looking it up, it rates 10% on Rotten Tomatoes, with even the generally higher audience ranking only elevating it to 36%, so not a success by anyone’s standards other than the personal satisfaction of director Marcus Nispel. His glowing introduction to this graphic novel notwithstanding, problems are evident from the earliest pages, with stilted dialogue and even the directions taken from Laeta Kalogridis’ early draft script. Little improves over the subsequent 130 pages.

We open in the present day with a pointless scene of archaeologists pondering the question of why the Vikings didn’t remain in North America, after which there’s a rapid dissolve to the past and the discovery of a sole living boy in a ship of dead Viking warriors. Why? Who knows. He comes to manhood among a Native American community, who name him Ghost.

Christopher Shy’s art is remarkable in some respects, the entirely digital creation involving a very individual style approximating ambitious painting with some incredible realism about it. However, any creative tool is only as good as its operator’s imagination, and that’s where Shy runs into problems. He thinks in single images, not in storytelling sequences, and one dry page of technically proficient, but hollow art is followed by something similar. As many film reviews mention, the look is that of a metal album cover come to life, and Shy’s art follows that brief faithfully.

There’s astonishingly little plot to Pathfinder. It amounts to life being harsh for people living in the wilderness ten centuries ago, as Ghost faces several challenges, culminating in the return of some Vikings in all their savage fury. Nispel’s introduction thoroughly lists all the production necessities, and his enthusiasm for themes, particularly the idea of war between Vikings and Native Americans, and even notes a necessity to fill in the blanks, something never adequately done in either film or graphic novel.