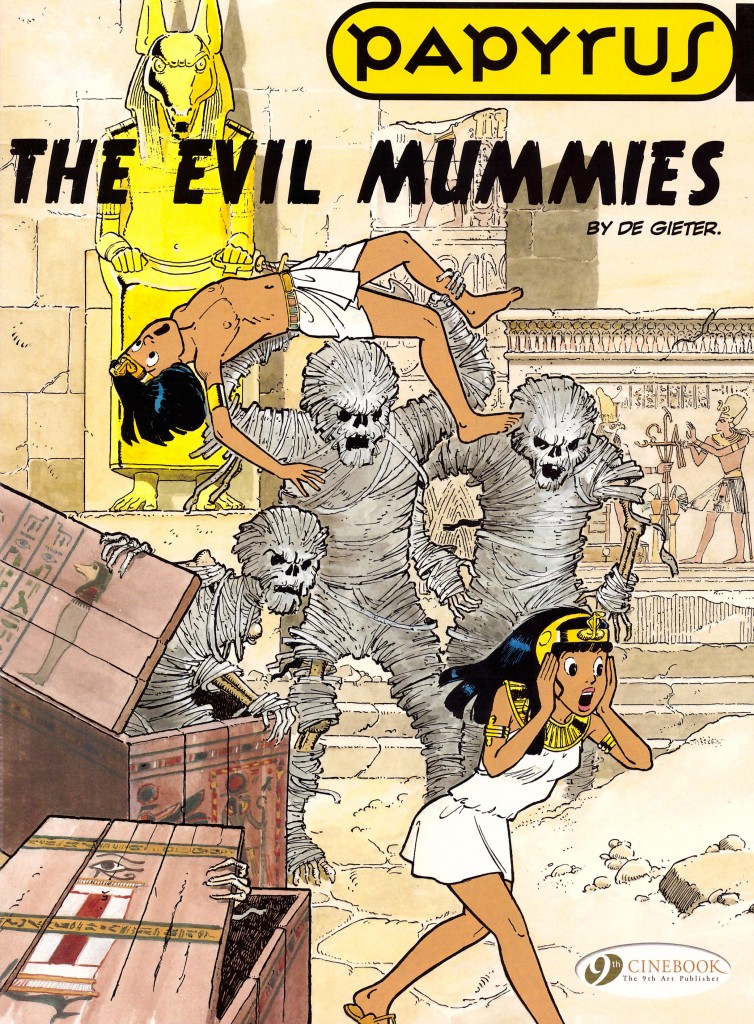 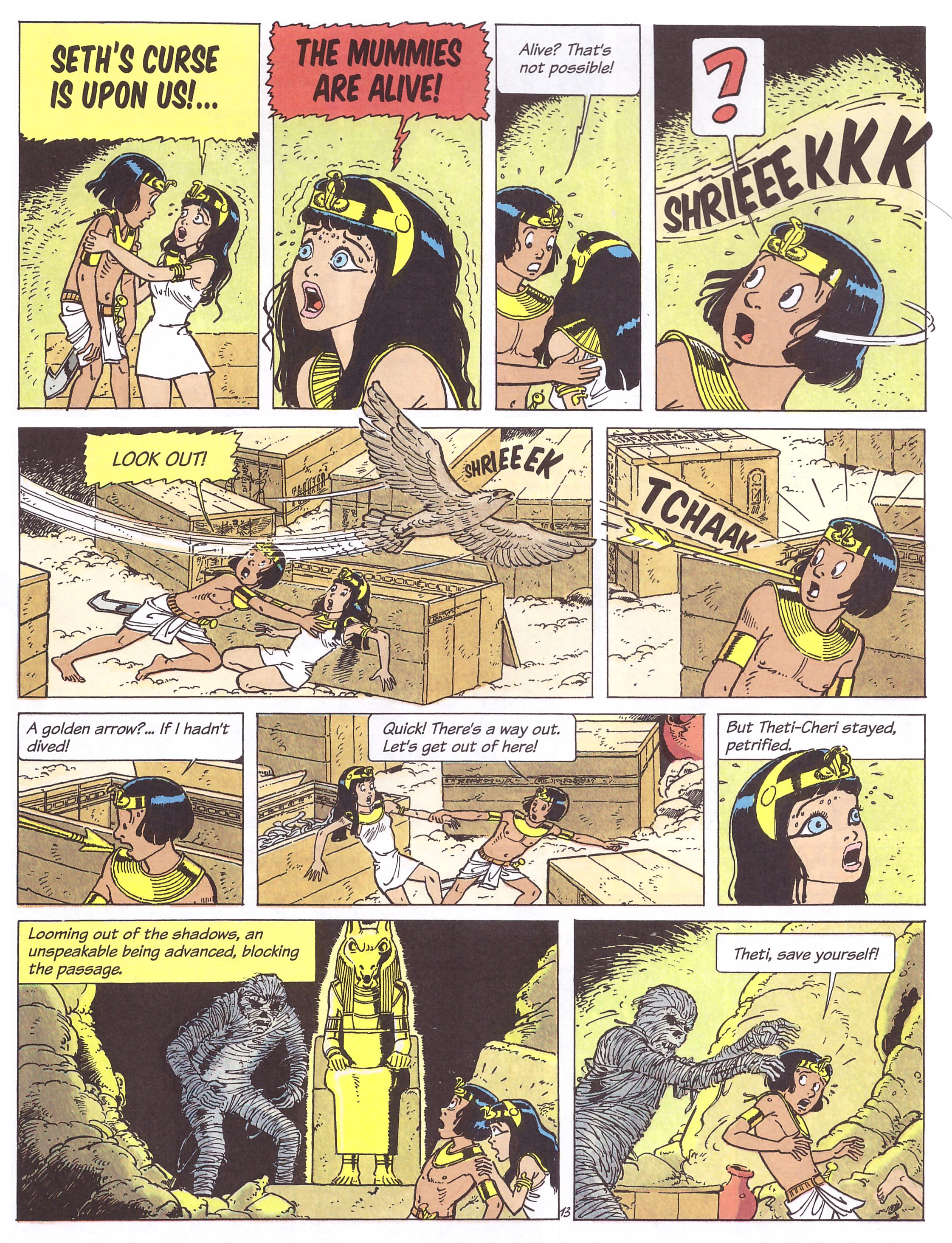 The first notable aspect of The Evil Mummies is the distinctive redesign Lucien De Gieter has given to the decades old visual appearance of the Mummy. These aren’t the tightly wrapped creatures familiar from black and white horror films, but skeletal, fragmented demons with angry features. It’s a look that works while also remaining not too threatening for the children at whom this historical adventure is aimed.

Papyrus is none too keen at having to accompany the Pharaoh’s daughter Theti-Cheri and her entourage as they make the long journey to Thebes to collect mummies of historically respected warriors. They make the mistake, however, of not showing correct reverence to Seth, the God of the desert, as they pass into his territory. “As your vigilant guardian I will spend the night in front of your door”, Papyrus promises Theti-Cheri, but that’s not quite how things proceed as Seth is a petty and vengeful God. Fortunately in a situation that would otherwise lack hope, Papyrus still has his magic sword.

Once the plot is established De Gieter provides a fabulous sequence in which Papyrus barely survives several dangers before reuniting with Theti-Cheri, at which point the vengeful mummies make their appearance.

There’s no problem with the art as De Gieter’s charming characters are embedded in stunning looking locations, all meticulously drawn, with the desert canyons over the opening pages memorable. De Gieter’s a diligent artist, not shirking from incorporating the background paintings with which the ancient Egyptians used to decorate their buildings.

De Gieter mixes real life and the supernatural well, and three-quarters of this book is fine, but he runs out of plot before the end. The long sequence involving the mummies will be engrossing for any child, a punctuated chase scene reading like an especially good episode of Scooby-Doo, but that’s all wrapped up by page 38, and the remainder seems very much tacked on to fill the page count. Two pages feature an eccentric prospector, and there’s rather a feeble explanation as to what happened to the remainder of the original party. None of this is likely to bother the children for whom the book is intended, and they’ll enjoy it as much as any other in the series.