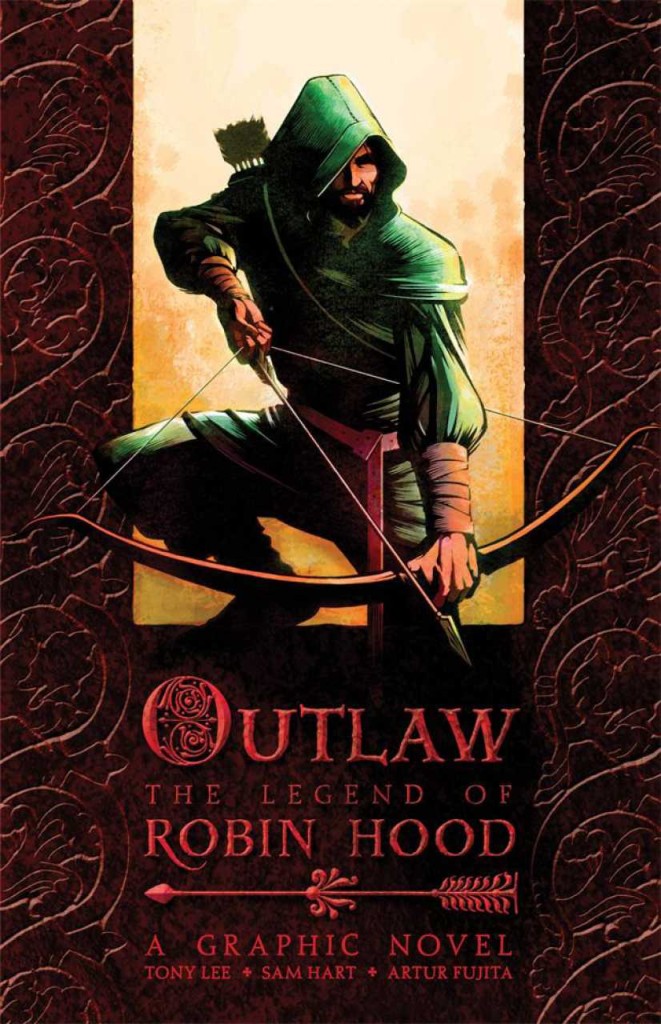 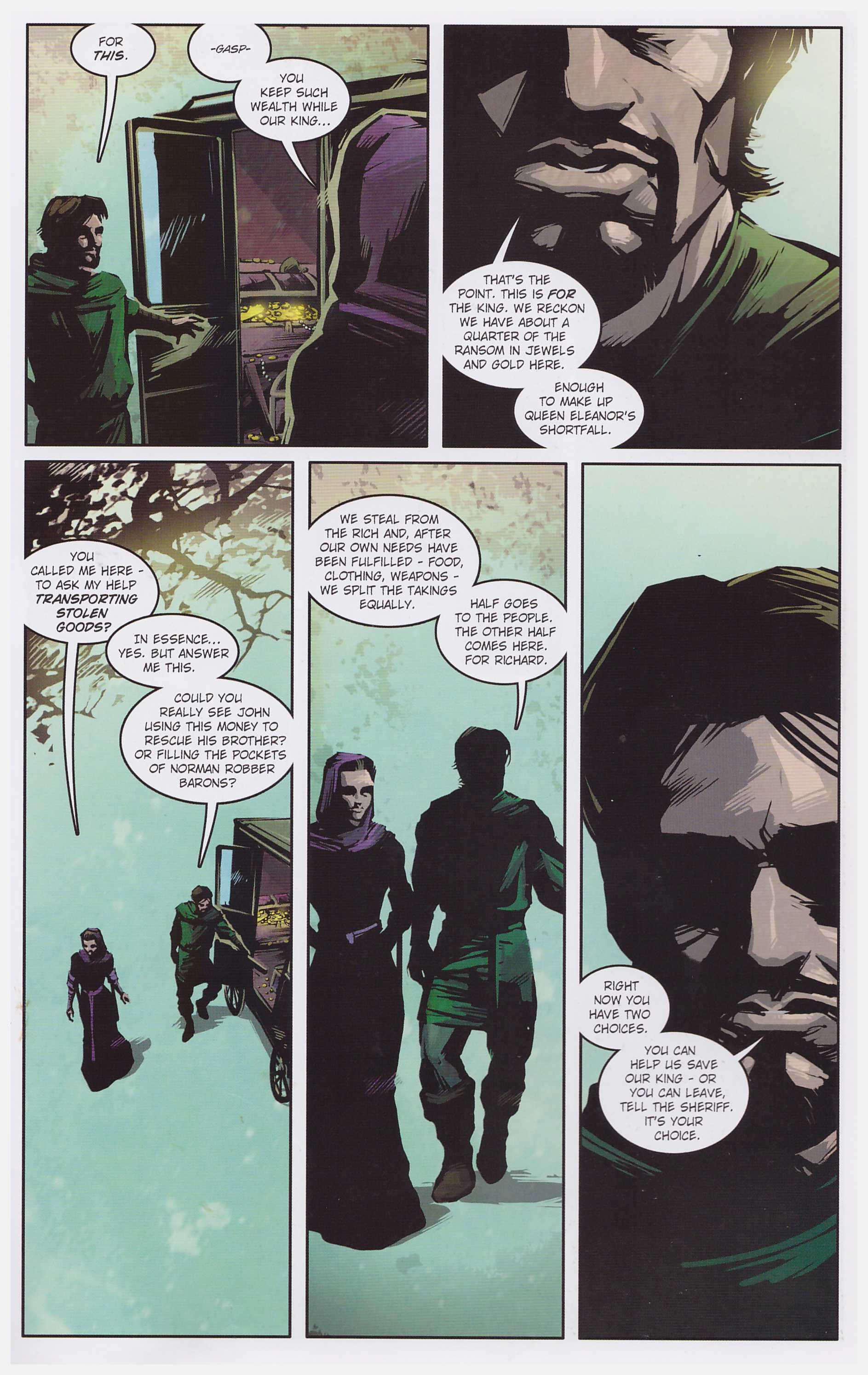 Surely every British kid has a basic awareness of Norman era adventurer Robin Hood, as every generation has their own TV reinterpretation. These prioritise the adventurous legend, and in Outlaw Tony Lee has taken this several steps forward in the first of his ‘Heroes and Heroines’ collaborations with Sam Hart.

Lee’s is a thorough extrapolation around the myth of Robin Hood. It’s not the traditional adaptation starting in Sherwood Forest, but instead begins with the young Robin witnessing a hold-up and the subsequent fate of the outlaw. Some among the more familiar Merry Men are shown as former colleagues from the Crusades, and Robin’s own crusade is placed in the context of both greed-based social cleansing and hallucinogenic vision. Lee even takes the time to explain the name Robin Hood.

The adventure is combined with well crafted characterisation. Robin is a sardonic and dashing heroic archetype as might be expected, but a shred of nobility remains within the Sheriff of Nottingham, and he’s far from the spluttering idiot usually seen on TV, while Guy of Gisburn is a malevolent presence. Maid Marian doesn’t hang out in the forest, and while being true to the myths requires her presentation as a captive woman, Lee ensures this is accompanied by a noble spirit “I am a ward of King Richard himself and I will not be spoken to like that!” Several of the primary supporting cast have a surprise revelation within. This isn’t to say that Lee discards the beats of what’s sustained the tale of Robin Hood through the centuries. All expected elements are present and correct, but Lee constructs foundations around them all the way to a punch the air feelgood conclusion.

It’s readily apparent that Hart is a very good artist, but his illustrative method for Outlaw involves picturing the cast in perpetual shade, their faces frequently hidden and much other detail rendered murky by an excess of black ink. This would just about work if he’d considered light sources, but he hasn’t, so we have scenes such as Robin addressing his troop in broad daylight atop a log in a forest clearing, yet somehow his face is still covered in shadow. Whether intended to instill a mood and misguidedly taken too far, or a method of avoiding detail rather than any style, it lessens much of the emotional depth. The art’s further diminished by Hart’s chosen colourist Artur Fujita, whose work consists of variations of a single shade, primarily green or purple, used for an entire spread. Effective on individual pages, it creates a uniform dull sheen sustained for an entire book.

The art very much works against Lee’s sprightly script, but there’s still much to enjoy for any child who appreciates a rollicking good adventure.