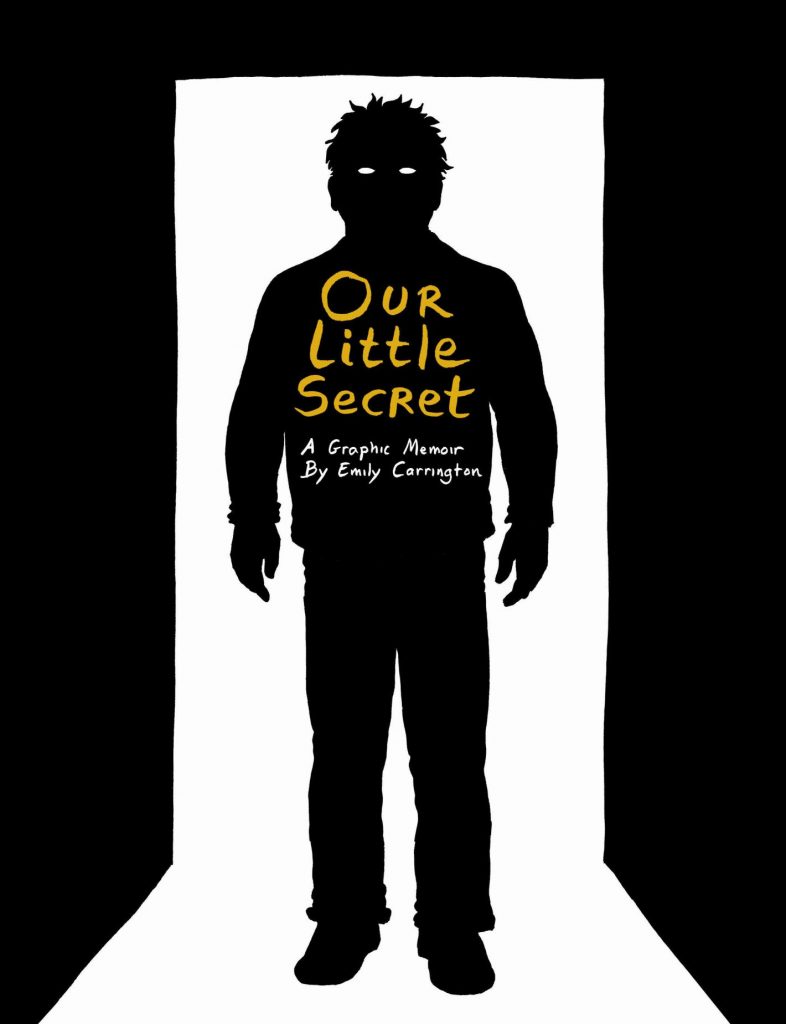 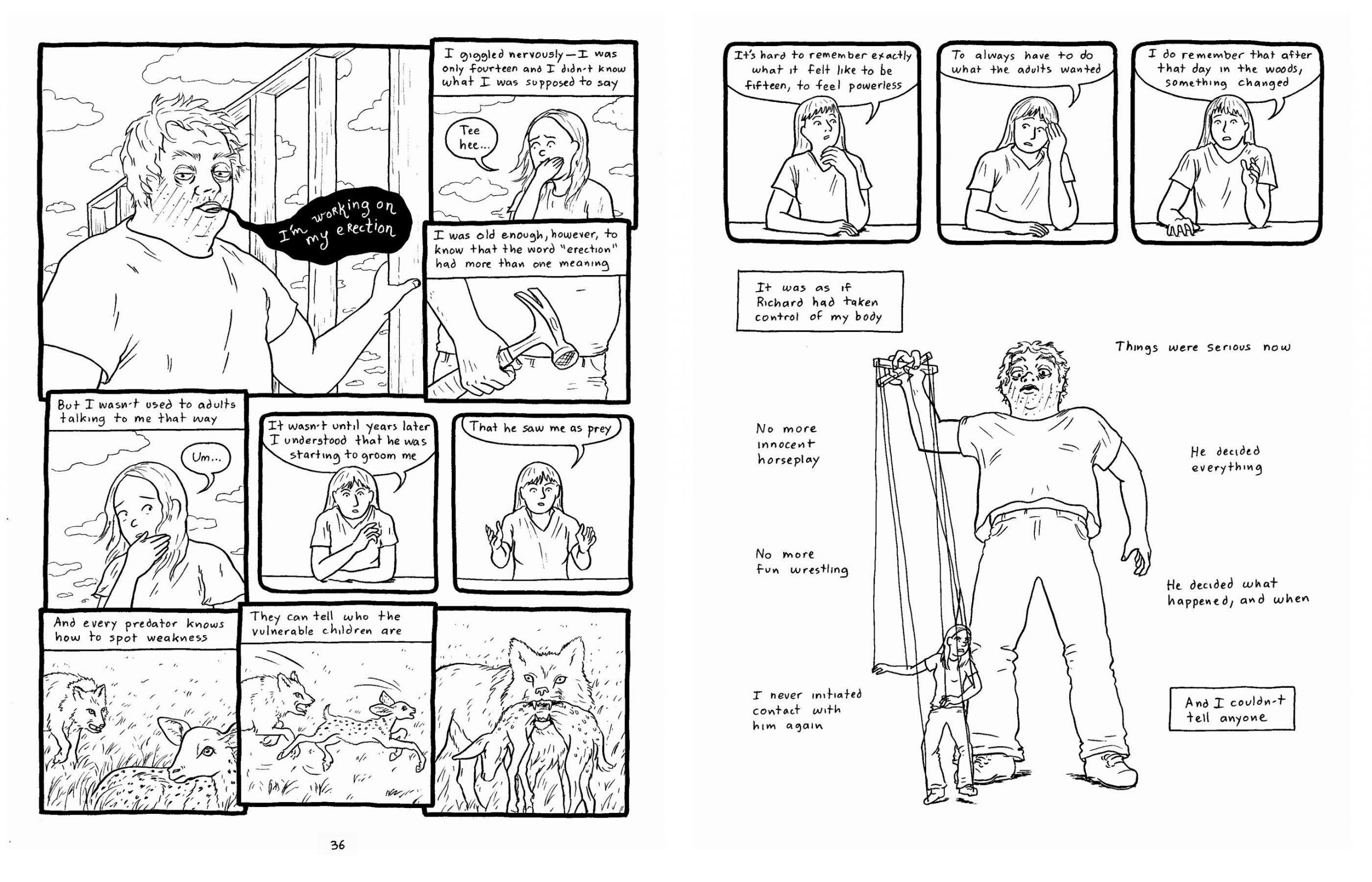 Some graphic novels are read for the sheer enjoyment of immersion in a fantasy world, and some are read to learn about circumstances that it’s hoped never affect the reader or anyone they know. Our Little Secret falls into the second category as a chronicle of the author’s abuse as a 1980s teenager.

Emily Carrington was brought up in Canada, her English parents eventually separating after an escalatingly fractious relationship. Emily’s eccentric father moves to a wooden shack on the remote Prince Edward Island, and she chooses to remain with him, thinking she’ll still be able to ride the horse that provides comfort from an angry father, and avoid a sometimes violent mother. Due to her incapable father it proves no home, and Emily feels more comfortable in the warmth of Richard’s house where she can play with his daughter, also her age. Terrifyingly, she notes that had she been aware of what was to come she’d have preferred the cold and inconvenience of her own home.

The abused in some cultures are still treated as if abuse is their fault, and such is the ingrained shame that anyone coming to terms with what happened to them and calling out their abuser has to overcome considerable social pressure. It requires a strength most of us never have to muster. Emily follows the sadly common pattern of considering she’s responsible for betraying Richard’s family, feeling there’s no-one she can turn to, and considering the slow grooming process leading to intercourse is inevitable. The course of her fifteen year old life is heartbreakingly depicted in neat and simple cartooning, leading to a terrifying reconnection decades later when the long buried “secret” and how it’s shaped her life bubbles to the surface. This is initially repeated sex with a minor, before her own manipulative sexual encounters become part of continuing self-destructive behaviour.

Several shocks follow the initial abuse, not least how many men are able to take advantage of positions of power to engage in sex with an underage girl, and that until 2008 the legal age of consent on Prince Edward Island was fourteen. Midway through we learn a civil case has been presented to the Canadian courts, and a further shock is that when the cathartic process of Our Little Secret began it had been trundling through the system for nine years. That process is also laid out in heart-rending detail, and taking advantage of someone vulnerable is again on the agenda.

Because everything is so assured and competent, it’s worth stressing this is Carrington’s first graphic novel, and even discounting the sad and gripping content, her imagination flies and her techniques are accomplished. She’s taken a course in comic creation, and a clever sequence relates her own circumstances to the story arc of the hero’s journey, learned on the course. That ties into what raises Our Little Secret above comparable memoirs of abuse or disorders. Carrington’s insightful self-reflection on her past and her present day resolve connect as much as the sympathy and horror at the revelations, and how she’s let down at every turn.

Because so much is harrowing, it should be mentioned that there is a form of closure following the hero’s journey arc, just not what Carrington imagines at the start. Hers is an appalling story admirably and engagingly told, and while not comforting, it’s a powerful rendition of trauma and catharsis. 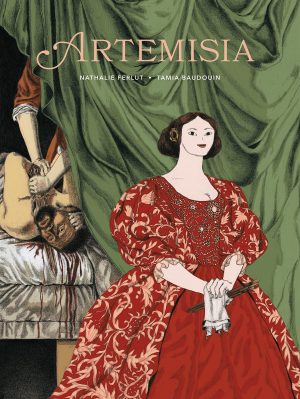 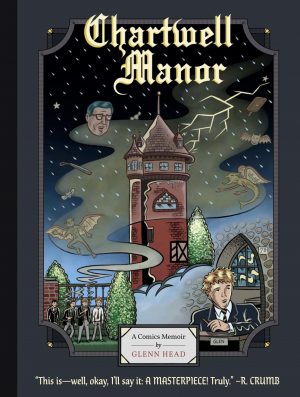 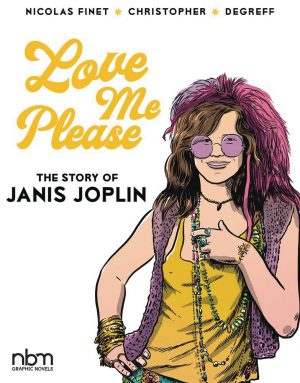 Love Me Please: The Story of Janis Joplin