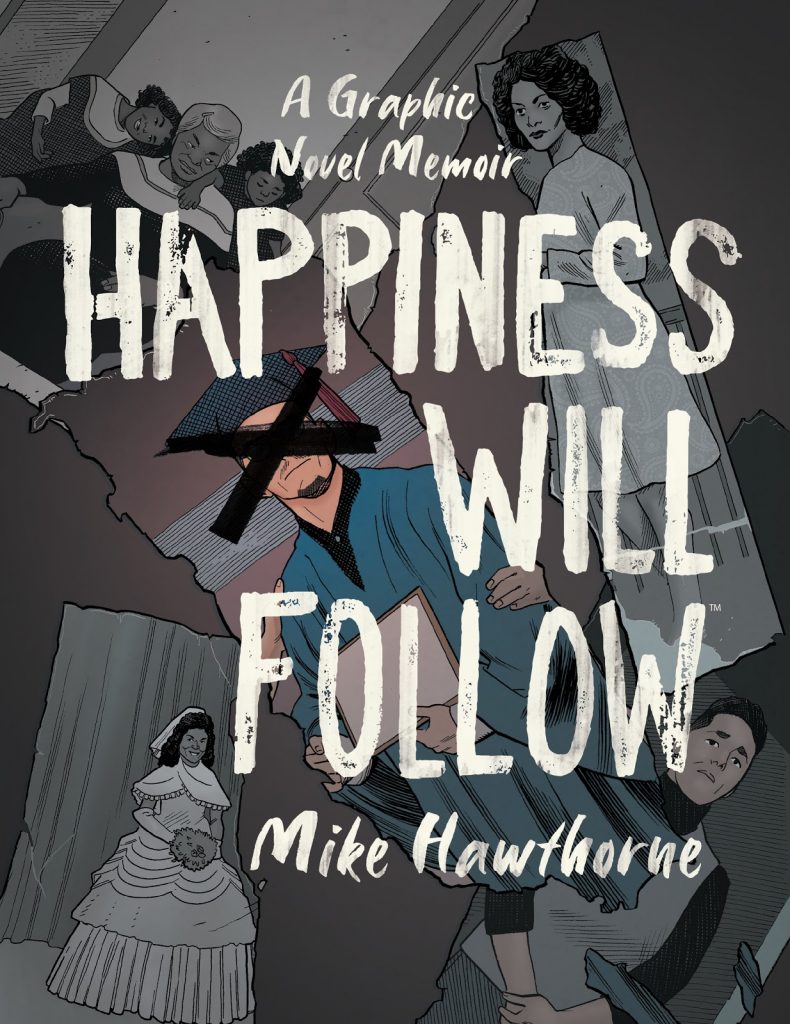 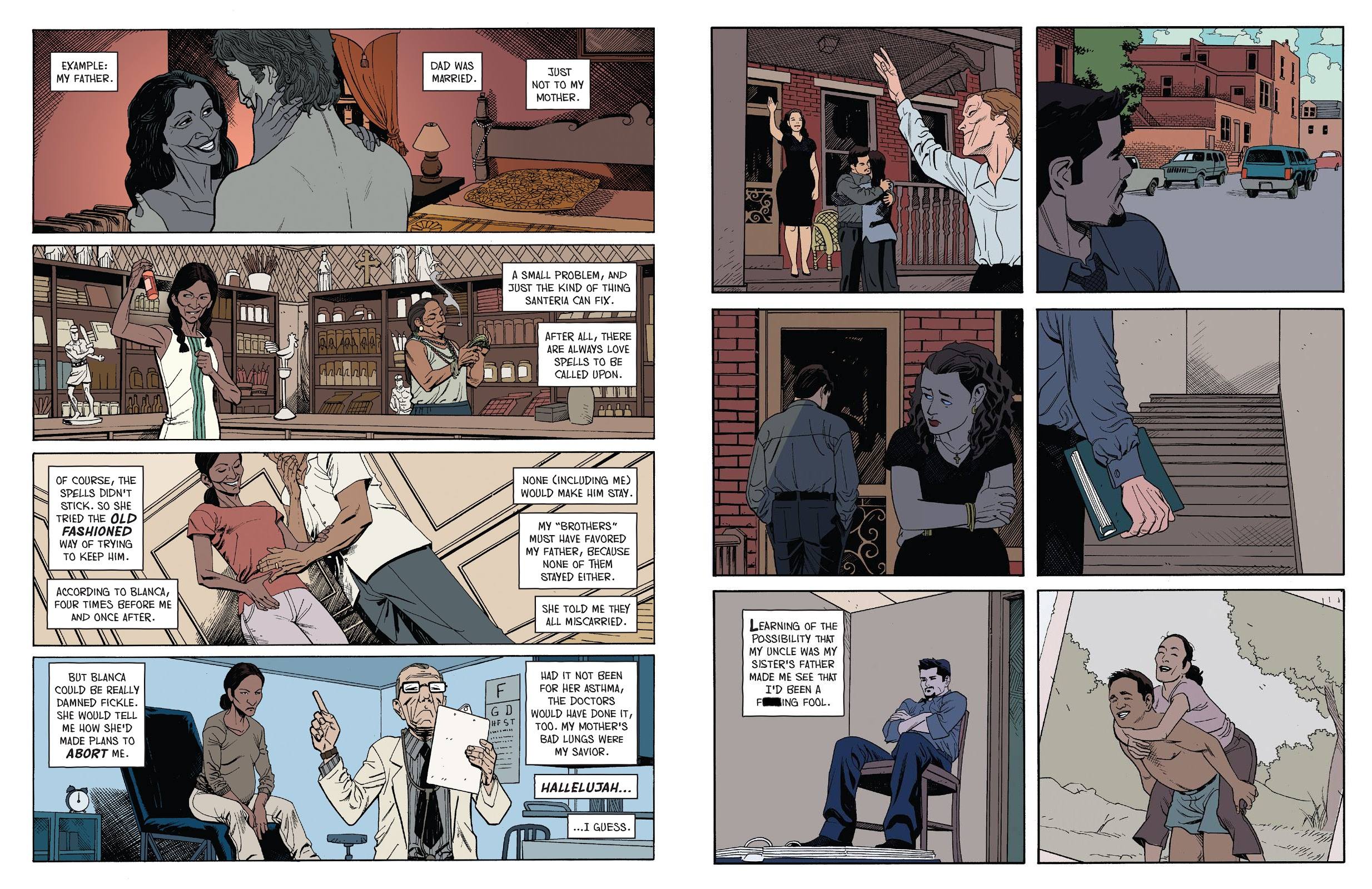 Anyone who’s read a broad sweep of American comics will have come across Mike Hawthorne’s work at some stage with spells drawing Conan, Deadpool and Spider-Man three of his higher profile contributions for larger publishers. Happiness Will Follow is completely different, being the story of his 1980s youth.

That story begins and ends with Blanca, his Puerto Rican mother, who’s an extremely complicated character. Loving to some, unable to forgive others, and an abusive single parent that Hawthorne loved anyway, her life blighted in ways we discover. One is an unshakeable belief in the Santeria traditions of her homeland. To some this will be superstitious nonsense, while others will credit we can’t know everything. Hawthorne doesn’t care. He just explains it how he lived it, which in the manner of all children is accepting everything as normal and only later realising that his childhood was unconventional. He explains Blanca’s philosophy as being that you either took shit and became a victim, or handed it out, and while she handed plenty out, she also saw it as her duty to provide for her son, which added even more complications to their lives.

As autobiographical recollection Happiness Will Follow astonishes again and again. An early signifier is terror instituted by a shoe placed by the front door and how it’s interpreted, and on each occasion it seems the most astounding or shocking revelation has been disclosed, Hawthorne will top it a few pages later. This is a process maintained until near the end, making for an extraordinary story. He also has a great personal understanding of man’s inhumanity to man, having been brought up in desperate poverty during the Reagan years, when too many swallowed the demonising lie of the poor being a drain on society. Hawthorne doesn’t preach, but unflinchingly shows the consequences of depriving entire communities of any hope life will improve. It’s difficult to believe anyone could read this book and maintain a belief in the lie about being poor. Thankfully, as we know from his subsequent career, Hawthorne found a way out.

His art still retains some stylistic tics and dramatic shortcuts learned from superhero comics, but in most places these don’t trivialise, when that could have been the case. Elsewhere there are clever touches combined with the writing, one near the end about losing footing standing out Otherwise, the precise backgrounds especially, but also some characters have the look of Jaime Hernandez’s simplicity about them. Hawthorne’s not as refined, but he doesn’t need to be for the story he’s telling.

There are autobiographical comics even better drawn, and stories where the end position is considered by society to have greater worth, but in terms of achievement Hawthorne’s ascendency is monumental. He’s abidingly honest, but without resorting to self-pity, yet ends by wondering what he’ll pass on. It’s the uncertainty all parents feel, but for Hawthorne intimately connected with his past. Anyone with a shred of humanity will be touched by what they read, and it’ll stick with them.