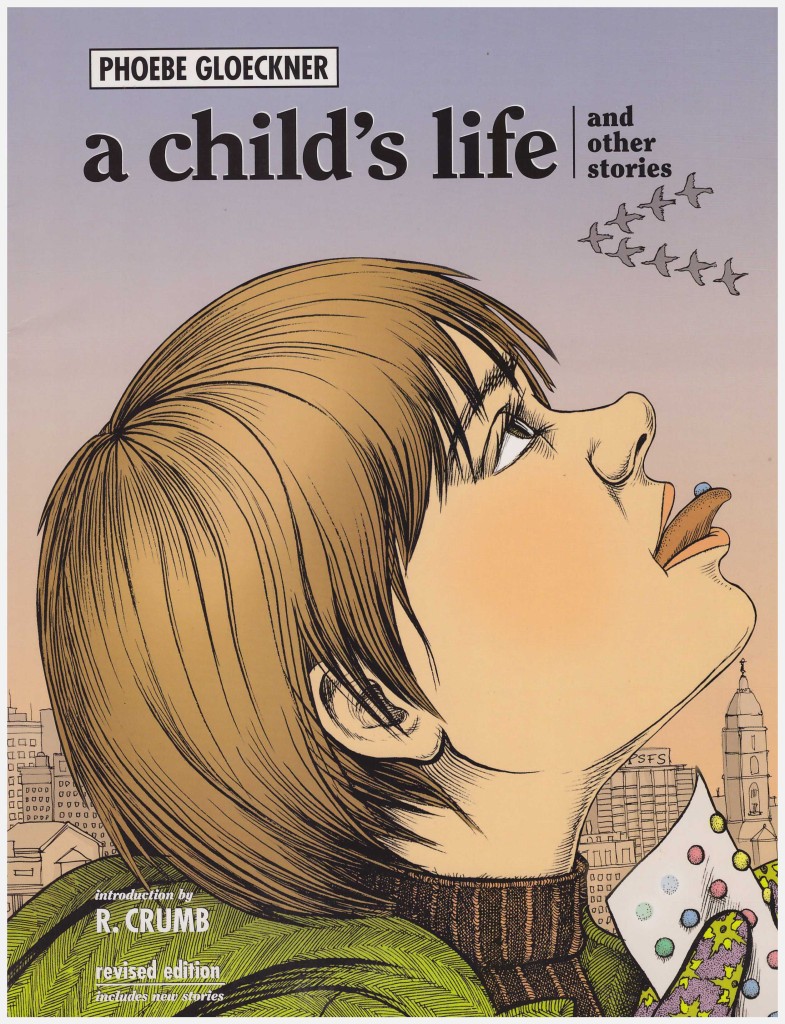 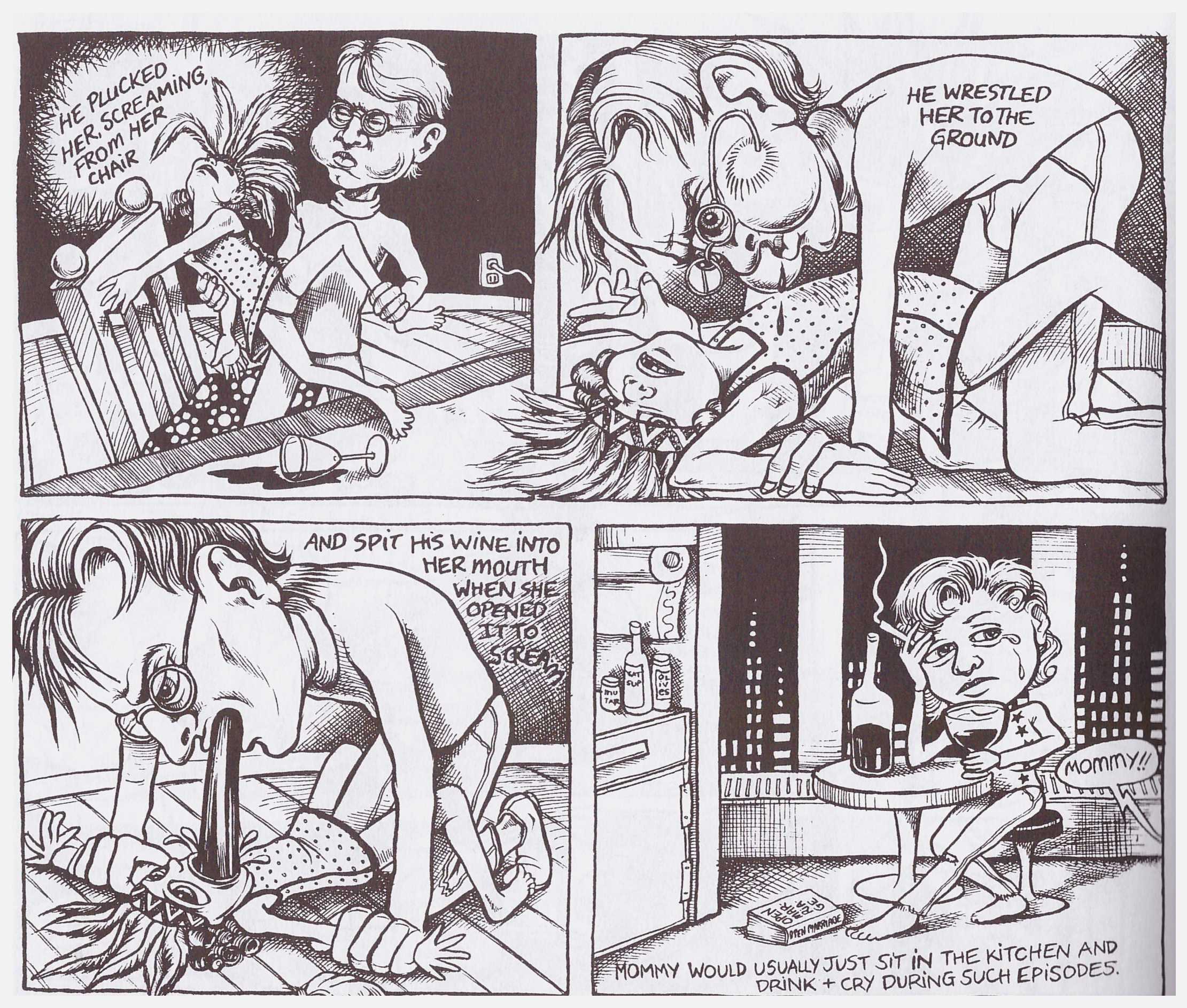 This gathers the comic strips of Phoebe Gloeckner published in various anthologies from the mid-1970s, then adds a large quantity of new material. When the reprinted strips are removed from isolation and placed into context, they form a horrifying document of an abused childhood leading to later problems.

Gloeckner’s cherubic people and easy on the eye illustrations deceive, promising a comfortable read, but delivering a sugar-coated pill. Horrors lurk on most pages and any rational reader will wish they could reach back into the past to batter some of the people whose abusive behaviour is detailed. There are moments of poignancy and humour, but few are the occasions when a smile isn’t followed by shock.

The strips vary between explicitly autobiographical and those a little more open to interpretation, although Gloeckner utilises an alias, primarily Minnie, for all the young girls appearing in these stories. The same themes persist, though.

There’s an extraordinary and impressive selection of artistic styles on display, as Gloeckner obviously doesn’t feel the need to restrict herself to the single approach. The most commonly used is densely hatched and heavily inked cartooning, but we also have wispy sketching, grey toned wash, and variations on the 1960s and 1970s Underground styles. The book also includes poster illustrations, and amusing medical cutaways of sexual situations. Some people will be offended by the high sexual content, but they’d be better off focussing their anger on the atrocities. Don’t be put off by the back-cover copy, which makes an eminently readable book sound a pretentious indulgence: “mirroring conjunctions between anatomical landscapes and far emotional journeys”.

Much of the same ground is covered less effectively, but in greater detail in the illustrated novel The Diary of a Teenage Girl. The approach of combining text, illustrations and comic strips is a successful experiment, and while incorporating some of her earliest work, the new strips, and particularly illustrations, produced for this volume are very good indeed. To avoid repetition, though, read one or the other.