Our Army at War 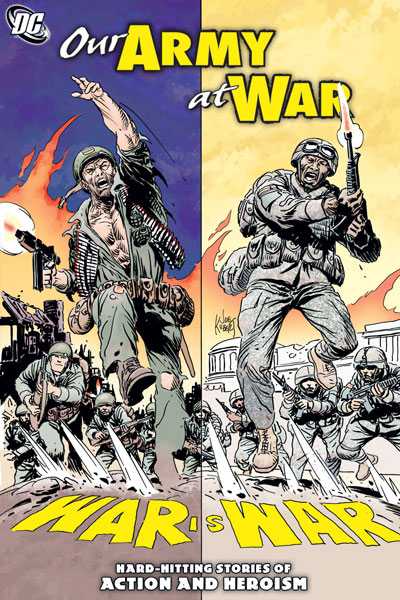 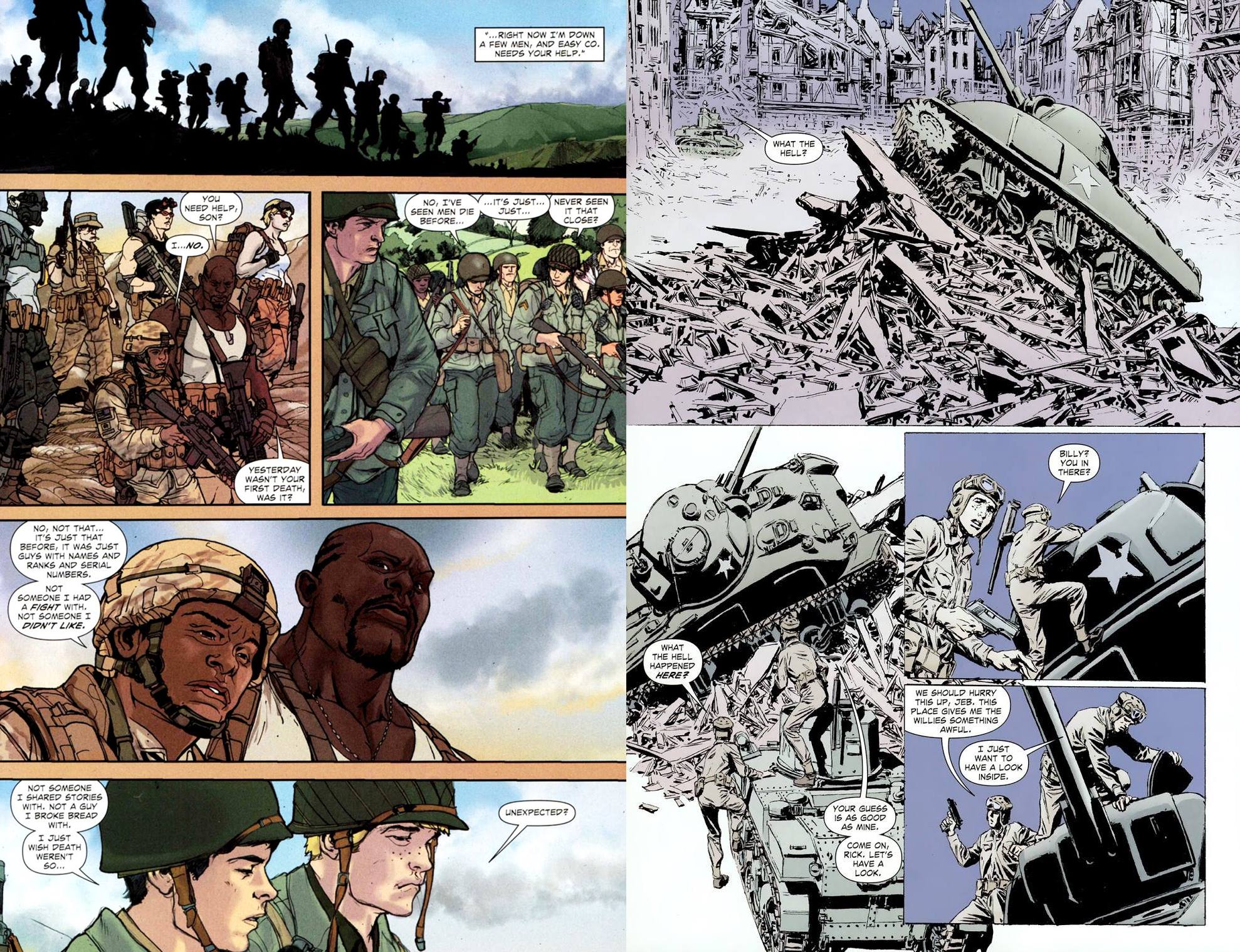 Our Army at War presents seven stories featuring DC’s once popular war heroes, constant sellers from the 1950s to the 1980s, but by 2011 no longer the star turns they once were.

‘Time Stands Still For No Man’ draws the comparison that there’s very little difference between the troops on the ground fighting World War II and those sixty years later in Afghanistan. Mike Marts switches the dialogue between two time periods, compares Sgt Rock and Easy Company with Captain Duncan and his Gods of War, and it’s nicely drawn by Victor Ibáñez (sample spread left). However, while there are emotional buttons pushed, it’s an okay outing, not a memorable one, although did prompt Joe Kubert’s fine cover art.

Matthew Sturges writes ‘Listening to Ghosts’, starring Jeb Stuart and his haunted tank, guided by the ghostly incarnation of his Civil War ancestor. It proves the best of the longer material, also drawing attention to the cost of war, but investigating the relationship between Jeb and ghost, and having the distinct advantage of Phil Winslade’s depth of detail when it comes to the art (sample spread right).

Three short stories represent Weird War Tales. Darwyn Cooke’s whimsy stands out as coloured in bright red by Dave Stewart, but it’s an extended nonsense piece with no great pay-off. Ivan Brandon and Nik Klein start well with the horror of being trapped in a sunken submarine, but the weirdness is glued on. Gabriel Hardman’s art is stunning on the best of the weird trio as Jan Strnad focuses on two lifelong friends trapped behind enemy lines. Strnad introduces the weirdness logically, and provides Hardman with some fantastic visuals. It’s the collection highlight.

The Losers feature in ‘Winning Isn’t Everything’, also set during World War II. B. Clay Moore’s script is word and explanation heavy, but provides a role for each of the Losers amid a gung-ho throwback to the old days of barely credible heroic exploits. Chad Hardin’s art similarly avoids reality, on one occasion having two of the Losers standing outlined on a hill overlooking a German airbase.

French resistance fighter Mme Marie stars in ‘Vivre Libre ou Mourir’ (Live Free or Die) by Billy Tucci, a tidy, twisting story that would have been better drawn by Tucci himself. Justiniano’s art is all wild viewpoints and cartoon faces, while it looks as if Tom Derenick finished his pages at short notice. The story deserved better.

Overall this is a collection that just about works, but won’t have done anything to revive the genre. 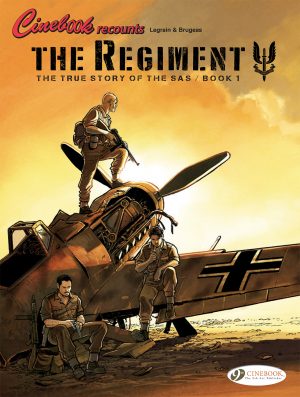