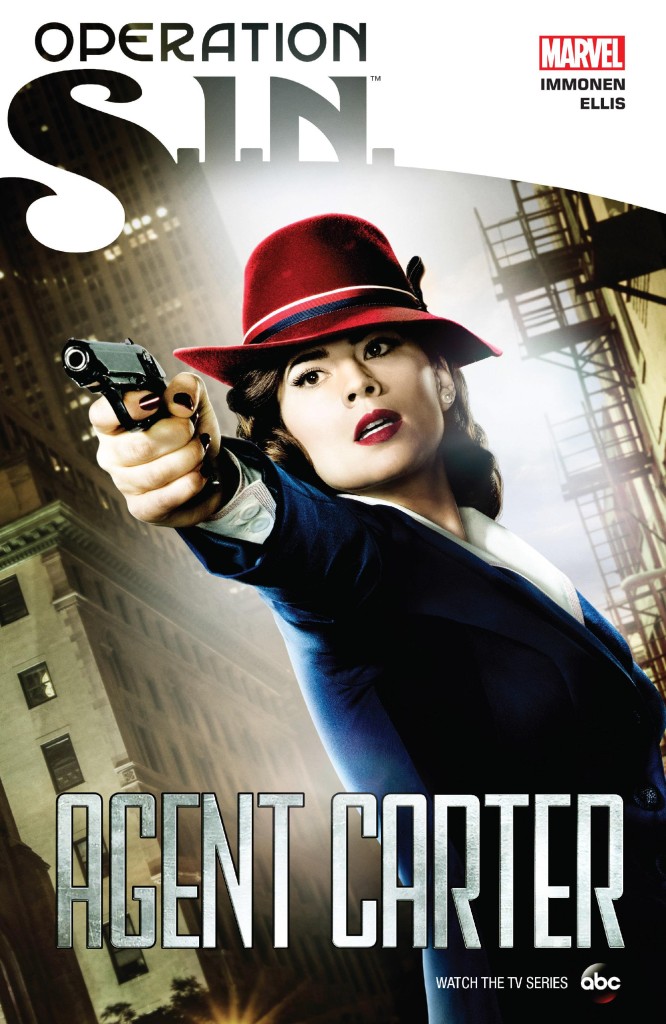 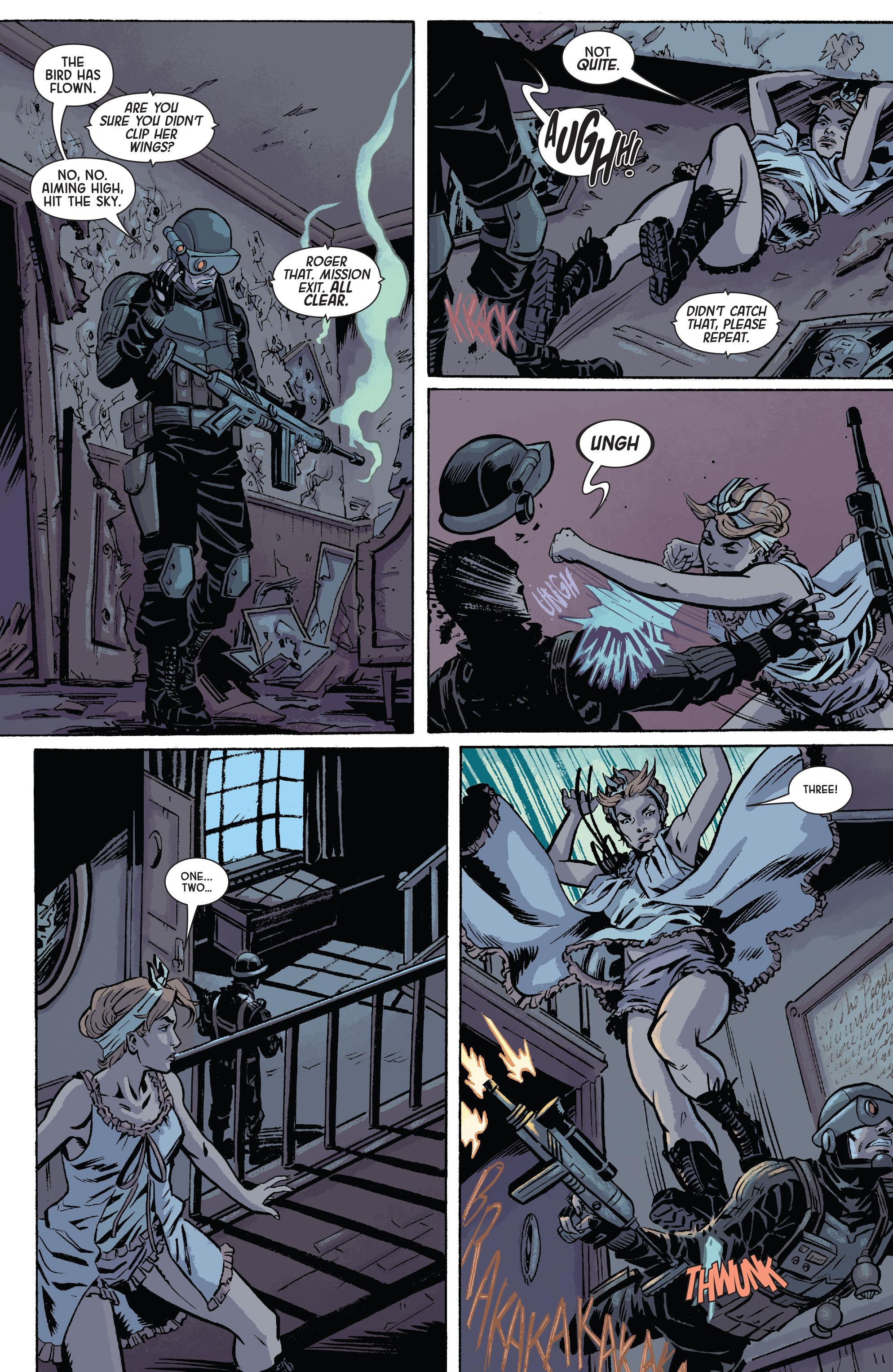 Marvel made surprisingly little effort to the promote the Agent Carter TV series with accompanying graphic novel product, and Operation S.I.N. was their only attempt at cross-pollinating an audience. It’s a puzzling neglect.

Peggy Carter established her reputation acting as a resistance fighter in occupied Europe during World War II, where she met and romanced Captain America. On returning home to the USA she was recruited into then just founded government covert agency S.H.I.E.L.D. by Howard Stark, the man who’s apparently now attempting to murder her. This is during the course of an effective opening sequence of Peggy facing down an armed and armoured intruder that displays her capabilities.

Kathryn Immonen’s take on Agent Carter appears to be that of Katherine Hepburn’s screen roles, sparky, assertive and no-one’s mug, with Stark filling the Spencer Tracy role. While an entirely viable interpretation, it generates a couple of problems. Most of the intended audience for the graphic novel will be unaware of Hepburn and Tracy, which renders a pastiche of their boisterous and quick witted on-screen relationship, however clever, lacking credibility. Would a qualified agent really take on a mission for a man who’d sent an assassin to her house to prevent her becoming bored?

Rich Ellis’ pages are a throwback to the days when artists told a story around more than just figures, filling in the backgrounds that convey much of what occurs as the cast travel to Russia. His characters are well defined and distinctive in a fashion that borders on cartooning, but maintains a realistic approach. While the final chapters look rushed in comparison with the earlier pages, he’s on the verge of becoming a very good artist indeed.

There are plenty of references to have those who know their Marvel universe inside out purring, and the finale features a well planned sequence displaying three sets of events occurring simultaneously, but overall the story doesn’t entirely work. There’s the minor annoyance of Immonen being unable to resist a smart line (“mother Russia devouring fathers” is one) even if it’s totally out of character, and the plot additionally throws in too many wildcard elements to pull together satisfactorily.

A second story is set during Carter’s World War II days in France, but that’s even weaker. Immonen’s dialogue is barely credible in places and Captain America’s part is very uncharacteristic. Ramon Perez all too often illustrates the cast as if posing, but conveys the atmosphere well in a style harkening back to the classic strip illustrators of the 1940s.

The shame of everything is that there are some good ideas present, and they needed shaped into something more cohesive and credible.