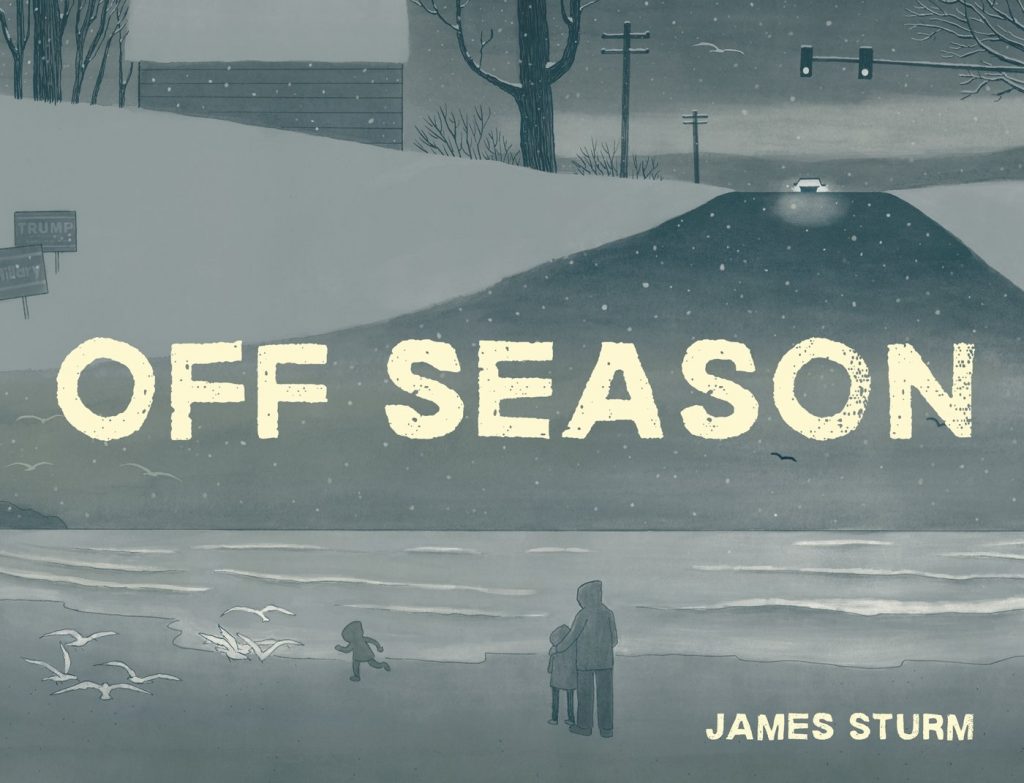 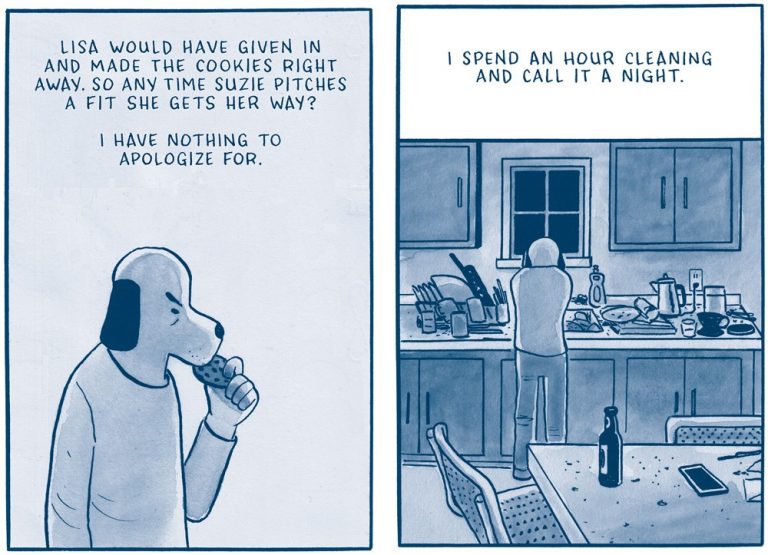 Off Season is somewhat the departure for James Sturm. He returns to drawing people as animals, as he did in his first serialised project, the never collected or completed Cereal Killings, and instead of focusing on obscure history as a means of telling a very human story, Off Season is set largely in 2016.

Mark and Lisa were once happy, but never revealed problems have pushed them apart, and Mark is struggling. He’s a builder now forced to work for others, and his current client is screwing him, something Mark is aware of, but like other matters in his life, he can’t bring himself to confront the guy about it, and it adds to his bottled resentments. Although his children live with Lisa, Mark is diligent about his duties, while the eldest daughter manipulates one parent against the other. A further kcik in the teeth is that Mark’s own parents leave him out of the loop, yet include his absent older brother with whom he has a competitive relationship.

There’s a consistent political undercurrent to Off Season. Mark and Lisa split soon after they’d campaigned for Bernie Sanders, but while Lisa has turned her attention to Hillary Clinton, Mark doesn’t trust her. He’s aware of Donald Trump’s shortcomings, but won’t outright condemn him, and it prompts speculation if Off Season is Sturm attempting to come to terms with why someone would vote for Trump. Certainly Mark feels shafted by life in so many ways, and his feeling is that Clinton doesn’t understand his problems.

It’s uncertain why Sturm chooses to draw his cast as dogs. A line about humans wearing animal masks in plays notwithstanding, there seems to be no great purpose. Dogs generally represent a form of loyalty, yet Mark receives very little of this and although he has a very long fuse, everyone is drawn in dog form. Perhaps it’s intended as whimsical lightness amid the downbeat drudgery of Mark’s life, drawn in a muted, mood-reflecting greyish blue, but the melancholic tone persists.

In keeping with the lack of sentimentality, the final chapter is a drifting away from Mark and Lisa with the accompanying illustrations being of a cat coughing up a hairball, perhaps a less subtle analogy than others. As in most of Sturm’s projects, an adherence to reality as it is for the protagonist is absolute, and while nuanced, the minimalist portrait has no spark, lacking the contrast a historical background brought to earlier works. It’s intended that Mark could be your neighbour, but most people’s neighbours aren’t that interesting. 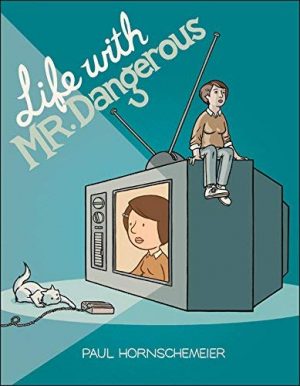