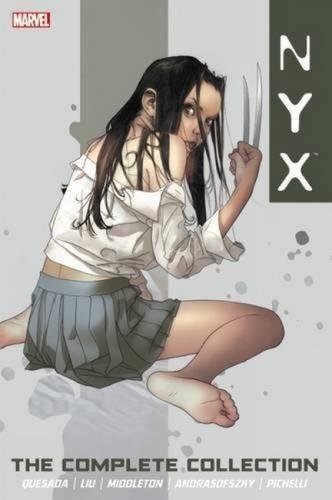 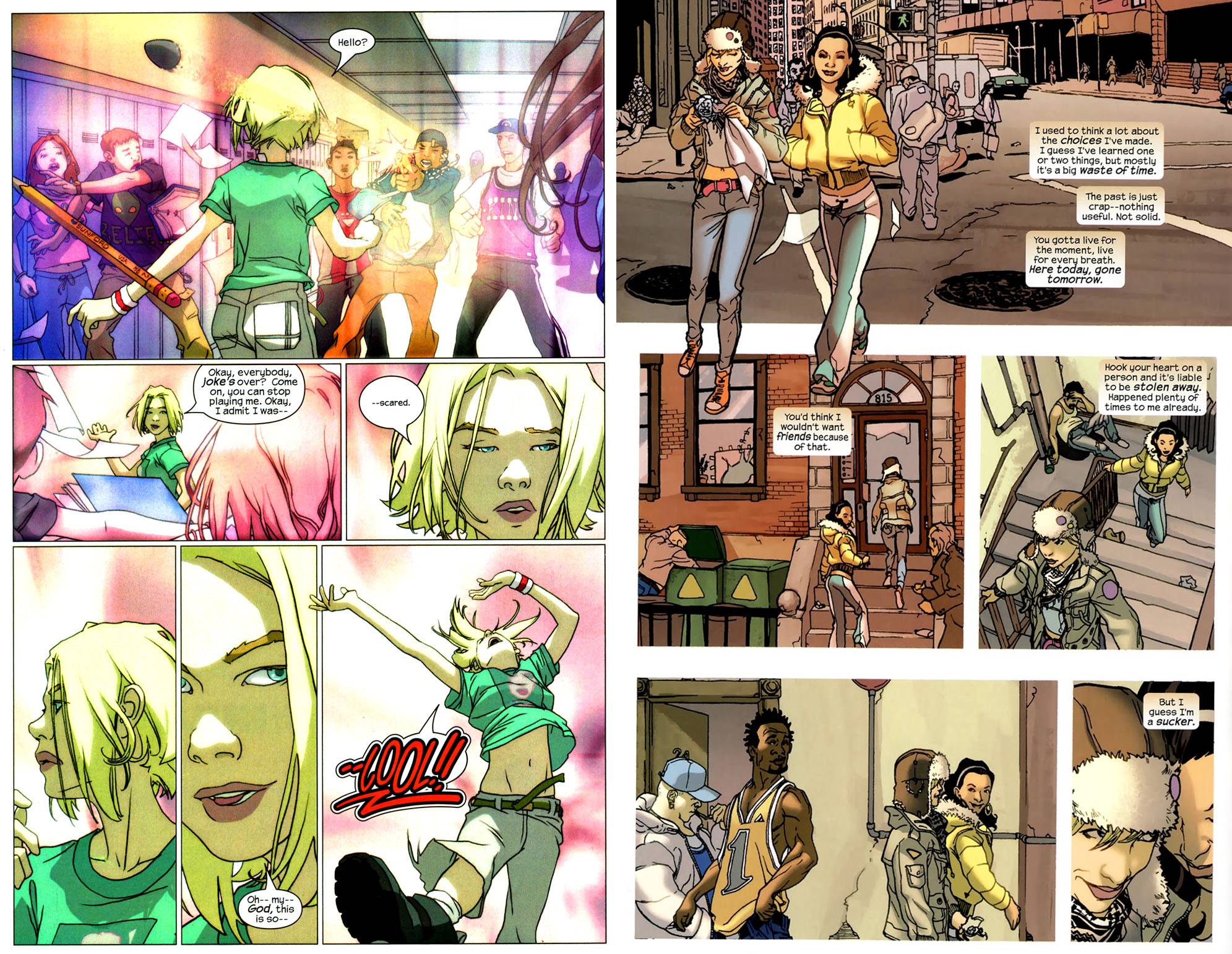 NYX, when it begins at least, takes a very different approach to teenagers discovering they have mutant abilities in the Marvel universe. Rather than a squad of X-Men turning up to offer comfort and a place on the team, these teenagers are left to fend for themselves, as the title suggests, in New York. Over the opening chapter Joe Quesada and first artist Joshua Middleton’s drama is so good you’ll forget NYX is meant to be a superhero series. Unfortunately, by the end of the first story we have a different artist, confusion and too many one-dimensional characters. There’s also been the disturbing sight of X-23, here Laura, introduced as a possibly underage prostitute. What was Quesada thinking?

The cover would have you believe this is Laura’s story, when in fact her role is background beyond setting the action in motion. The star turn is actually Kiden Nixon, who saw her police officer father murdered when she was seven, yet his ghostly corpse manifests and talks to her. She’s also able to stop time, nicely explored even if the series second best character, concerned high school teacher Cameron Palmer, has trouble taking it in.

Via defining a look for the series, particularly with his distinctive colouring, Middleton (sample art left) is the best of the four artists here, although artistic quality is high throughout. Middleton’s appealing form of naturalism isn’t quite imitated by Robert Teranishi, whose approximation for the sake of consistency is awkward. The second story is primarily Kalman Andrasofszky’s work (sample right), very good to begin with, but gradually not as expansive or detailed. Sara Pichelli pitches in with a couple of spreads. While praising Middleton’s art, it should also be mentioned that he has a tendency toward exploitative images of underage girls.

Marjorie Liu’s second story also begins well, not least by ensuring the main cast all have their personalities bolstered, and by clarifying exactly what their powers are, which wasn’t always clear before. However, what was obviously intended as longer is very rapidly closed off in the sixth chapter, leaving a lot unexplained. This isn’t just a few unanswered questions, but elements so fundamental that the lack of explanation undermines most of what’s happened. We don’t know who the villains are, why they’re behaving so abominably, why someone who should be beyond fear has allied with them or what the hell happened to Laura, who’s disappeared in the few months before the first and second stories. No reason is given for her absence, although the curious can check the first volume of X-23: The Complete Collection for her background.

While everyone loves X-23, it’s strange that no-one saw the possibilities in Kiden, who can stop time and wander through a still world. “You’ve been gone for over six months” she’s told at one point, whereas it’s actually far longer. It would take Matt Fraction’s sardonic Sex Criminals to exploit the possibilities of that power set.

Quesada’s attempts to have up to the minute street slang in 2004 means that dialogue now reads as dated, and both stories start well and decline, but crucially both still have their moments. If you’d just prefer one of them, they’re available separately as Wannabe and No Way Home. 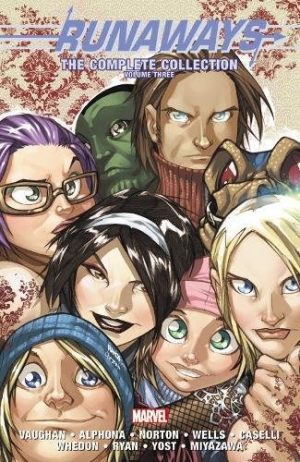 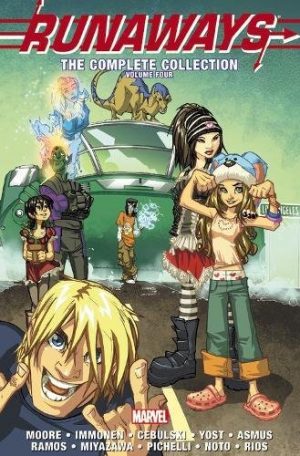