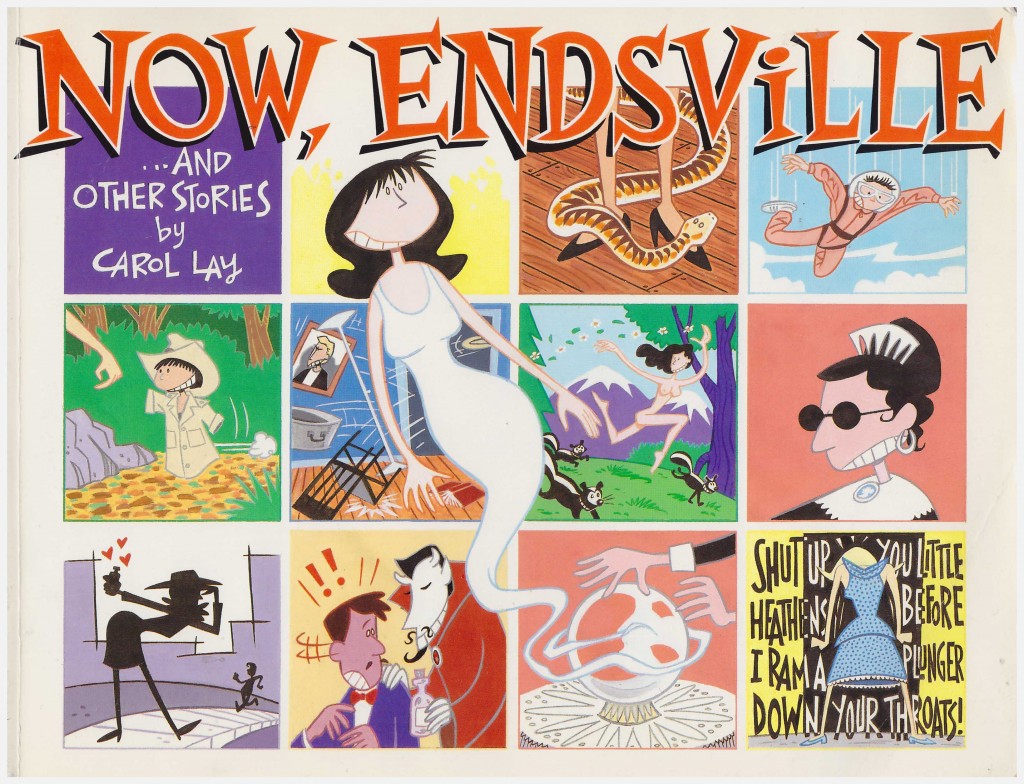 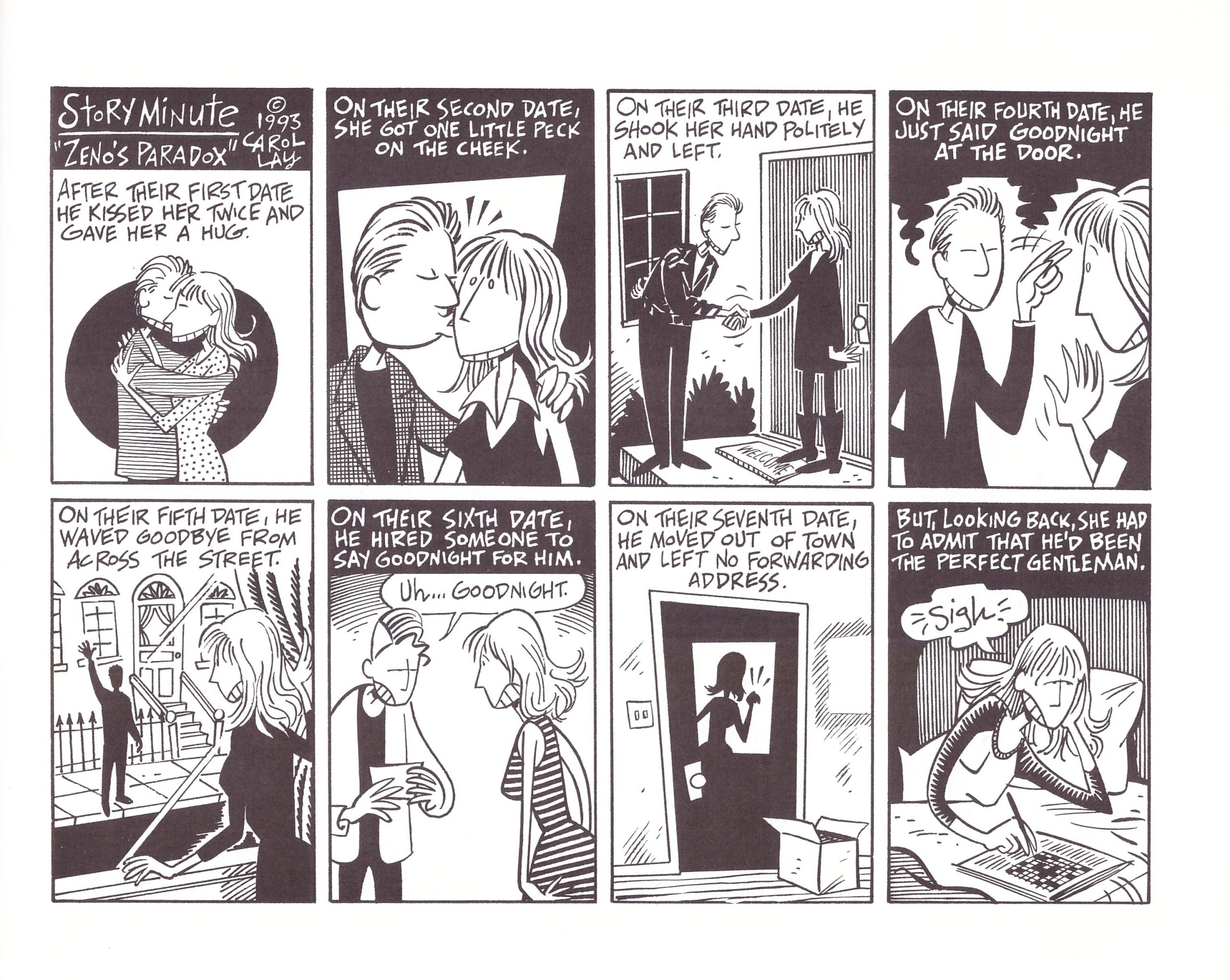 Carol Lay is an under-rated treasure in the comics world. She supplies a unique perspective to her material, and it’s difficult to imagine anyone else being able to duplicate her personal blend of whimsical good humour and plots that veer off into left field (although Takeshi Tadatsu gives it a try in the later Strip Joint). There’s a heartening emotional core to all her best creations, and it should be underlined that despite romance and relationships being topics frequently explored this is material that men should also enjoy. In fact, many might be improved by understanding a woman’s perspective along with a lot of laughs.

That said, however, Now, Endsville is relatively early material. None is poor, and the cartooning throughout is fantastic, but this lacks the consistency Lay would later develop.

The opening strip is as good an example of any as to what Lay provides. A family discover a mysterious creature under their futon. It’s never fully seen, but emerges in quiet moments to divest the house of all dust, dirt, grime and household waste, depositing somewhat addictive lilac smelling balls. In five pages Lay introduces the creature’s habits, lays bare the family dynamics, and examines its loss. It’s a compact gem.

Compact gems are stock in trade for the syndicated Story Minute strips, delivering a complete tale in a page. The strips reprinted here, though, are the earliest material, and while they progress considerably with the decision to expand from eight larger panels to twelve slightly smaller boxes, the wilder and more imaginative content is located in Joy Ride, Strip Joint, and Illiterature.

Three longer narratives occupy the remainder of the book, each characteristically unique. ‘Sweet Sue’ concerns a woman attempting to change her life with products from blind potion maker Madame Asgar. It’s long on chase and short on plot. Madame Asgar is central to the best of the longer material ‘Invisible City’, in which she accompanies unpleasant company owner Harry Genius into the South American rain forest to collect nature’s bounty for her potions. In return for financing the trip Harry will acquire the commercial rights to four potions. Both characters remain true to themselves, and that has unfortunate consequences in what’s a strong ecological message bemoaning corporate culture.

The title story begins with Jill describing her ideal boyfriend to her psychoanalyst before meeting Steve as he bungee jumps, halting six inches from the pavement. Jill participates fully in thrill-seeking activities until a meeting with Steve’s mother proves a relationship breaker. Shortly after, though, with Steve lying in a coma, Jill takes the chance to undergo an experimental process that frees her spirit to retrieve his from limbo. While this has its moments, it’s stretched too far and runs out of steam before the conclusion.

Much of Now, Endsville is entertaining fun, yet it’s not Lay at her peak, and most material collected in her later books is. 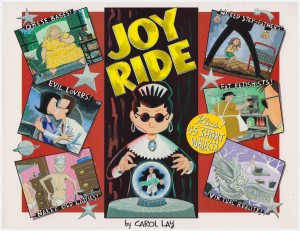