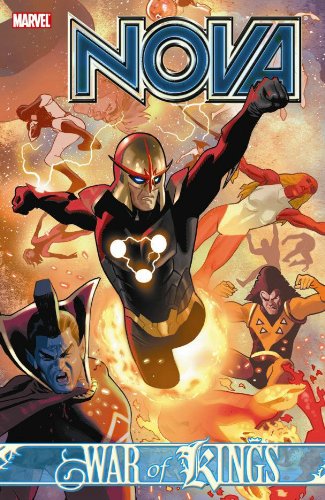 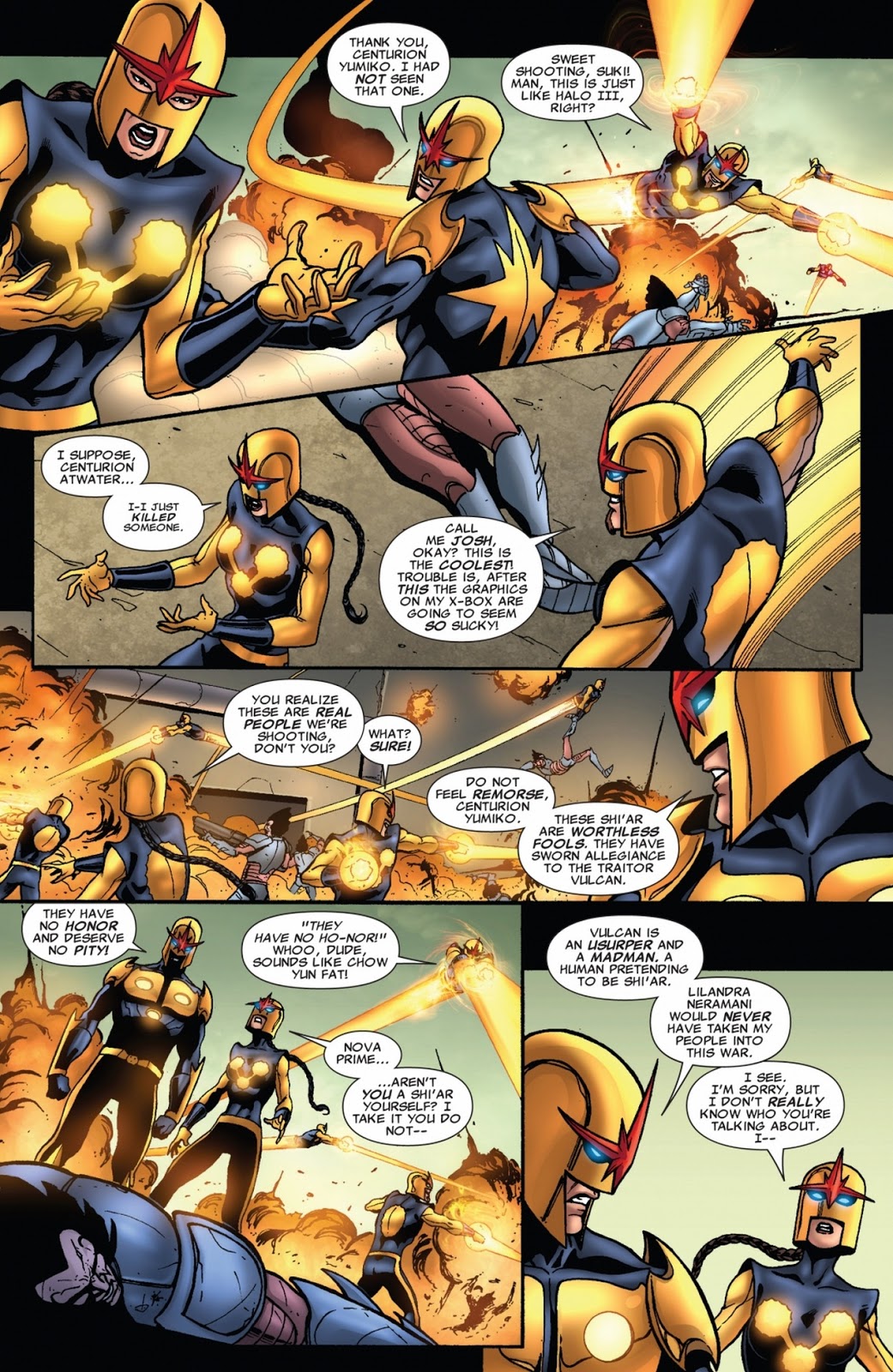 Richard Rider finished Nova Corps suspecting the Worldmind with whom he’d shared his own mind through terrible times is now up to no good, but he’s powerless to stop it as the world has been convinced he’s lost his sanity. Worse still, the Worldmind has stripped him of the Nova power. Then the other boot dropped, and he learned that without its protection the toll the past few months have taken on him will result in his death within 48 hours. That War of Kings is seven chapters means either they’re incredibly decompressed, or that that final problem has a solution.

Worldmind has been part of the series from the start, and even separated from Richard, the writers continue to focus on his activities. The intention has always been to reinstate a more malleable Nova Corps to fight galactic injustice, and now merged with Ego the Living Planet, when war breaks out between the Kree and Shi’ar empires the new recruits are dispatched as a peacekeeping force. Trainees against the Shi’ar Imperial Guard. How will that go?

Most of the art is by Andrea Di Vito, excellent on Annihilation, and just as good here. He has a way of defining a place through grubby details, of creating environments that show what they’ve suffered rather than sparkly clean SF locations, although when needed he can manage that also. He has a far better sense of dynamic composition than Kevin Sharpe, who draws just the single chapter.

Although writers Dan Abnett and Andy Lanning were the overall guiding minds behind War of Kings, Nova’s participation is more around the edges, dealing with the new alliances and political consequences the circumstances dictate, but his priority being the Nova Corps. They’re not as they first seemed, and Richard undergoes a surprising transformation, then a re-evaluation of what he is as he attempts to protect the new Corps members, including his brother. One piece of plotting that’s surprisingly unoriginal considering how good Abnett and Lanning are, is their revelation of the Nova Force as more nebulous than it previously was. When introduced, it was a thinly disguised equivalent to the Green Lantern central power battery, from where the Nova warriors drew their powers, but as redefined it’s more than that, a force that different warriors access and use in different ways. Everyone loves Star Wars, but Abnett and Lanning are usually far more original.

That’s on display throughout the book. During a period when everyone else at Marvel was stretching their stories, Abnett and Lanning kept the pace fast, propelling Nova forward with something of significance, usually a good surprise, occurring every chapter. An enormous amount of ground is covered from beginning to end, and it’s very entertaining space superheroics. The aftermath of War of Kings is explored in Realm of Kings, the finale to this Nova series. 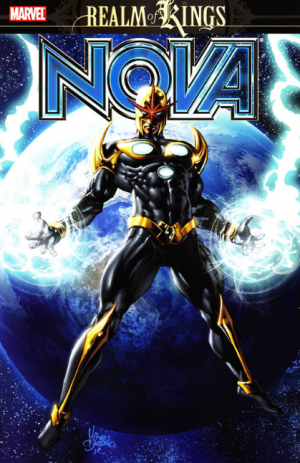