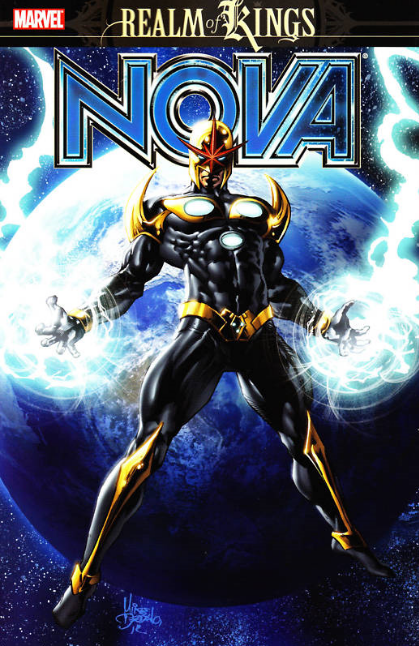 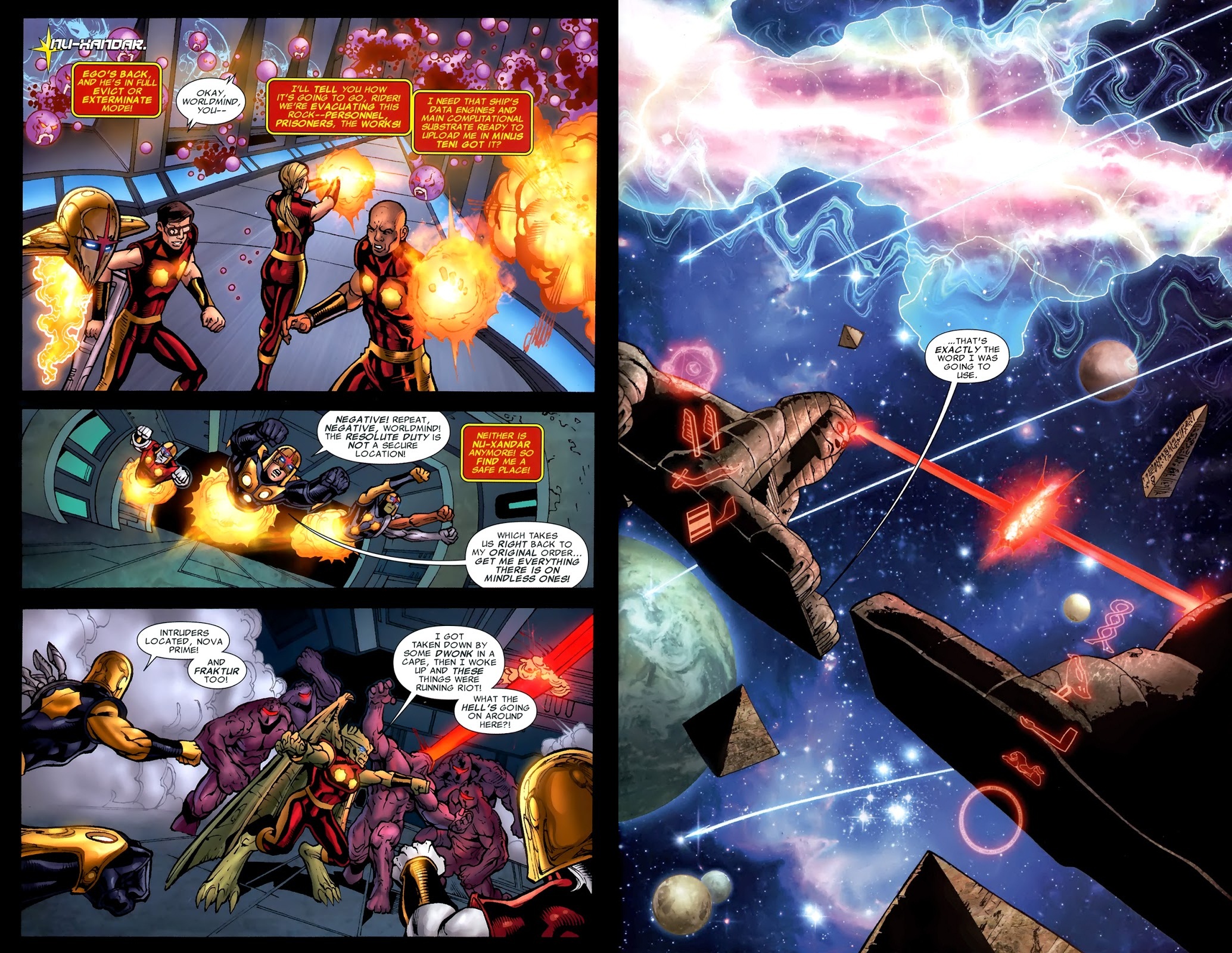 At eight chapters, this final Nova collection by Dan Abnett and Andy Lanning is the longest, but the frantic action pace of the series is maintained throughout. War of Kings concluded with a sighting of a decades old Nova spacecraft, which came as quite the surprise, and also very surprising is what’s accompanied it. The second chapter features two massive separate threats, and the compact way they’re dealt with is fantastic, but unfortunately the remainder of the book, while good, never matches that again.

The second story returns Nova’s old foe, the Sphinx. He’s an equivalent to Kang, a despot tinkering with time, but using mystical means rather than advanced science, and as that can’t be intuitively understood, in some ways that makes him more dangerous. It also tempts writers to indulge in “oh it’s magic” as justification for dramatic moments. The technobabble used to bolster the science in Nova is also contrived, but crucially, consistent with the tone of the series throughout, so not as obvious. While Abnett and Lanning vary the tone of four chapters, too much depends on an area where almost anything can happen. It’s one of those stories where the hero is massively outclassed, yet wins through, and while the conclusion is ingenious, diversions into Contest of Champions style battles disperse the spotlight too far from Nova. All superhero comics depend on recycling variations of past to a greater or lesser extent, and this is too obvious, with the feeling of going through the motions.

A further flaw is what has been a series strength, Abnett and Lanning integrating the, let’s say, lower tiers of Marvel characters, and on occasion downright obscurities, such as Monark Starstalker, who shows up in the earlier, better story. The second rate perception of some cast members even plays into the narrative, with Darkhawk’s insecurities key to the plot, but he’s never been a great character, and even Abnett and Lanning can’t change that, while the otherguests used in the Sphinx story seem random.

Kevin Sharpe (sample spread left), Andrea Di Vito (sample right) and Mahmud A. Asrar share the art, and it’s all fine 21st century storytelling, if a little packed in places, but very little of it stands out. Also unsatisfying is that this collection ends on a cliffhanger, the curse of the cancelled series, leaving much unresolved. Abnett and Lanning have a final pass at Nova in The Thanos Imperative.