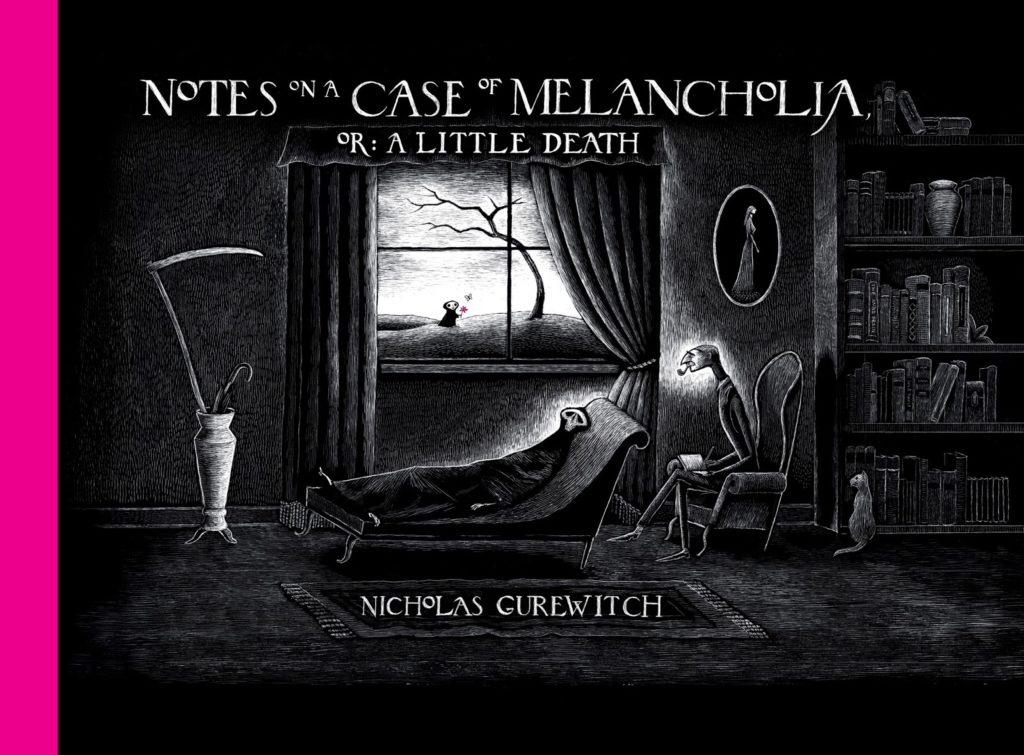 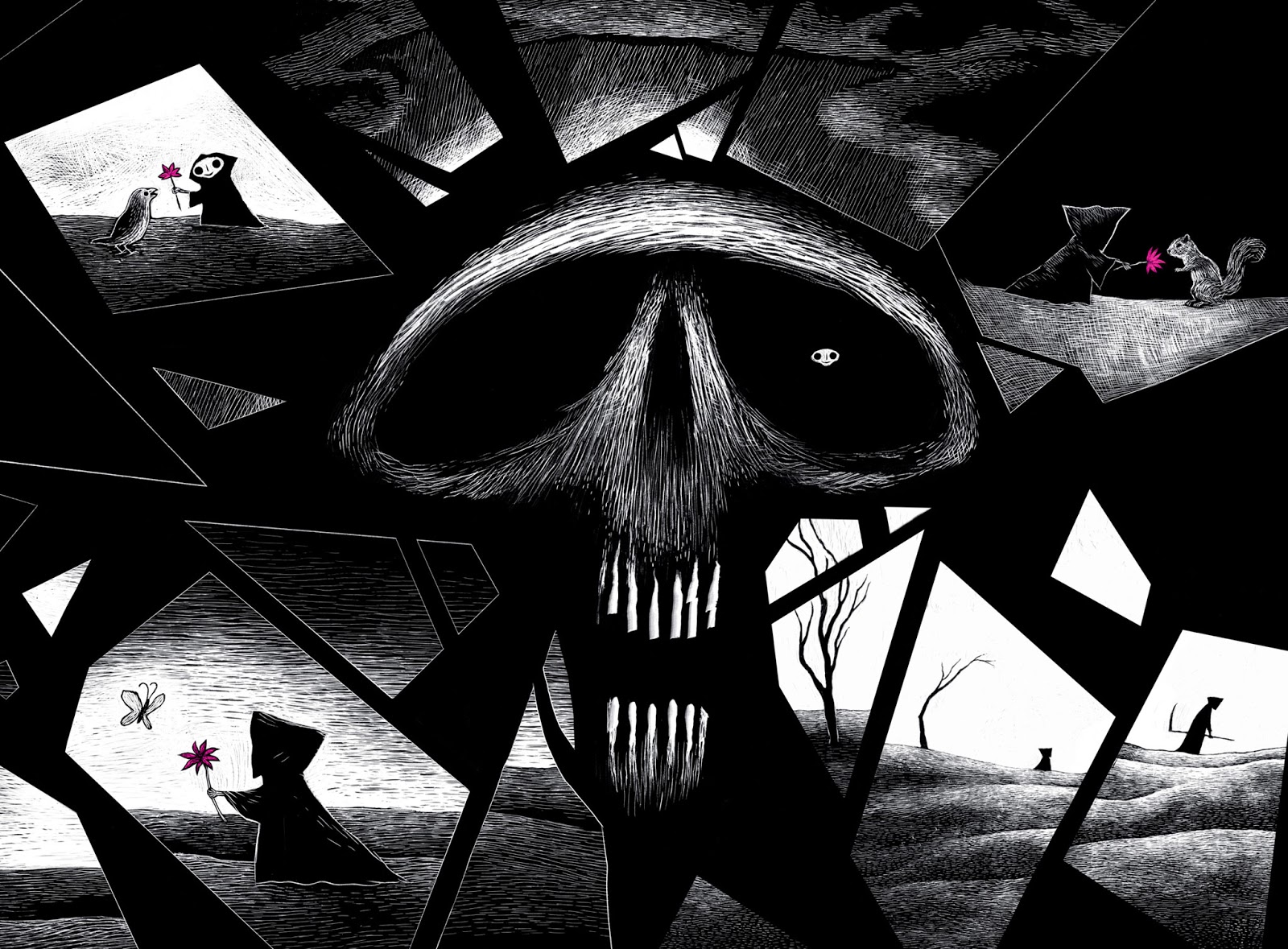 Could Death benefit from some therapy? What can he be like after constantly ensuring people meet their maker when the time comes? Does he have issues? Apparently so.

After a sequence of Death engineering an untimely death we see him heading to the therapist’s couch, thoughtfully depositing his traditional scythe in the umbrella stand before taking his place. Nicholas Gurewitch presents the traditional skeleton in his hooded robe in starkly dark pages, illuminated by lines of white. The problem is that after an eternity of tradition, Death junior appears to have no interest in the family business, preferring to frolic with rabbits and butterflies.

The most obvious touchstone for Notes on a Case of Melancholia is the work of Edward Gorey, similarly suffused with Victorian gloom and prone to the use of an alternative title, but the biblical illustrations of Gustave Doré are also an influence. Gurewitch takes their imposing structures and dramatic flashes of lightning, and man dwarfed by nature. His artistic process involved in the primarily black pages is actual etching rather than a digital equivalent. Time consuming isn’t the half of it, but it supplies a rendered density that poor digital imaging would lack.

Despite being a slim book of dark humour, there’s plenty of detail to appreciate, not least in a succession of illustrious forebears amusingly tied to different periods via accessories, and Gurewitch has the skill to transmit melancholy in a wordless story starring a featureless character.

Given the subject, can there be a happy ending? Well, that would depend on whose happiness is considered the priority…