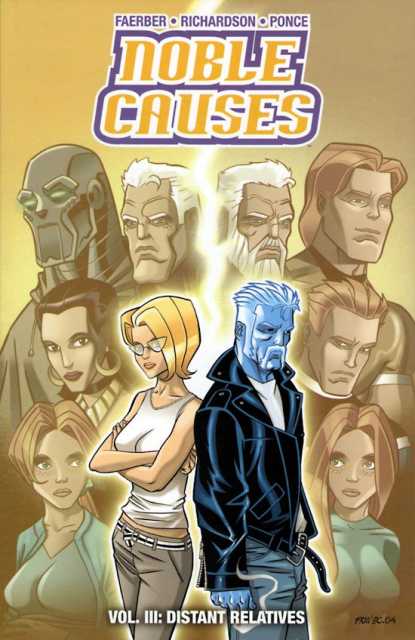 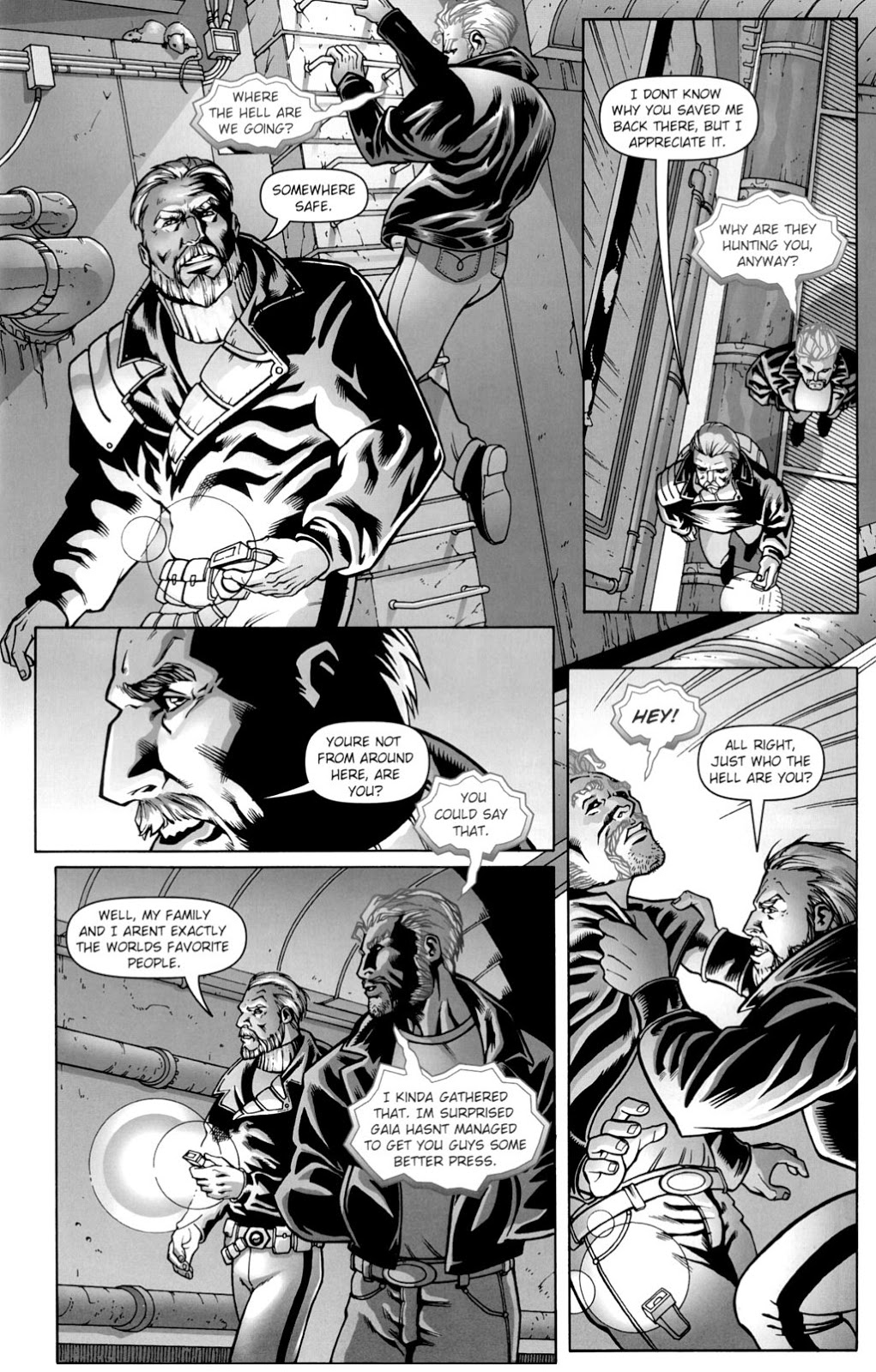 Another Noble Causes volume, another new artist, this time Andres Ponce who obviously impressed with his back-up in Family Secrets. He’s the best artist to work on the original series so far.

There’s not much evidence of the family vibe, as previously seen characters are spread far and wide. Frost visits an alternate dimension, but discovers there’s a difference between having a bad guy image and being an out and out villain, while Liz Donnely’s also dimension-hopping. Krennick still hasn’t recovered from his traumatic discovery, and being king of the underworld doesn’t seem to compensate, while Zephyr’s not a happy bunny either. The only cheery cast member is Rusty, which is odd as he’s got the most to be miserable about.

Faerber delivers another page-turning superheroic soap opera, and, as ever, anyone who knows what happens in future volumes can marvel about how well it’s all set up, without a hint given. It’s previously been the case that the back-up material has supplied decent stories even if the artwork from assorted newcomers wasn’t as polished. These still have that problem, but neither are they compelling reading. The best of them has Ethan Beavers with some Michael Avon Oeming style cartooning on a story about a friend of Krennick’s, which is sad all round.

This volume is in black and white, printed that way when first published as comics to save costs. It does mean that it’s the only book collected in Noble Causes Archives volume one that was originally in monochrome. The next book is Blood and Water.