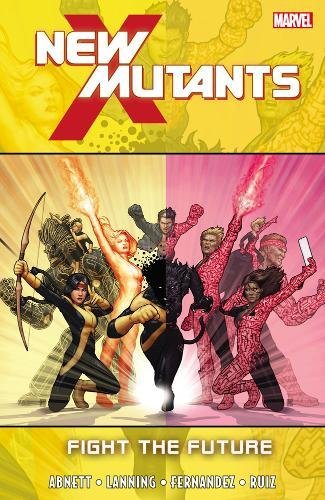 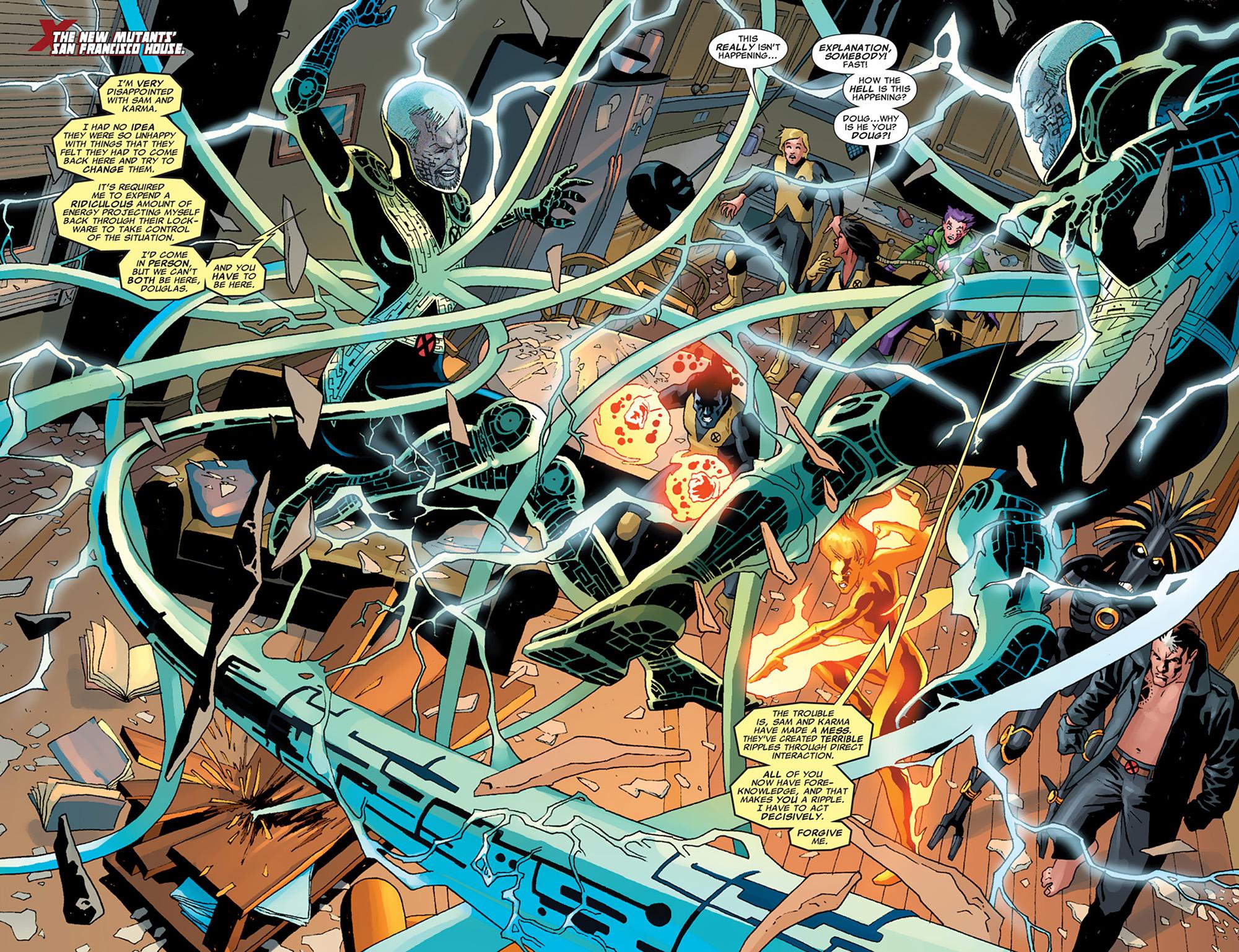 When Doctor Strange and his pals drop by to tell you you’re soon to be the focus of universe changing events it’s a warning to be taken seriously, and from that point Dan Abnett and Andy Lanning construct a tapestry of deliberately disorienting and puzzling events. They feature Cannonball and Karma, two of the team largely sidelined since the writers came on board, and now returned, but in very different incarnations. It’s also apparent how Abnett and Lanning have been plotting for the long term from very early in their tenure. A few examples surfaced in the preceding Exiled, and previous events, this time from A Date With the Devil have an unsuspected relevance.

With Leandro Fernández (sample spread) again knocking himself out on the art, the first half of Fight the Future is a frightening glimpse into what may come to pass. Or what may not, and as Abnett and Lanning’s habit is to structure three chapter stories, everything’s fine by the midway point. Except this is a book of two halves. It’s almost imperceptible to begin with, but everything is actually far from fine, and when the sensible decision is taken to consult Doctor Strange again, just how far reality is disturbed becomes clear. Less clear is what needs to be done, as it involves changing the future to change the present, rather than the past. If that sounds wrong, it works for the mess the team find themselves in.

Felix Ruiz takes over the art for this second section, and his is a far looser approach, with as little background detail as he can get away with. This might work if his postures for the characters weren’t often staged and exaggerated. He’s particularly fond of drawing characters with arms outstretched, and doesn’t give any depth to fight scenes, which are therefore nowhere near as exciting as they ought to be. Where he’s great, though, is with the creepy look he designs for the person who becomes the main threat. For much of the final two chapters Brazilian artist Klebs also contributes, and he’s more welcome for returning some background detail so that the cast aren’t just hanging in thin air all the time.

Fight the Future isn’t as much fun as it should be. That’s partially down to Ruiz, but Abnett and Lanning share the blame for extending the story too far and losing focus. Characters are thrown in to no great purpose, and even a sentimental wrap-up chapter to end the series doesn’t rescue matters. Overall, however, Abnett, Lanning, and the artists who’ve drawn their scripts have sparked. Over half a dozen graphic novels there’s way more good than bad, and it’s unfortunate the series ends with the weakest of the bunch.