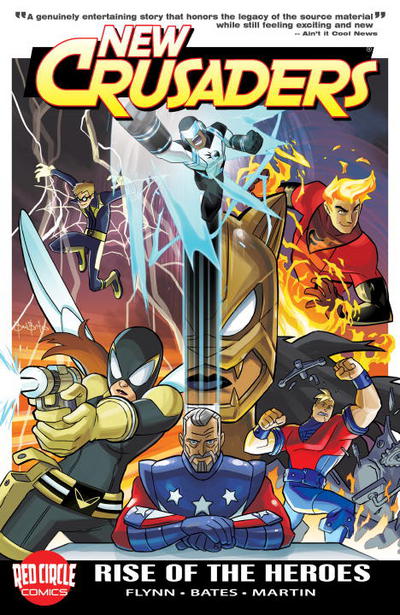 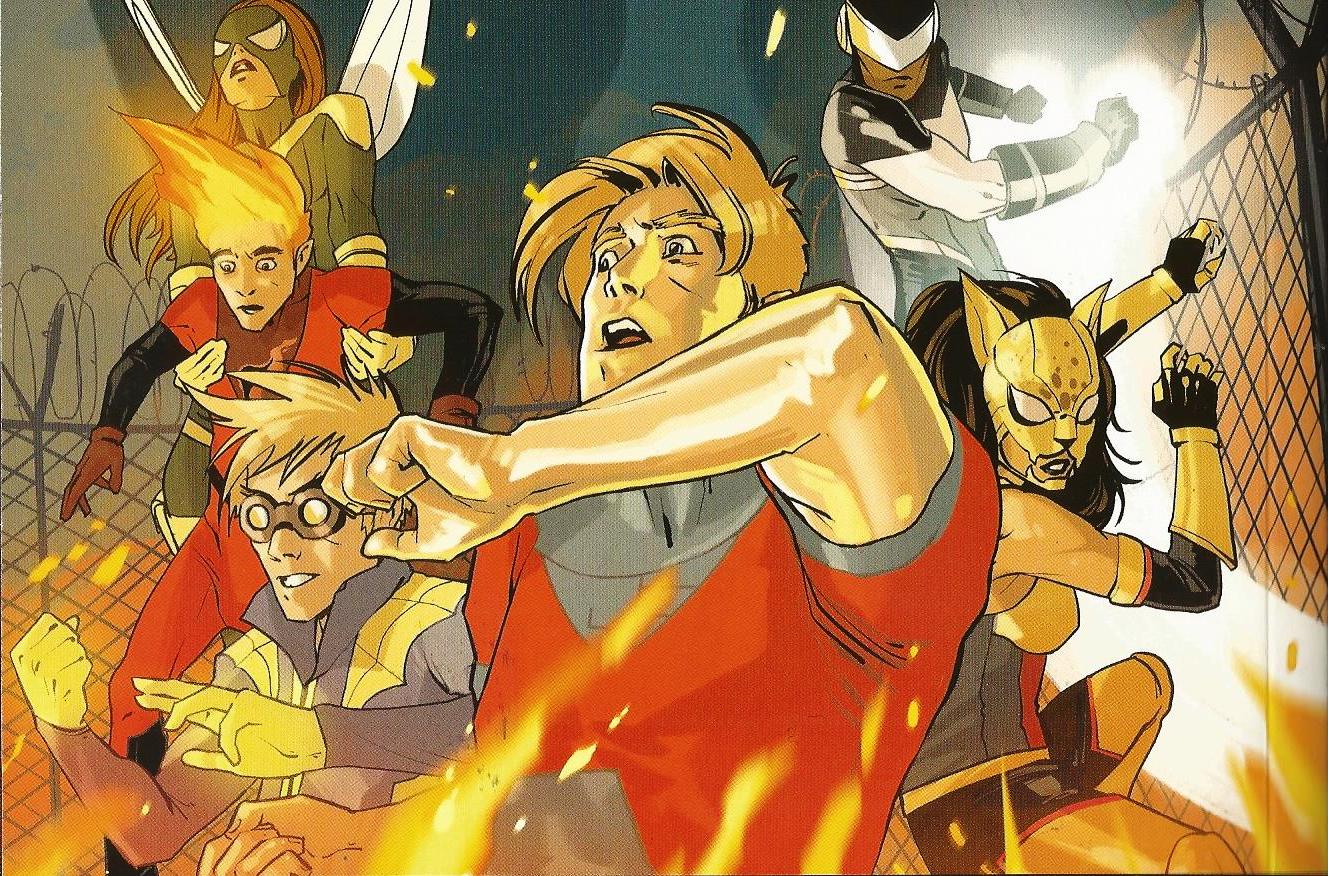 This was the attempted revival of a pantheon of superheroes dating back to 1940. The Shield is a costumed super-patriot pre-dating Captain America. He and a cohort of modestly-successful comrades were defeated, not by villains foreign or domestic, but by Archie Andrews, a freckle-faced everyman who proved to be such a sales juggernaut that by the late 1940s the entire company was reshaped and renamed for him.

Yet the heroes refused to go away. Archie tried again in the late 1950s with Simon & Kirby’s the Fly, the Jaguar, and a new incarnation of the Shield; in the mid-sixties, everybody was hauled out of storage and teamed together as The Mighty Crusaders, a legendarily incompetent imitation of the Marvel style, the clangorous echoes of which still reverberate in fandom’s psyche. The Red Circle revival of 1983, despite high-profile creators, including Jim Steranko, Steve Ditko and Al Weiss, was aborted for being “too gritty”, and yet another relaunch, as Spectrum Comics, was terminated weeks before release in 1989, leaving partially-completed works by Steve Englehart, Rob Liefeld, Marv Wolfman, Jim Valentino and Kelly Jones homeless. All this and two separate licensing deals to DC, in the early 1990s as Impact Comics, and the 2000s as another Red Circle, indicates that  despite their conspicuous lack of commercial success, the heroes have an enduring appeal.

So what’s the difference? This time, it was a “legacy” series, a concept popularised by more recent incarnations of the Justice Society of America, among others, in which successive generations of heroes pass the torch. In this continuity, almost all the hundreds of previous stories “happened”. Since the 1940s, the Mighty Crusaders fought the good fight, and sometime in the latter days of the 20th Century… they won. The  heroes retired, started raising families, and settled down to a well-earned Happy Ever After.

Cue 2013. The offspring and protégés of our heroes, unaware of the olds’ achievements, are bored witless at another reunion, till one of the past’s deadliest villains crashed the party seeking revenge – and information – from his old enemies. The veteran champions, unarmed and unprepared, fight a valiant delaying action while the Shield ferries the kids to safety, only to later  discover his comrades vanished. Meanwhile, the youngsters gain some insight into their parents’ past and their own probable future, as they step, still shocked and grieving, into dead men’s roles.

Ian Flynn’s script has pace, vitality, a number of amusing nods to the previous continuity which reward people who did read the old series – but doesn’t punish those who didn’t! – and some intriguing characterisation. The introspective and observant Wyatt Raymond, our new Web, shows potential, though one does balk at the new Jaguar being yet another feline femme fatale.

Ben Bates’ artwork is clear and  facilitates the narrative, but feels hollow and unfinished, more resembling a movie storyboard than a completed work. Animated style need not  preclude an emotional range – look at Bruce Timm or the late Mike Parobeck, for example. By the end of the volume, Alitha Martinez had taken over, with a more energetic approach, but the dull first impression remains.

Visual reservations notwithstanding, New Crusaders was both an undemanding pleasure and a cunningly-crafted entry-point for a new generation of comics readers. Despite all this care, though, readers didn’t bite. This optimistically-numbered Volume One, in addition to featuring the scores of variant covers as extras, also promised a second series, Dark Tomorrow, the opening chapter of which was eventually published in the 2017 Mighty Crusaders graphic novel.