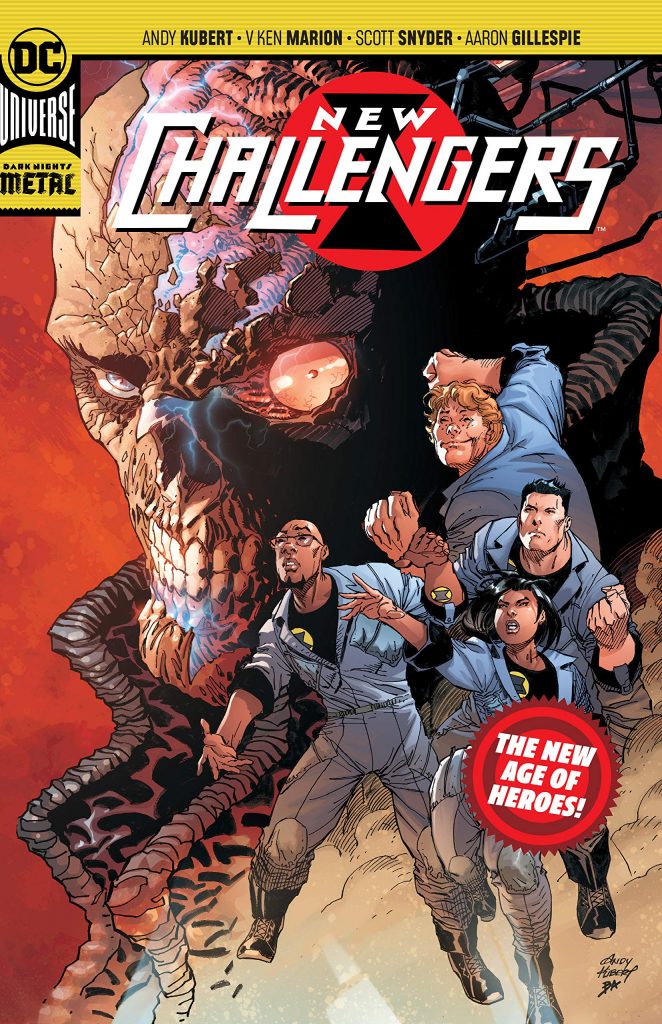 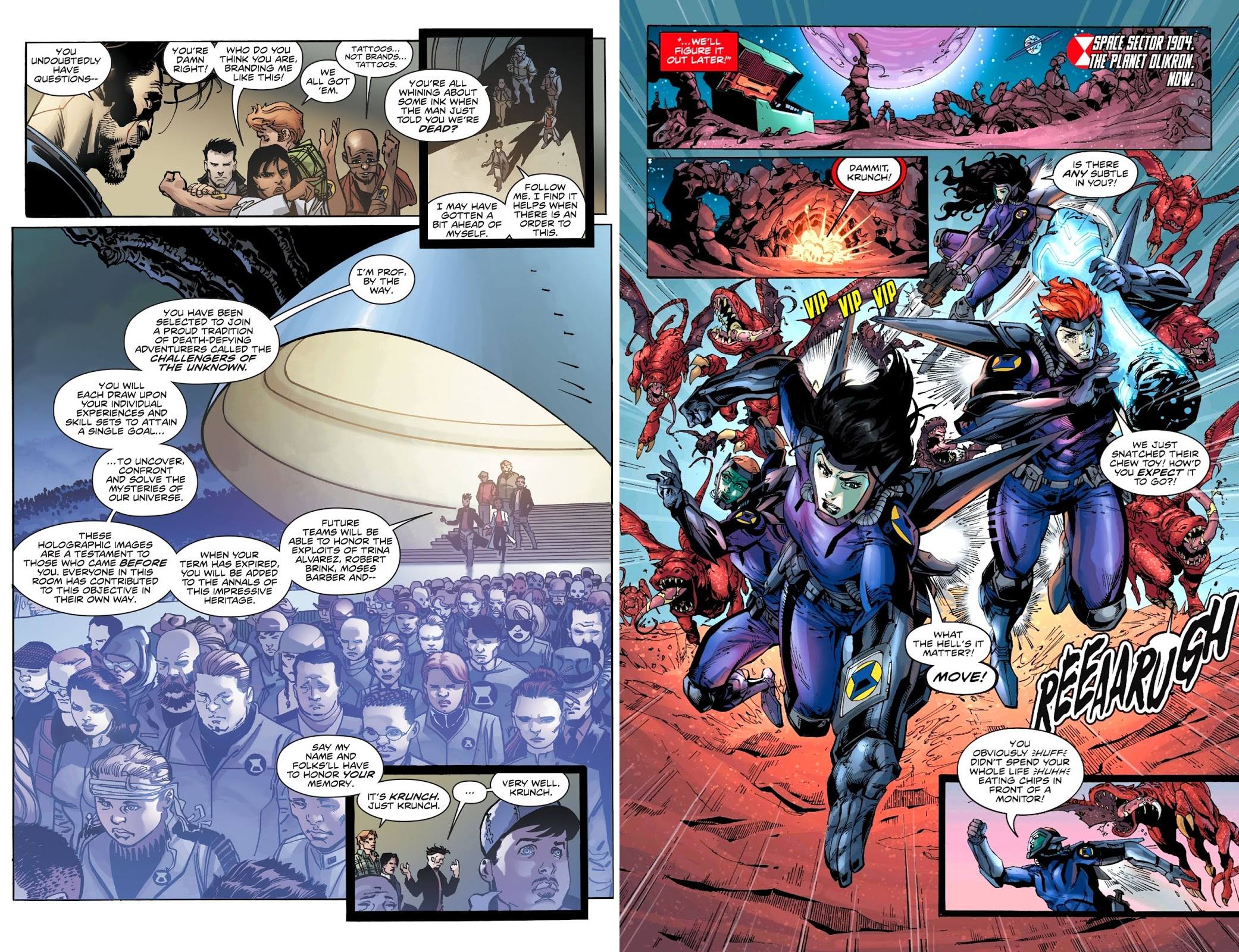 New Challengers reboots an old concept, that of people living on borrowed time using that time for the benefit of mankind, investigating the unknown, protecting people and the planet. Those on borrowed time are technically dead, but can live within a protected environment, and for a limited time outside it, defined by the amount of time in an imprinted form of tattoo picturing an hourglass. However, to what becomes a considerable extent that’s all just distraction, as is the mystery of who these people are and how they died.

At first writers Scott Snyder and Aaron Gillespie take their inspiration from Lost in moving their present day story forward in small increments, while dedicating as much time in each chapter to showing us the backgrounds of these new Challengers. It’s an effective way of supplying a small dose of action adventure and mystery while the glimpses into the recent past supply the humanity. That is until the final pair of chapters where the present day events take prominence, although to label them “present day” isn’t technically correct as everything occurs in an environment where the idea of present day is constantly shifting.

By the time we reach that point most of the art is being handled by V. Ken Marion, whose pages are professional, but don’t have the refinement of the opening two chapters drawn by Andy Kubert. They’re messier, and that reflects the way the plot devolves. The starting premise of a bunch of interesting people going on different missions is wiped away by the gobblydigook of alternate universes spawning alternative dark threats and an over-riding mission that we understand is vital because we’re constantly told it is. Nearer the truth is that only Snyder and Gillespie know what’s going on, and even that’s up for debate because they only have to flip a switch and reality changes again. Which it does. By the time the reset button of the ending is reached it’s with a sense of wonder that New Challengers was ever commissioned. Somewhere there’s an alternate reality where it wasn’t, and that’s the one to head for if you ever find yourself trapped in the multiverse. 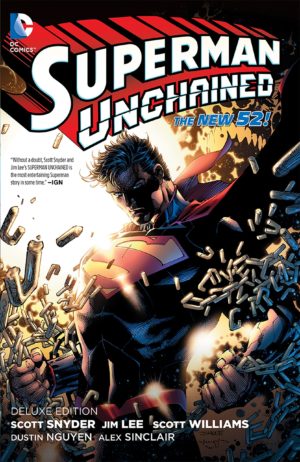