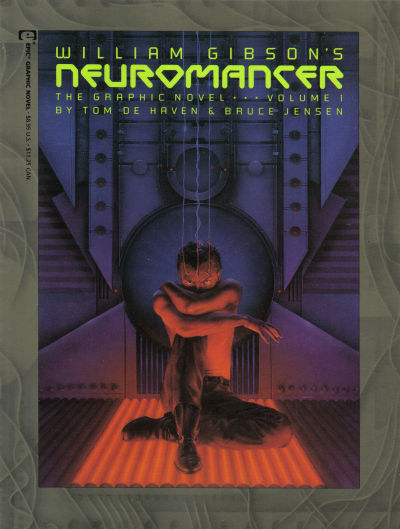 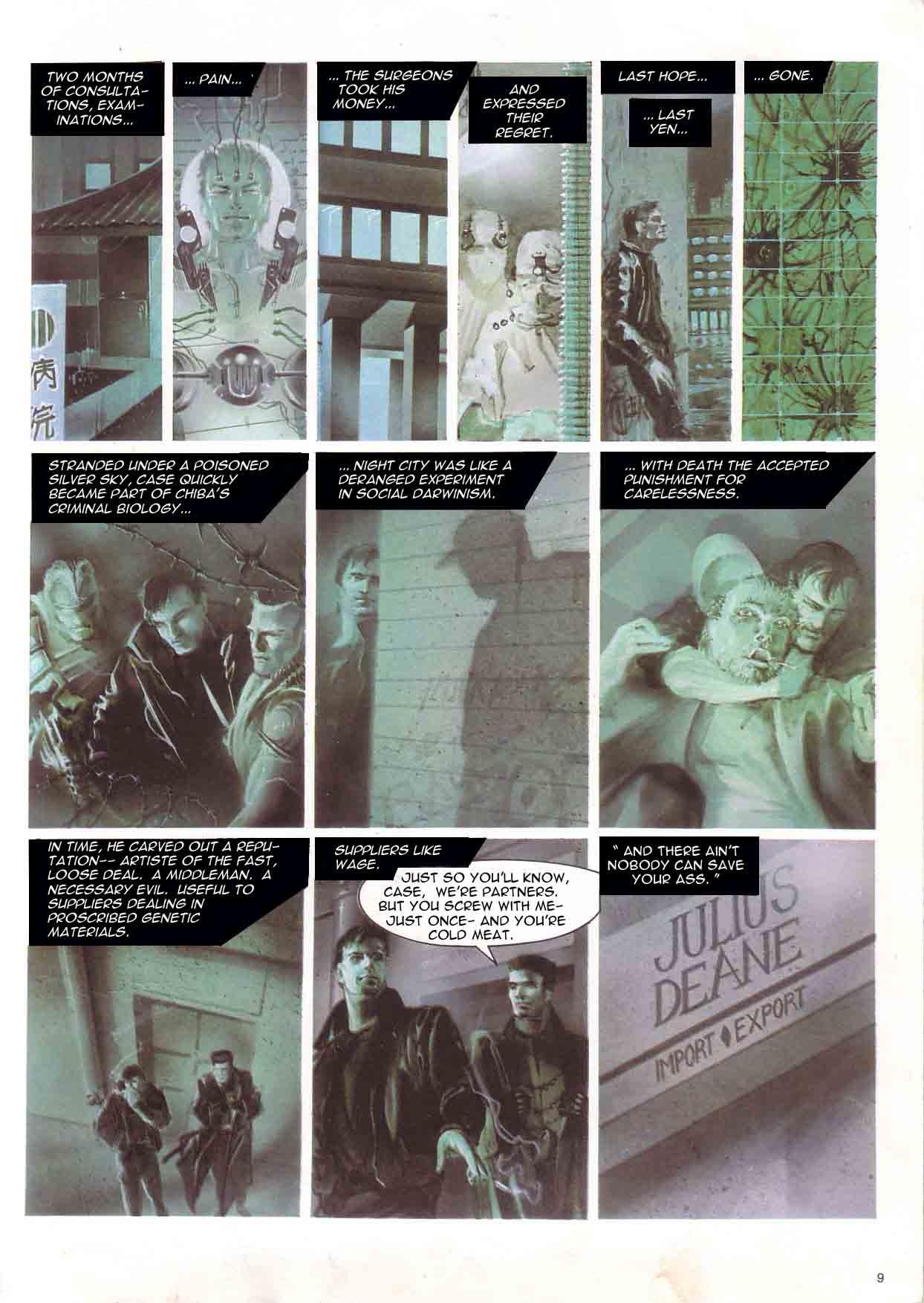 William Gibson’s Neuromancer was an enormously influential slab of science fiction, the first to truly recognise the manner in which computers would link everyone in the future, and set in the bleak dystopian society that results from this.

Henry Case was once the most talented hacker in his company, but made the mistake of succumbing to temptation and stealing from them, at which point he discovered he wasn’t as untraceable as he presumed. The punishment was the frying of his central nervous system, leaving him unable to access virtual reality dataspace. He relocated to an area of Tokyo, desperate for a cure that he’s yet to find, living a hand to mouth existence.

Tom De Haven had already published the first of his crime novels when he adapted Neuromancer, and does a sympathetic job of contracting the novel. We see just enough of the life Case now leads before redemption is dangled in front of him, and why that’s so desirable. De Haven distils the often complex and sometimes barely comprehensible language of the original novel to something that can be universally understood. The same applies to the plot. For all the trappings, this is basically the old story of the guy down on his luck given one last make or break shot at the big time.

So far, so good, but what prevents this being anything most would want to pick up is the acrylic art of Bruce Jensen. It’s very much of it’s era, the designs evoking both Blade Runner and every 1980s MTV fashion disaster, and the painting not quite masking all kinds of basic artistic shortcomings. In his introduction Gibson claims the adaptation captures the mood, but one has to presume he would say that.

We then arrive at the final problem. We’re not even a third of the way through the original novel’s content when the graphic novel ends. There was no continuation, now rendering this an ugly curiosity.