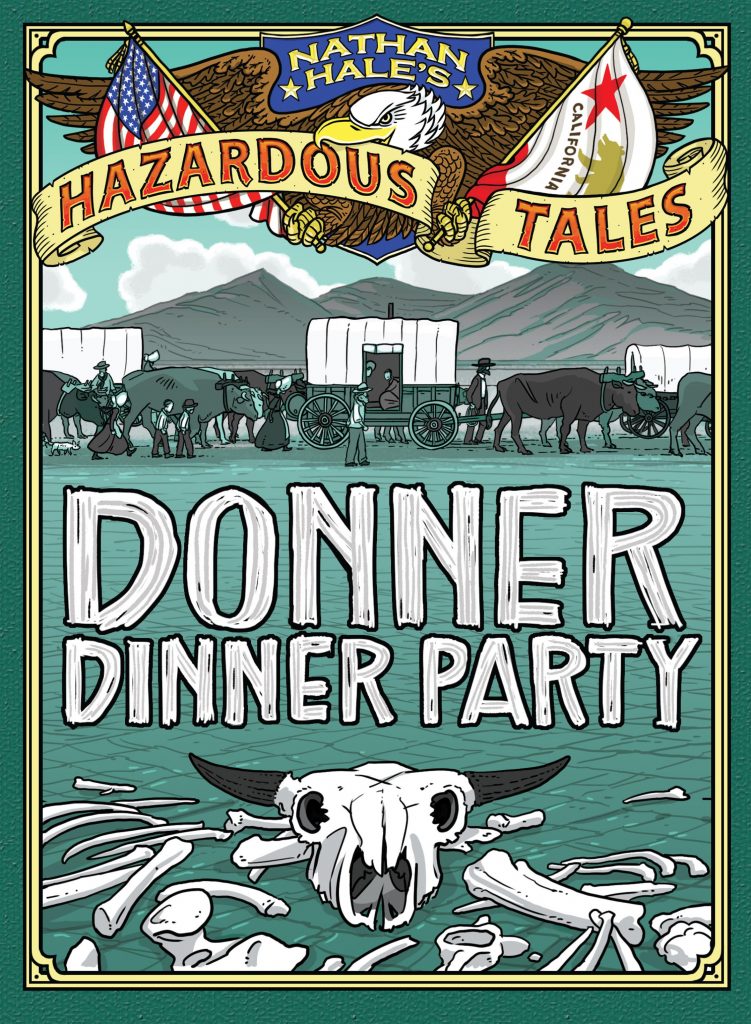 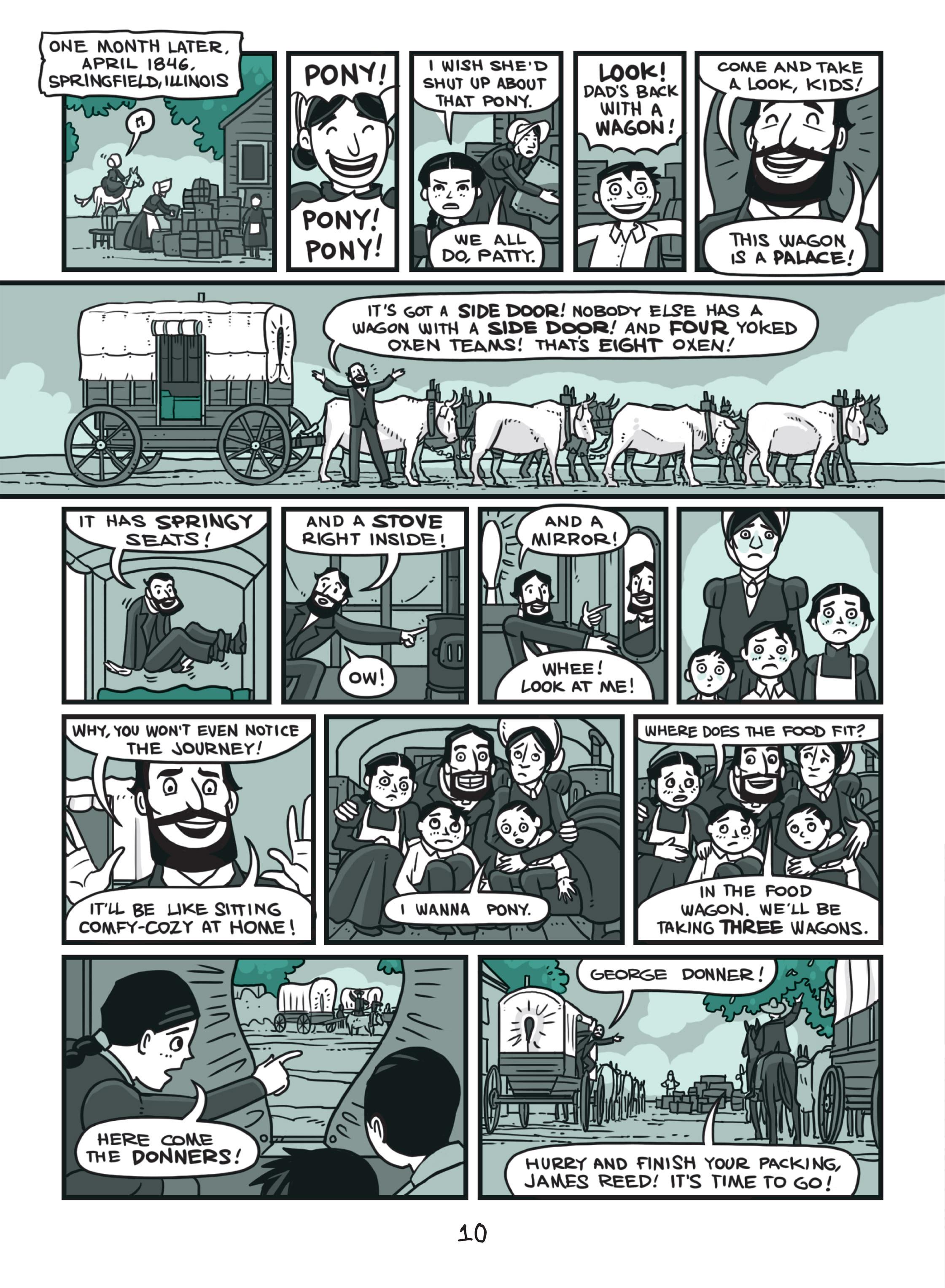 The legend of US fortitude has been built around early American being littered with stories of those with adventurous spirit and can-do attitude overcoming overwhelming odds. The Donner Party isn’t one of those. Many wagon trains attempted the hazardous trip West to California, but the Donner Party is remembered in American folklore for only one distasteful aspect of their cross-country trip. To begin with the wonder is how Nathan Hale’s going to deal with that in a book ostensibly intended to educate children.

He starts, as is now usual with the narrative trio of Nathan Hale patriot, about to be hung in the 1770s, his hangman and the British Provost wanting to hear more stories of the future after Hale’s immersion in a magical history book. Yes, as seen in One Dead Spy, it was rather random, but is a means to an end, enabling the trio to interrupt events and prompt explanations or diversions.

The Donner Party story begins in Chicago in 1846 when two families decide a better future is to be had in California, and set off with nine wagons, a herd of animals and supplies they believe will see them through the journey. It’s an immense undertaking, involving travelling through hostile territory, across the Rockies, up and down being the only way, and the desert, with searing heat in the summer and winter conditions in the wild that would challenge even experienced explorers. In Missouri the Donners and accompanying Reeds sign up for a wagon train, the greater numbers theoretically offering greater knowledge and protection. There is no protection against ignorance, though, and despite repeated warnings James Reed is convinced about a shortcut shaving 400 miles off the journey, but at the cost of taking the route through the Utah desert.

Unlike his two previous books, Hale hasn’t got the vast tapestry of a war to set his story against, and is largely limited to the day to day accounts of the trip. There are some interesting historical snippets, such as Reed being a Chicago neighbour of Abraham Lincoln, then a lawyer, but the opening half of Donner Dinner Party runs into dry patches. It’s padded by forced jokes until the halfway point, where Reed and those accompanying him head into a supposed shortcut, long foreshadowed. From there it’s a compelling detailed piecing together of continual incompetence and loss, and by the winter of 1846 we arrive at the tragic circumstances for which the Donner Party is best known. With most of the journey travelled, but with no further supplies or animals, survivors bed in for the winter in the Sierra Nevada mountains. Shortly after, Hale warns those of a sensitive nature that skipping ahead to page 113 would be their best course of action.

While its reputation is grim, over half those who began the Donner journey survived, but Hale’s reconstruction of what they endured doesn’t spare the cost, while keeping the explanations as young adult friendly as possible. At least the entire affair was limited to under a hundred people. Hale next looks at the conflict that engulfed almost the whole of Europe from 1914 as Treaties, Trenches, Mud and Blood.