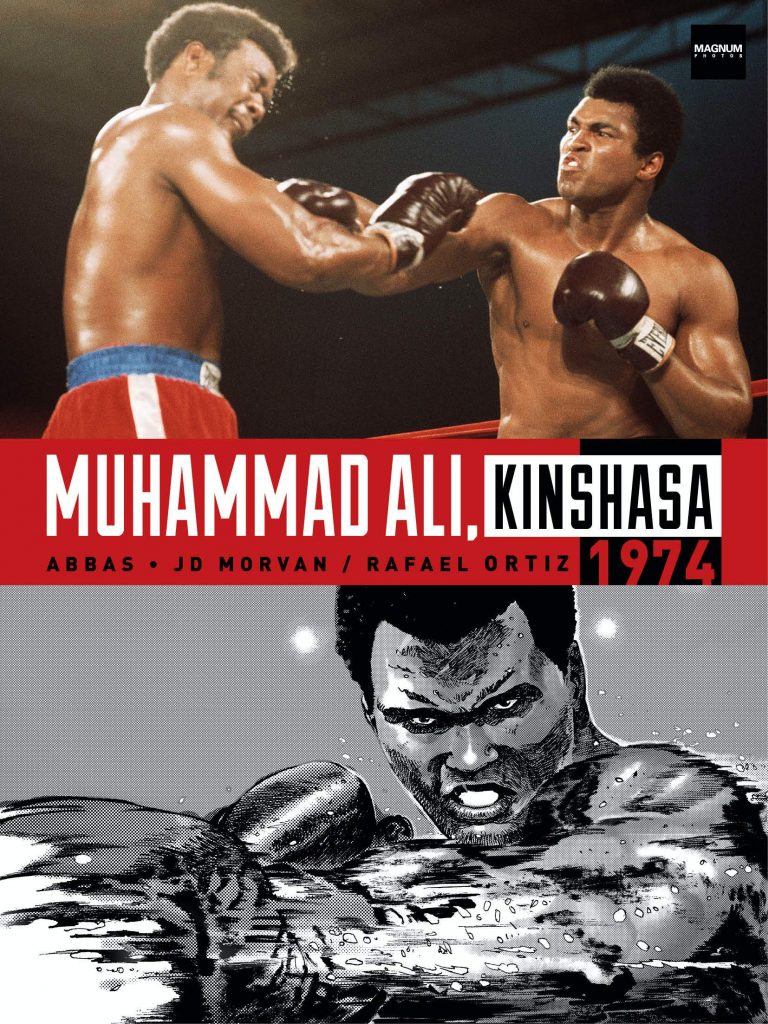 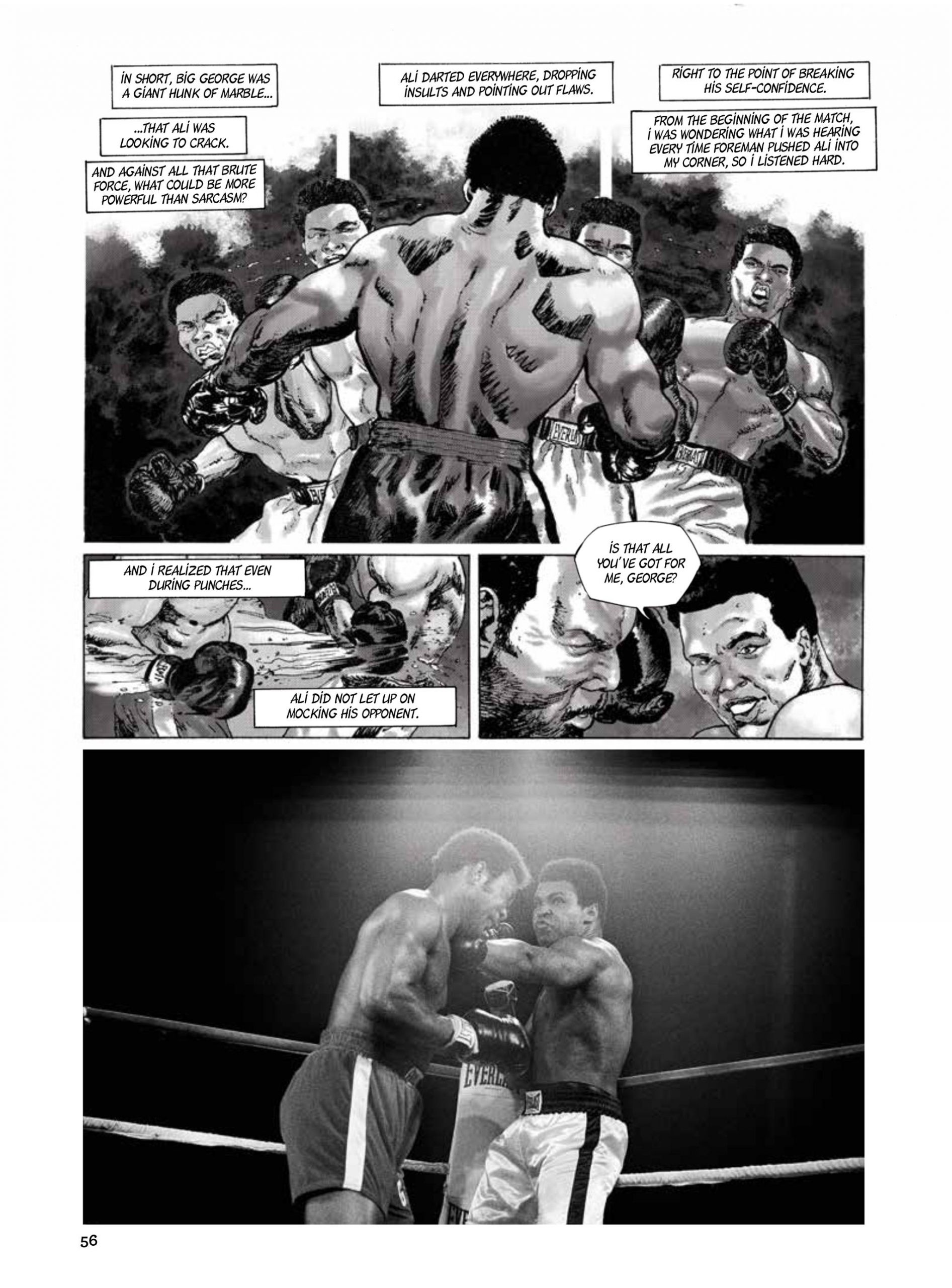 In 1974 Muhammad Ali set himself what many thought was the impossible task of reclaiming the World Heavyweight boxing title. He’d already had one attempt, losing to Joe Frazier in 1971, and a fight with Ken Norton in 1973 resulted in another loss and a broken jaw. In order to get another shot at the title he’d beaten both in rematches, but standing in his way in 1974 was George Foreman, a man-monster of a boxer who’d beaten both Frazier and Norton in two rounds, and who was seven years younger than Ali’s 32. The resulting fight, christened ‘The Rumble in the Jungle’ due to being held in Zaire (now Democratic Republic of Congo), has become a boxing legend.

Among the many people taking pictures was Iranian photojournalist Abbas Attar, to the public only known as Abbas, and whose topic was more generally revolutions and uprisings. Given the premise of mixing the photographs Abbas took at the time with a first person narrative (although that’s written by Jean-David Morvan), it’s no surprise that Rafael Ortiz’s art is reference-heavy. At its best he provides lively montages of the artists performing at a pre-fight festival, and the dynamism of the fight scenes, but when there’s no ready photo reference likenesses are a little sketchier. When these appear on the same page featuring the same people on an Abbas photograph, it’s noticeable.

Despite the fight being central, Abbas and Morvan are thorough in providing the wide-ranging relevant information, incorporating the political situation in Zaire, the life of flamboyant promoter Don King, and even Abbas’ own background. Foreman at the time wasn’t the ebullient seller of home grills he later became, instead not naturally cheery or comfortable with crowds, and he’s not accorded anywhere near as much space as Ali when their backgrounds are rolled out, but then it’s Ali’ name in the title. While experts could appreciate Foreman’s power and technique, in any popularity contest with Ali he ran a distant last, and what this story does well is bring out how more than anything Ali’s intelligence won the fight that confirmed his reputation, when he became the Greatest he’d always claimed he was.

It’s a strange book, in some ways bringing new light to an event that’s been mythologised over the years (When We Were Kings is a notable documentary about the fight and surrounding matters), especially regarding what Ali might have been drinking between rounds. However, perhaps we could have been spared Abbas boasting about his sexual conquests after the fight.

Only two-thirds of the page count is the comic, with the remainder being a timeline for Ali, and the background story of how the project came to be. This is more interesting than might be assumed on hearing it occupies 28 pages because it includes twenty reduced pages of art by Horacio Altuna, who withdrew from the project. Talented though he is, these pages don’t have the life or grit Ortiz supplies. There are also a dozen images from lesser known artists auditioning for an associated project. However, while there are some awkward moments during the main event, with this material translator Jessica Burton really stumbles, her translation too literal, leading to clumsy phrasing.

Abbas’ reminiscences and his photographs bring something new to what can credibly be called the most famous victory in boxing history, and Morvan and Ortiz are solid, but it’s not quite the right mixture to be groundbreaking.