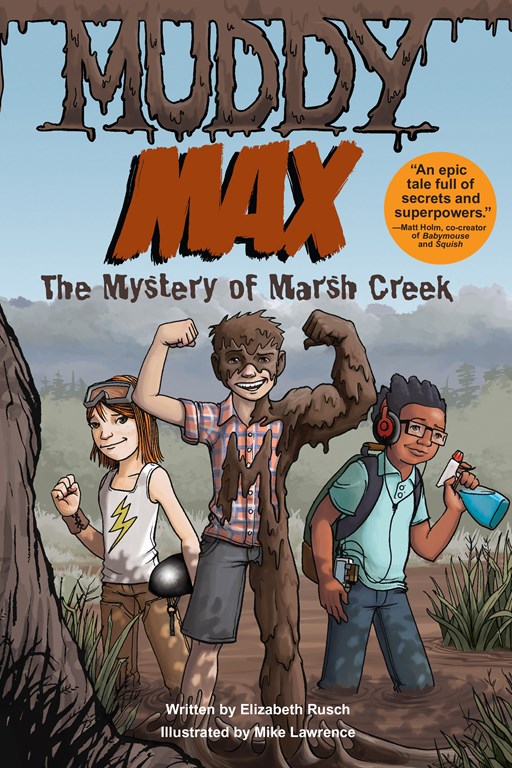 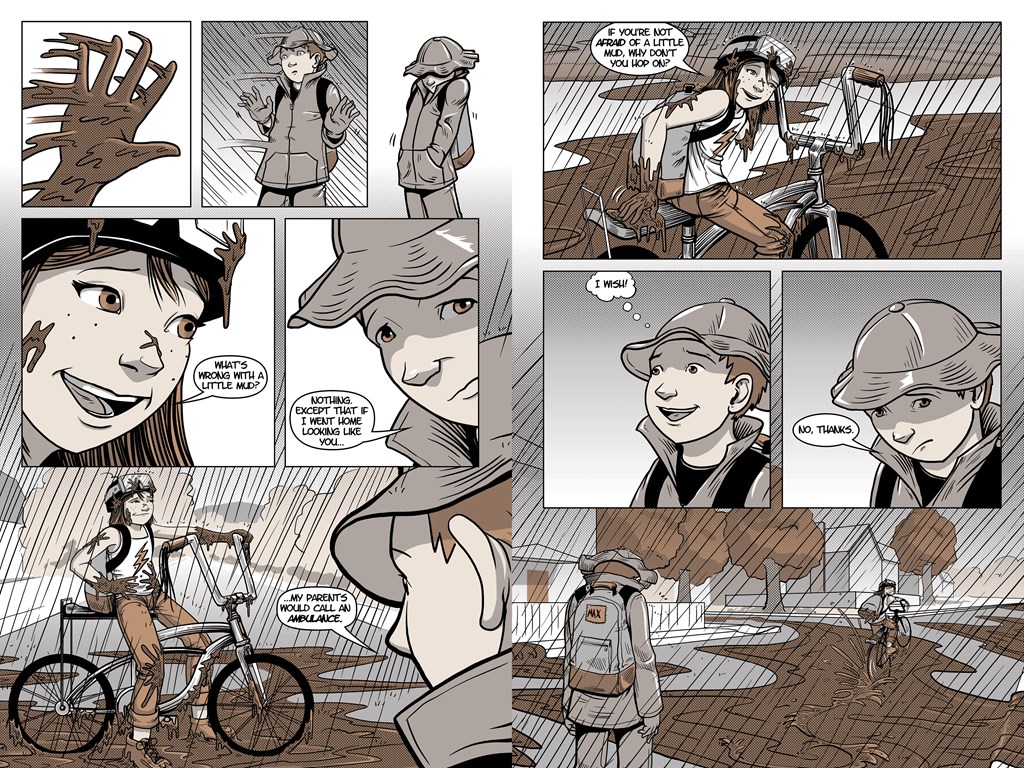 Max Dredge lives in Marsh Creek, the muddiest town in the USA, an unfortunate choice of residence for his seemingly over-protective parents who freak at the slightest sight of mud. Every day he goes to school under strict instructions not to fall in the mud in his clean clothes, and you should see the fuss made if he returns dirty. The bizarre thing is that his mother is a soil analyst and his father runs a dry cleaners.

A little bit of investigation on Max’s part turns up pictures of a child oddly similar to him, yet unknown, and using his pal Patrick’s talents he’s able to uncover a fair amount of information online. However, it’s practical experimentation that’s key, and when Max submerges himself in mud something strange and wonderful happens.

Elizabeth Rusch’s story plays straight to the children who share Max’s fate of forever being kept clean, and prompts creative thinking by including further items designed to push those buttons of the imagination. The buddy relationship between Max and Patrick charms, and she’s also good in dealing with Max’s first steps toward being attracted to a girl and wanting to impress. Irie is another good character, independent, strong and capable.

This is all brought to life by Mike Lawrence who uses a near naturalistic style of cartooning to create a believable world populated by believable characters, and from the sight of his pages he’s a guy who was allowed to go and play in the mud. Producing the art in brown and white is a nice touch, and he’s also good with the more exotic elements.

Rusch hints at secrets from an early stage, but constantly pulls the story away from reader speculation. It’s a mystery, it’s a quest and it’s a minor superhero adventure, but rarely predictable. Unfortunately one of those cases is the ending, which will work for children, but its a little too easy for anyone else.

Once the story’s finished there are plenty of features for the enquiring mind, including how to make mud bricks, and then a house from them, and a short piece about Antoni Gaudi. To see how he fits into the story you’ll just have to read it.