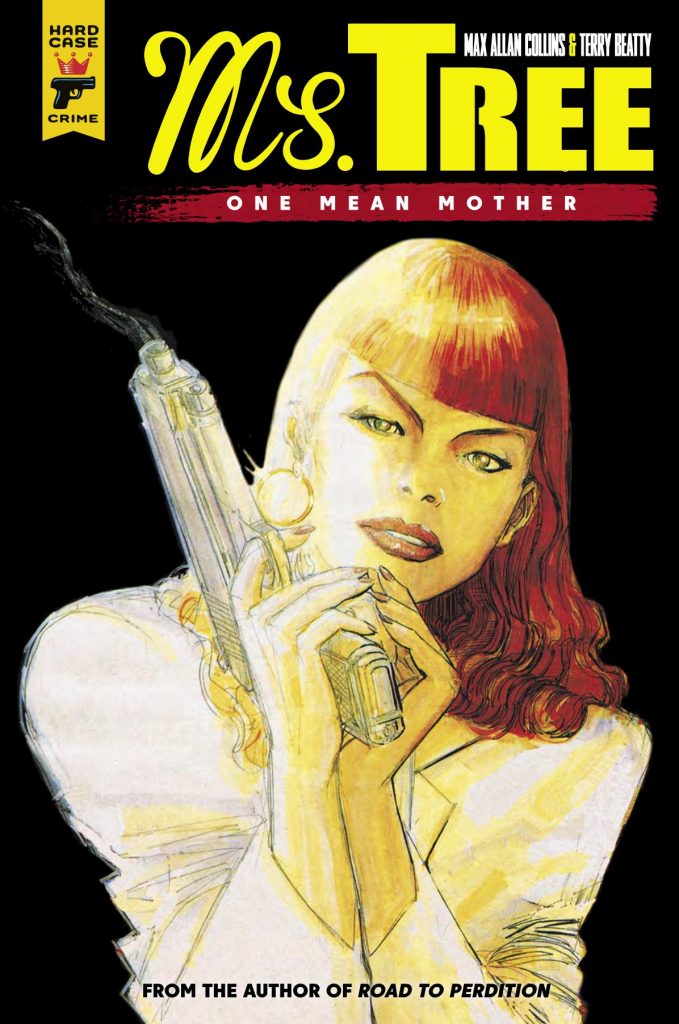 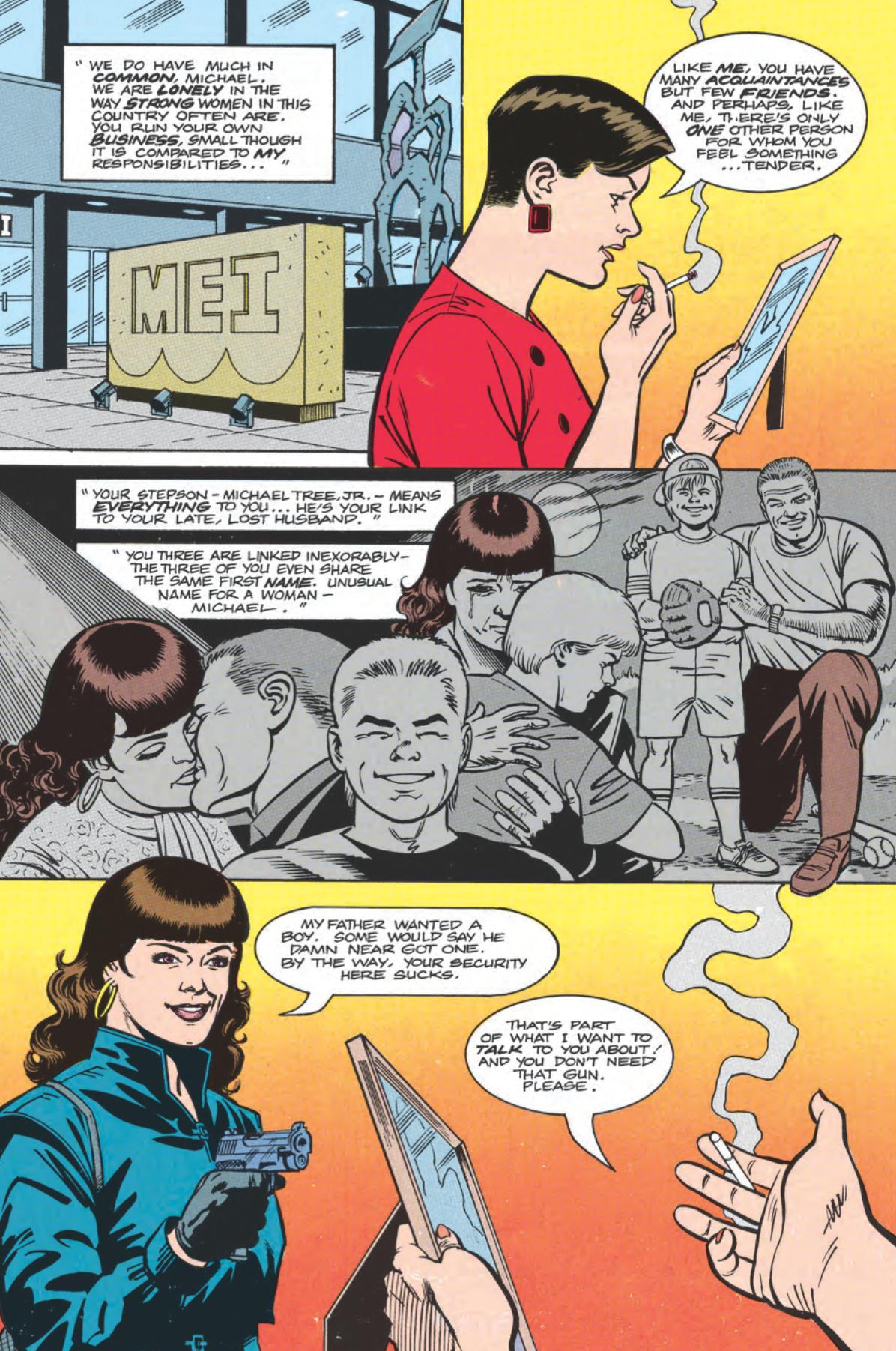 In his introduction Max Allan Collins clarifies that this collection features what he considers the best of his stories about the private detective haunted by the killing of her husband. It’s why this series features early 1990s material rather than beginning by reprinting Ms. Tree’s first appearances. A smart recap sequence supplies the circumstances of her husband’s murder along with what’s happened since as Ms. Tree faces possibly fatal danger, and what follows establishes Michael Tree as an unconventional detective. Considerable repressed anger surfaces regularly, manifesting in violence during situations that could be better dealt with differently, and an interesting complication is her stepson dating the daughter of one of her greatest enemies.

Collins and artist Terry Beatty provide a very traditional murder mystery, showing us the crime from the killer’s viewpoint, then lining up the suspects. Is it the most obvious person responsible, or has Collins got something up his sleeve to fool us? Beatty has an attractive approach, a midway point between graphic realism and cartooning, but his people are static and emotional expression isn’t a strength. Ms. Tree herself is supposed to be repressed and tightly wound, but too often there’s either not enough feeling or exaggeration applied to others.

Over the following stories, Collins continues to present a lead character who for much of the time isn’t very likeable. That she’s guarded and cynical is standard for detectives, but Collins contrasts efficiency and capability with a way of alienating people and making a bad situation worse, which grabs the attention. The people he surrounds her with are equally interesting, Collins knowing the characteristics readers will respond to, and accentuating them. Preserving the mysteries Collins sets up precludes mentioning anyone specific, but they’re good creations. Collins also ensures Ms. Tree’s character carries the five stories a long way, some situations he contrives for her a fair distance from standard crime material, yet always interesting. He also ensures the cast progress, and he keeps some secrets very well indeed. On the other hand these stories were created during the 1990s, so some terms are dated, occasional efforts at snappy repartee are forced, and there are places where Collins resorts to prioritising surprise over reality, over-used in a story about a kidnapping.

Anyone who enjoys pitting their wits against the writer will still get their money’s worth from Ms. Tree, and mention should be made of the clever title, while explaining that enters spoiler territory.  A second collection follows, Skeletons in the Closet. 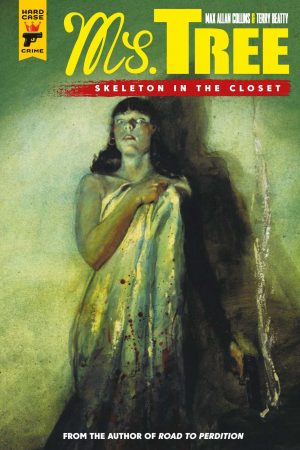