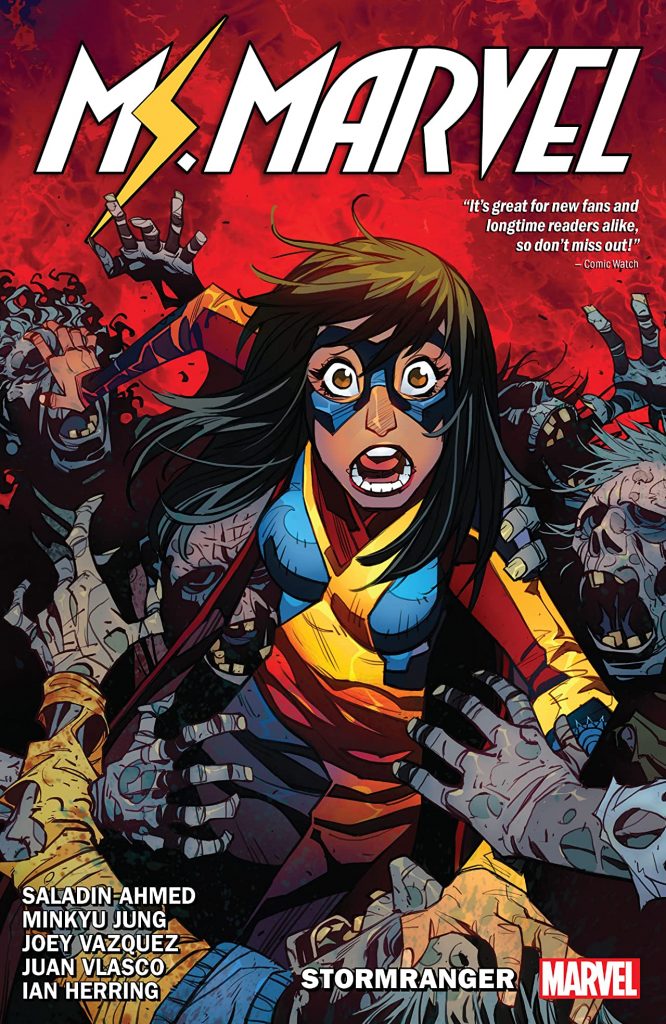 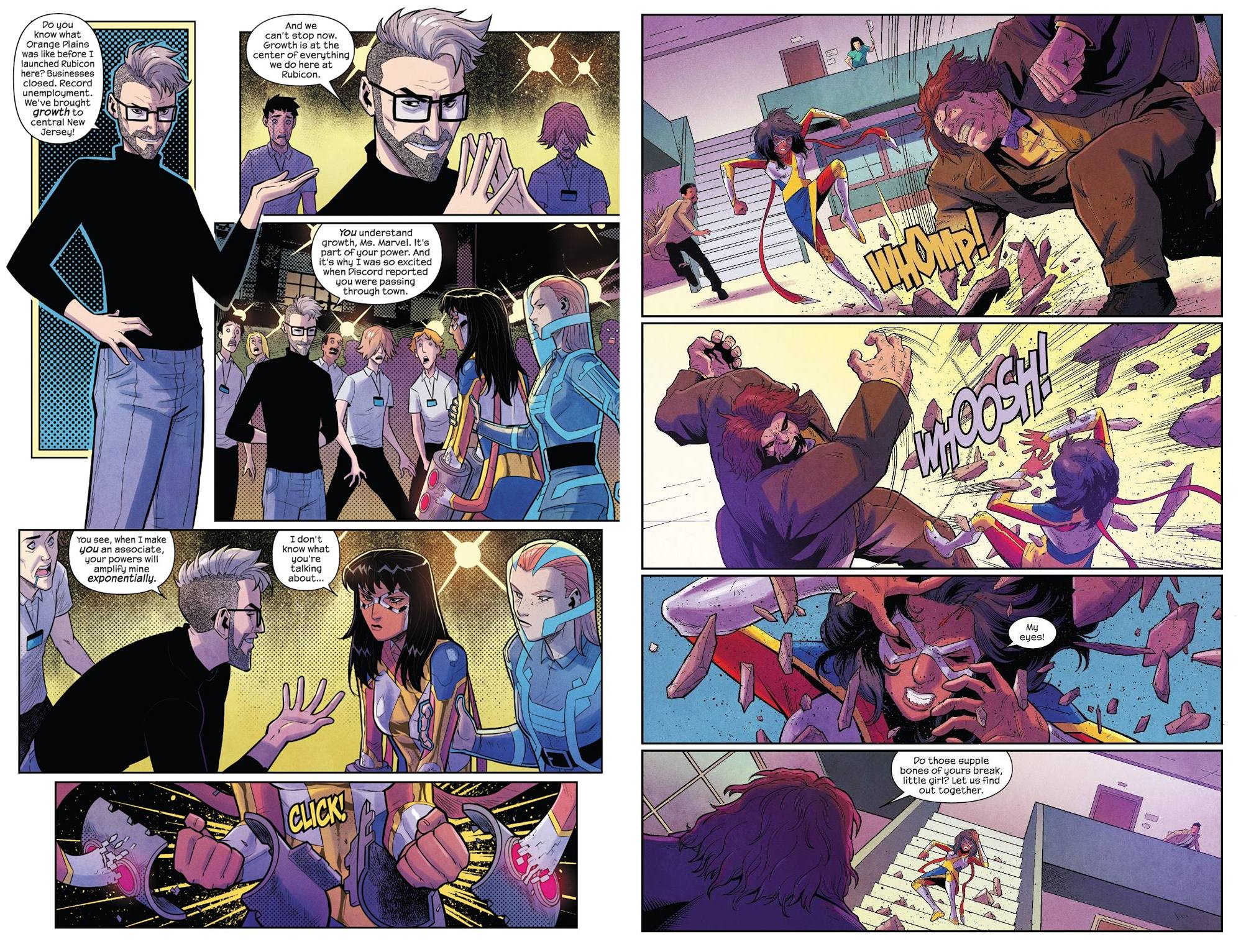 Time moves on. It’s been a month since Kamala Khan learned of her father’s illness, and despite her being acquainted with the likes of Tony Stark, his is an unknown condition so far without cure. It’s mentioned, but not the focus of Saladin Ahmed’s opening story, which begins with a girls out day trip designed to be a break from their troubles. That’s not how it works out. Former schoolmate Josh was seen in passing during Destined, and he’s back again, cleverly characterised. Regular Ms. Marvel readers will be aware of what he did, yet Ahmed nevertheless manages to make him slightly sympathetic.

The two parts of that encounter are drawn very nicely by Joey Vasquez, who may only be filling in, but he has the right light approach and is good with personalities. Regular artist Minkyu Jung is back for the rest of the book, beginning with Ahmed dealing with Mr Khan’s illness. With Ms. Marvel’s biggest audience being teenagers, it could be they’ve not previously come across the plot where a delicate treatment is endangered by the coincidental appearance of a marauding super villain. In this case, as seen on Jung’s sample art, it’s Mr Hyde, and perhaps unoriginal plot would have been lost in the shuffle, but disappointingly, it’s followed by another that will ring the memory bells as the suit Kamala acquired in space turns out to be more than she realised.

Ahmed takes that plot in a different direction from Spider-Man and Venom, maintaining the hospital tension while Kamala has to sort out other problems, a smart aspect being the recognition that elements within her contribute to the threat. The temptation to add a recurring menace is resisted, and the suspense and fun continue all the way through. The partial regurgitation of old plots means this isn’t quite as original as Ahmed’s opener, but few younger readers will care about that, and the joy continues with Outlawed. 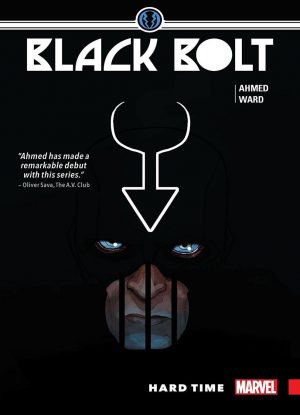