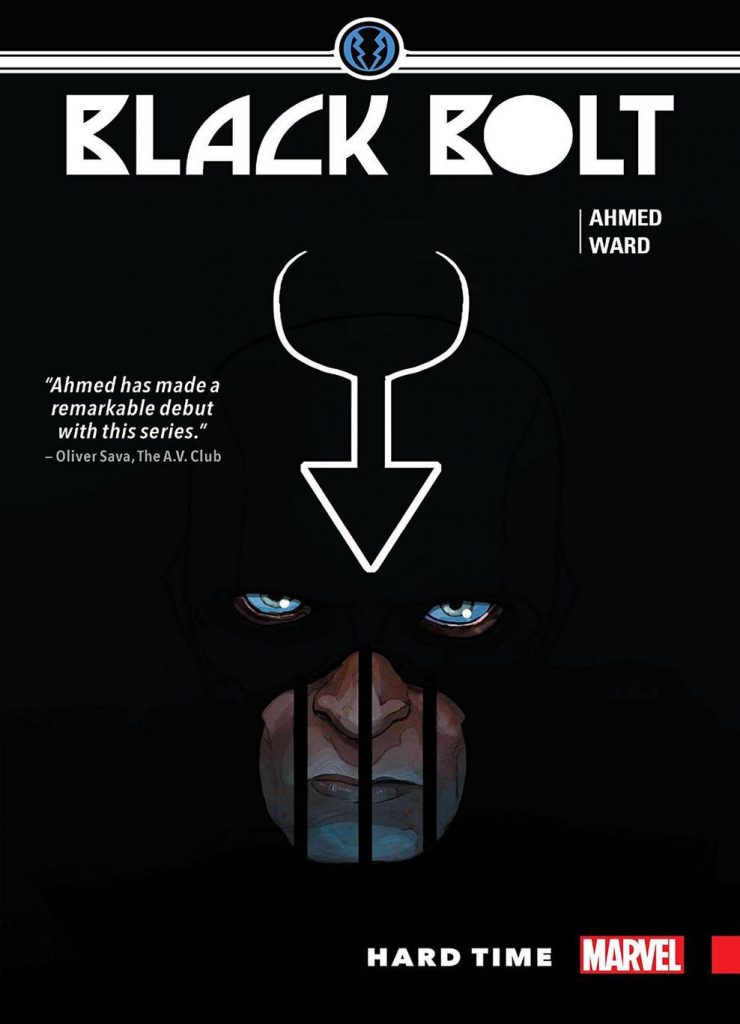 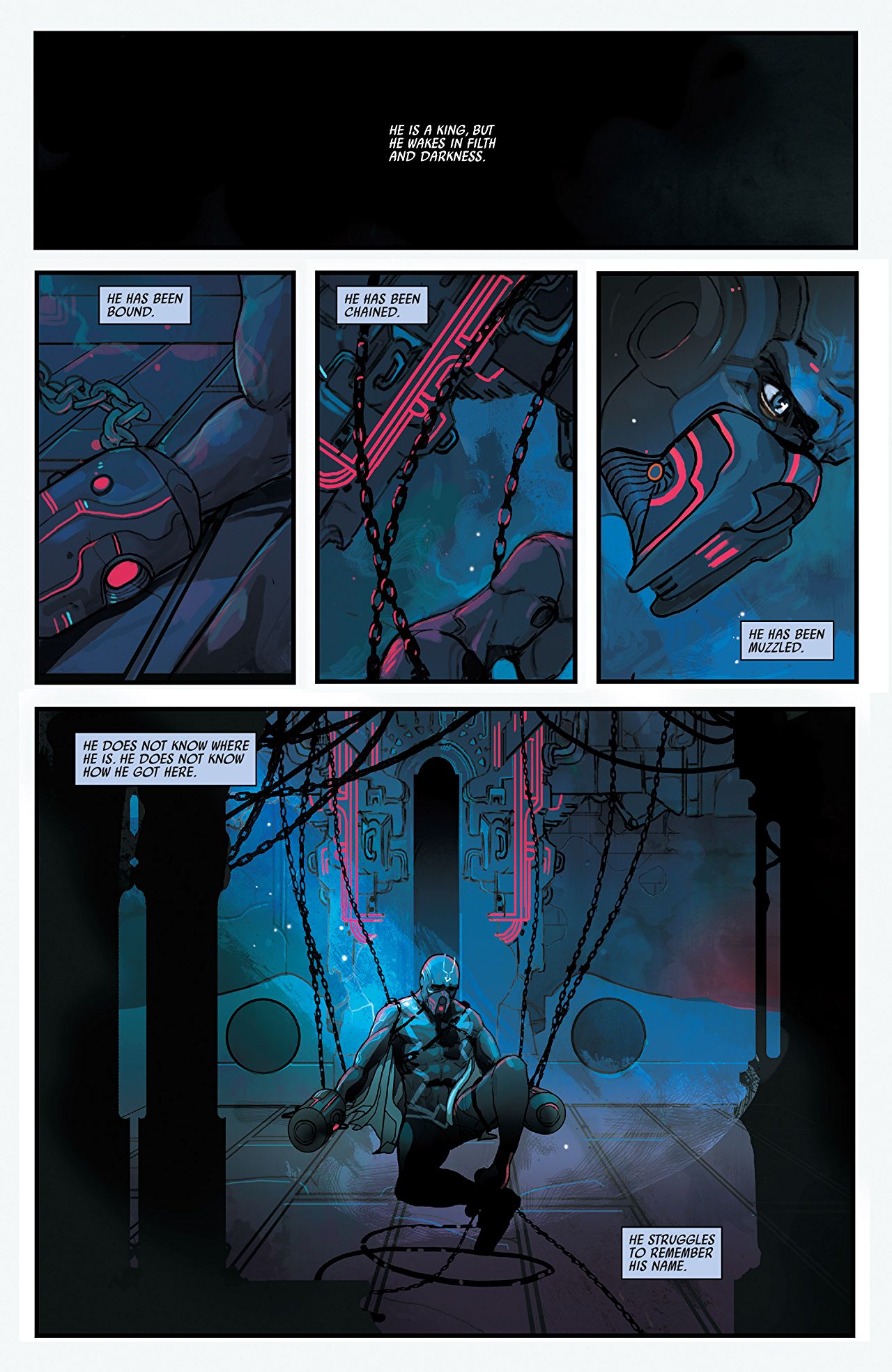 Black Bolt is a difficult character to write well. Being unable to speak due to his terrifying power, and apparently disinclined to communicate via text, he’s someone that has to be interpreted, and it renders him distant. In a technical writing sense he’s difficult because he can’t have any speech balloons, so needs other characters to bounce off. Additionally, beyond his speech being able to shatter mountains, the powers projected through the wishbone device on his head are incredibly vague. They’ve been all too conveniently used in the past as a get out of jail free device, which would be immensely useful in Hard Time.

It seems at first as if Saladin Ahmed has dumped Black Bolt into a Kafkaesque world of surreal repetition where nothing is as it appears, when in fact he’s constructed a puzzle. Black Bolt awakens chained in jail cell with a disembodied voice instructing him to repent and name his crimes. Then does so again. And again. Eventually he meets other jailed beings and learns a little of what’s happening. The most prominent among these other prisoners is Crusher Creel, the Absorbing Man, his powers extinguished in the same manner as Black Bolt’s, and indeed any other prisoner. He may not seem like a good match for Black Bolt’s supporting character, but Ahmed works wonders with this oddball relationship, giving Creel considerable depth of personality, explaining who he is and the life pattern he’s fallen into. No-one who’s read superhero comics for any length of time will take Creel’s part in the ending seriously, but it works well as part of this story.

Christian Ward in one respect has it easy, as practically the entire story takes place in the single location, and he therefore doesn’t have to invest much time in designing intricate backgrounds, but attention to character detail is important. Hard Time requires more than the usual gritted teeth expressions and stock superhero poses, and while there are some facial inconsistencies, Ward is up to the needs of the plot. Frazer Irving steps in late on for a particular sequence, and he also handles the colours himself. His work is much brighter, but given the circumstances it’s a workable contrast.

If there’s a problem with Hard Time it’s that only one aspect of the plot requires Black Bolt to be at its centre, his association with the Inhumans’ teleporting dog Lockjaw, but it’s a minor complaint regarding an intriguing story about a character whose use has been annoyingly inconsistent.