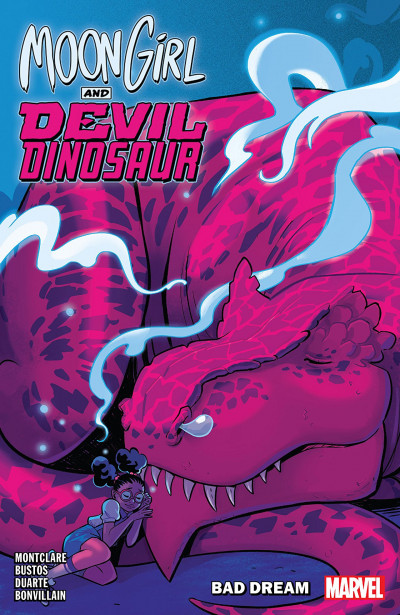 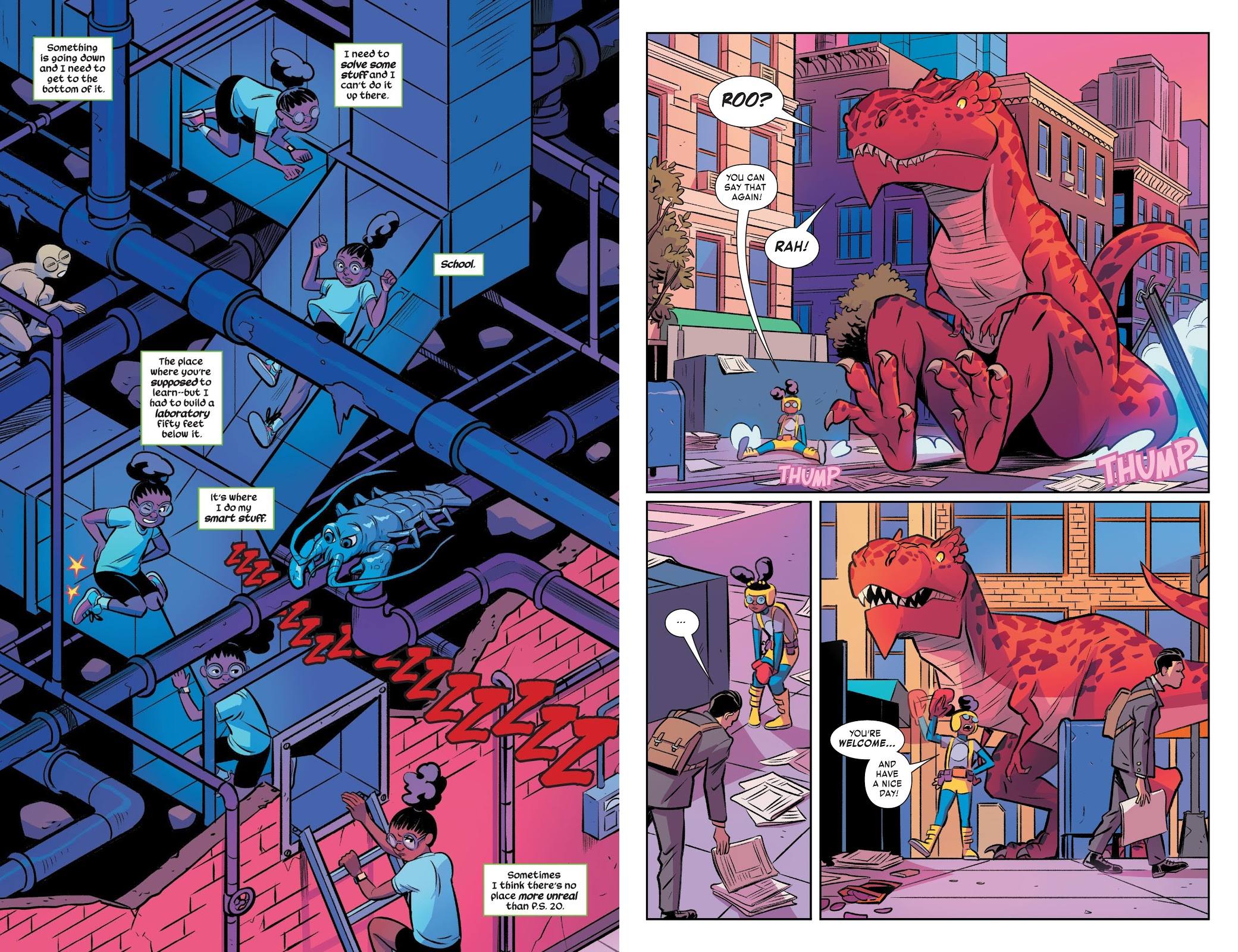 Lunella Lafayette hates school. With her smarts, sitting around all day in a class with others just because they’re also nine is a living nightmare. It makes you wonder why she made all that effort to keep the place open in Save Our School. The school features, among other subjects, in the nightmares Lunella’s having, and she’s not the only one. She’s smart enough to figure how to access the dream dimension, but doesn’t count on who she meets there, nor what she brings back with her.

When we see the dream dimension in Marvel’s superhero comics it’s usually a dark and forbidding place, one where Nightmare’s always trying to stop Doctor Strange or vice versa, but Moon Girl and Devil Dinosaur is aimed at a much younger audience. We therefore have the refreshing sight of Natacha Bustos combining with colourist Tamra Bonvillain to present a bright and jazzy nightmare realm. It’s almost something that could have been dreamed up by a kid. It looks fantastic, and of course even better when a giant red dinosaur is thrown in there. Doctor Strange and Sleepwalker feature in the four episode title story, and Lunella contacts Spider-Man for the single chapter finale. She has rather a surprise for him.

By now, you should know what to expect from Moon Girl and Devil Dinosaur. Bustos, and last chapter artist Ray-Anthony Height supply personality-rich cartooning, while Brandon Montclare supplies twisting plots. Lunella faces danger, but because she’s always so capable and confident there’s never a point at which the anxiety levels are raised too high for younger readers. Besides, with Devil Dinosaur as your best bud, is there anything to really fear? As ever, this is tremendous fun, and it’s a great shame that the series comes to an end with the next volume, Yancy Street Legends.