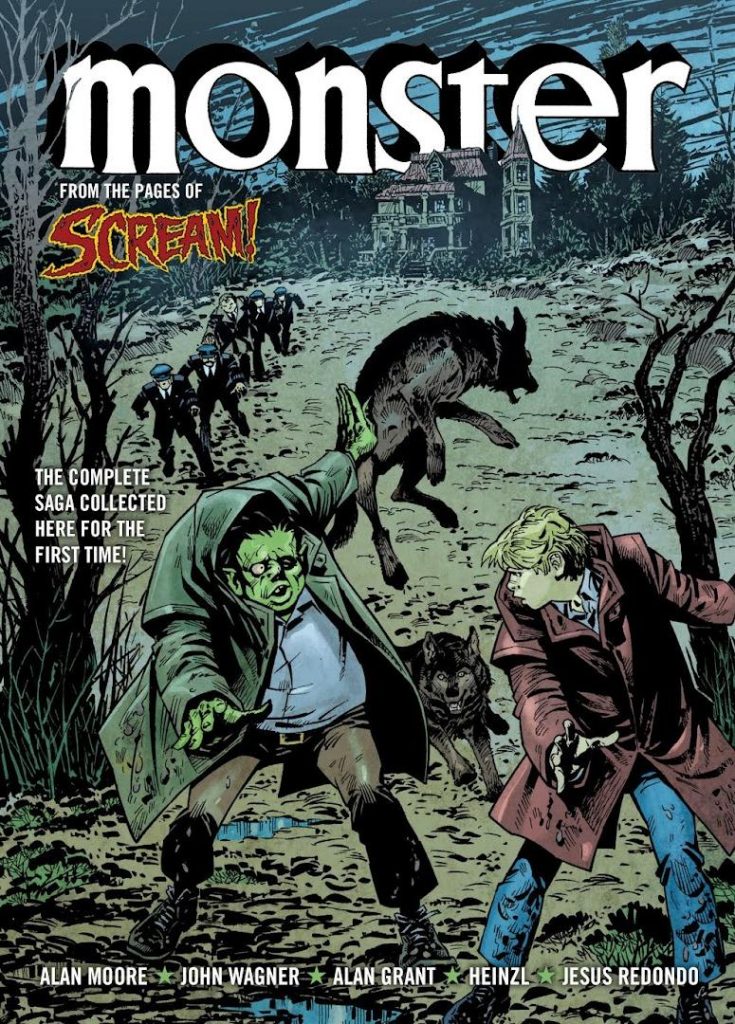 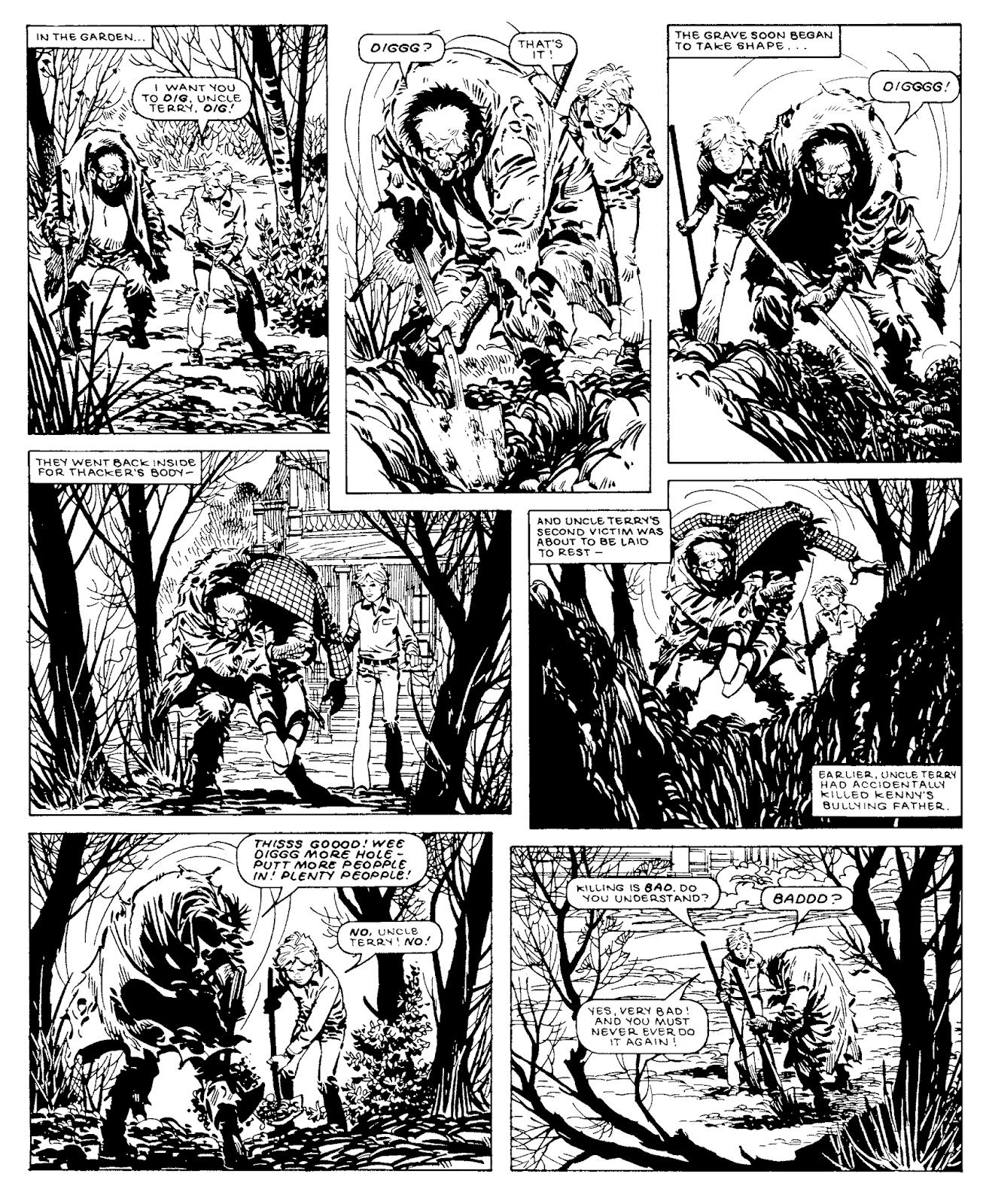 There’s an extremely grim beginning to Monster as we’re treated to twelve year old Kenny going through the process of digging a grave for his abusive father as he recalls how the man’s death came about. That opening chapter is the only series work by Alan Moore, and the suspicion is that he had something even bleaker in mind for the continuation.

The strip is turned over to the writing team of Alan Grant and John Wagner, and while still dark and sometimes disturbing, their approach gradually has an infusion of humour. With his remaining family now all dead, Kenny learns the unpleasant family secret. Chained in the attic is his monstrous looking Uncle Terry, who’s never known anything other than his surroundings, and brutal treatment over the years has developed a brutal personality that Kenny attempts to prevent going too far off the tracks.

This variation on the story of Frankenstein’s Monster is drawn by Jesus Redondo (other than the opening chapter by Italian artist Heinzl). Redondo supplies a suitably innocent looking Kenny, and a suitably deformed Terry, while pouring the details into the backgrounds. Like other Spanish artists working on strips set in Britain, he’s not great on research, tending to draw the trains and police cars as if Spanish and Blackpool as a small town surrounded by countryside, but he seems to have been supplied with reference for the Scottish scenes.

That’s because Kenny’s heard there’s a doctor that might be able to treat Terry in the North of Scotland, so much of the strip’s first half is the journey there, with Wagner and Grant revelling in the dialogue once they reach Cromarty. Old hands at pushing the right buttons, they include enough adventure and violence in every four page episode to keep the intended young audience coming back for more. They’re also imaginative about the settings provided for Terry to rampage through, introducing the likes of funfairs, Scottish country estates and assorted encounters with aggressive tramps before setting the final third in Australia.

Terry having to survive without the guidance of the jettisoned Kenny is a good move, as without him Terry is able to wander into more dangerous situations. However, while Monster may prod some joyous childhood memories for those who read it back in the day, it’s not a lost masterpiece.