Modesty Blaise: The Children of Lucifer 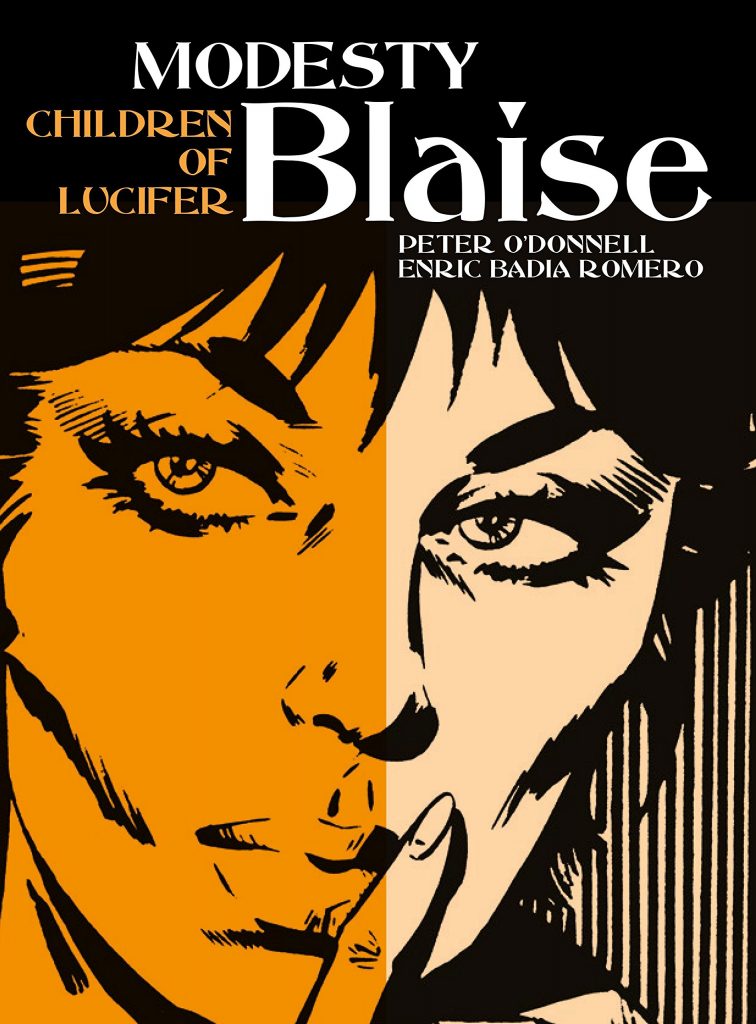 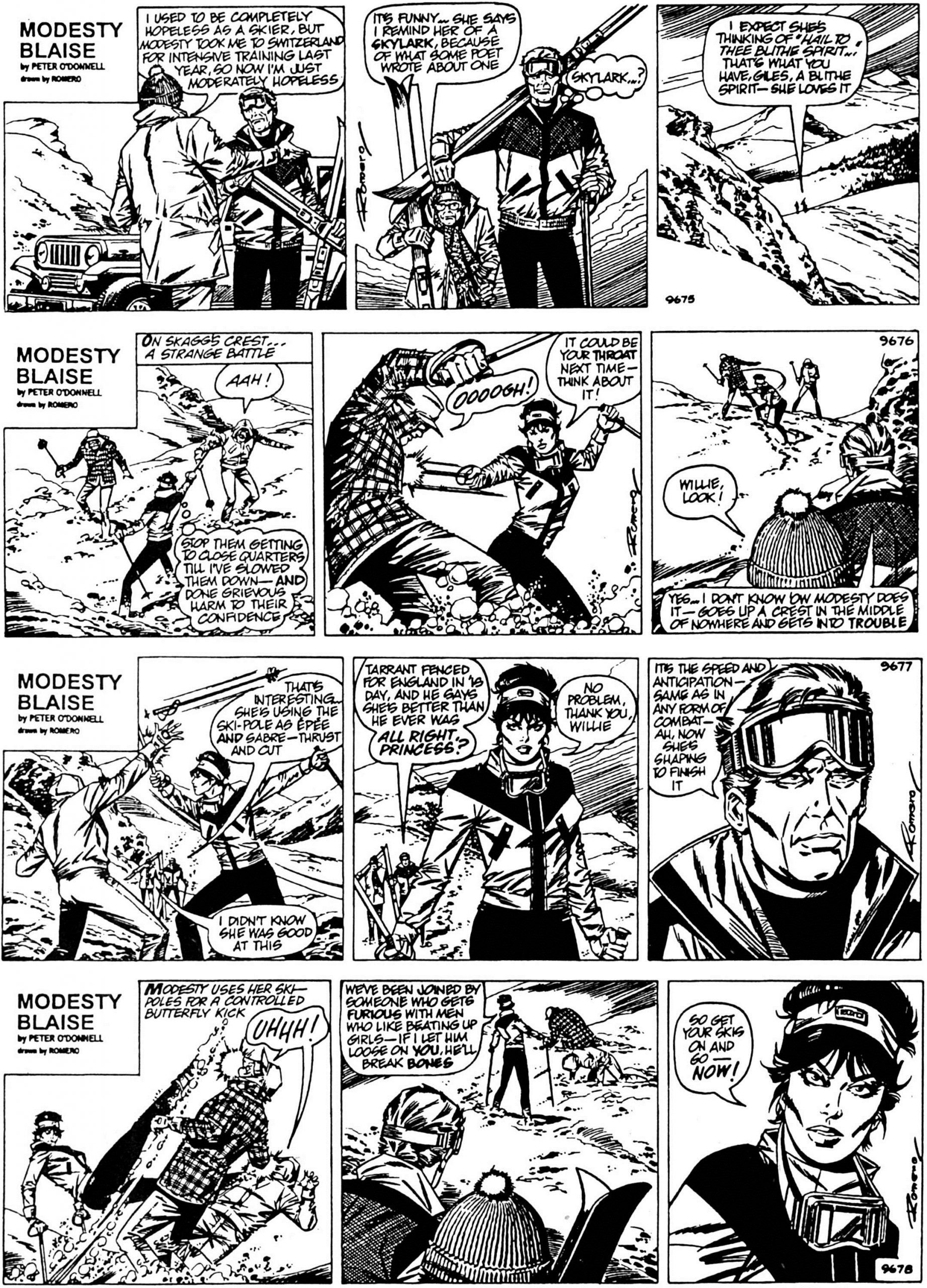 Mystery writer Stef Penney provides the introduction to this penultimate collection reprinting the Modesty Blaise newspaper strip in its entirety, her credentials established by adapting Modesty stories as radio plays.

By these three stories Modesty had entered the 21st century, and at the time her 1960s chic was beginning to look a little dated under artist Enric Badia Romero, but time has restored the natural talent to a period elegance. There’s never any doubting Peter O’Donnell’s ability to plot a complex mystery thriller over three to four months of daily newspaper continuity.

‘The Hanging Judge’ begins with what seems to be O’Donnell poking fun at the revisionist history provided by Hollywood films, and other lack of accuracy, but opens into grim revenge instituted by a recently released killer whose prison sentence was increased by the then Home Secretary. Modesty and Willie have a deadline of twenty days to find a killer who’s undergone plastic surgery and could be hiding anywhere on Earth. It’s the taut thriller the plot suggests, and how O’Donnell pulls two seemingly unconnected plot threads together is something to be admired, enabling Romero to enjoy himself with a succession of ridiculous historical costumes. He may be known for the glamour of his art, but his elderly people are equally well composed.

The title story is an action thriller set in the wilds of Nevada where an eccentric Satanic sect is a front for far more serious activity. However, O’Donnell twists it further, involving Mafia bosses, a nutty murder plan and yet another holiday for Modesty and Willie that’s not as restful as intended. It’s also another outing where O’Donnell has introduced the means of his finale early, yet in a way that even regular readers aren’t likely to notice.

An intriguing prophecy about Modesty and Willie in the mountains of Nepal opens ‘Death Symbol’, and it’s the best in a quality collection, revisiting characters from one of Modesty’s earliest stories and taking a dip back into the past to look at Willie’s days in the Foreign Legion. A favour is called in leading to a mission in Chinese occupied Tibet, an almost impossible task in inhospitable territory against massive odds. What marks this out is the far greater suspense. The previous two stories have shared the villains’ plans, so we know what awaits. Here that’s not the case and it’s against more dangerous opposition. It’s also noticeable that times have moved on, and Romero, once censored for drawing a naked Modesty can do so.

This is another great collection, and The Killing Game supplies the final three Modesty Blaise serials. 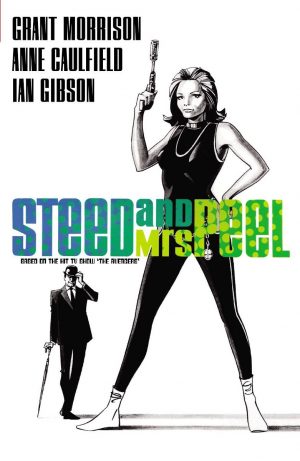