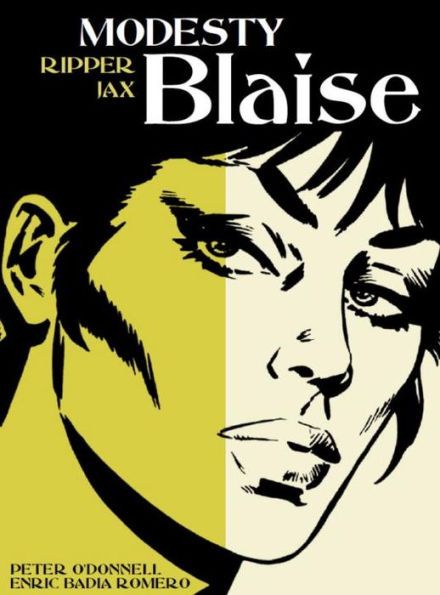 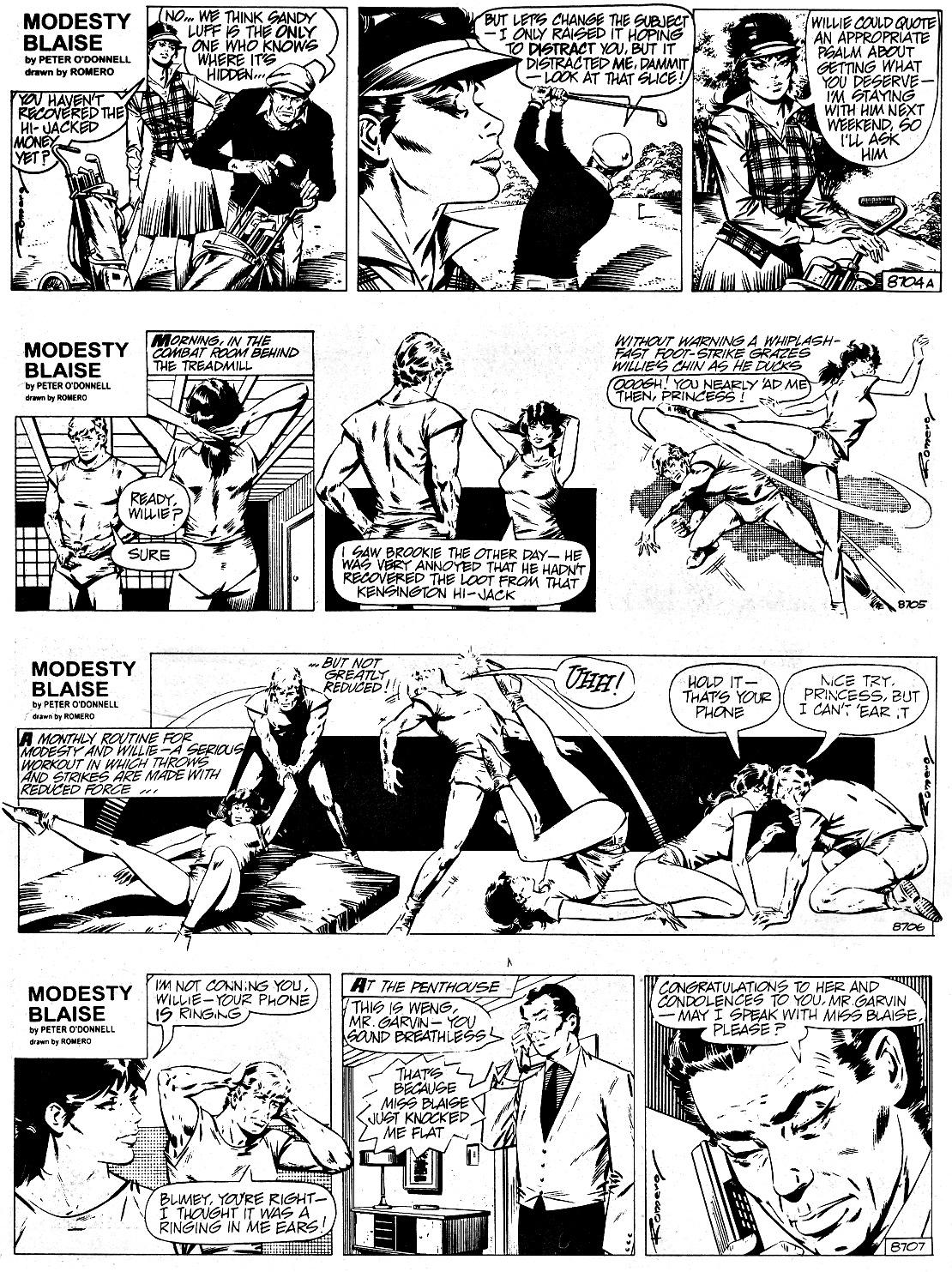 This 27th collection of Modesty Blaise reprints departs from tradition by reprinting four strips rather than three. Perhaps that’s why prices of used copies are ridiculously high compared with The Killing Distance which precedes it, and The Murder Frame, which follows. As always, though, continuity isn’t greatly important to Peter O’Donnell, who ensures new readers can understand any new story from the opening panels.

Take the title strip. We don’t see Modesty herself for a few pages, but in the meantime learn that gangster Ripper Jax wants to learn where the proceeds of a bank robbery are hidden. He’s stymied by the perpetrator being in jail and strong enough to resist any thugs recruited there. However, a seventeen year old girl claims that with some of his hair she can provide the information. There is a reference to a story from The Grim Joker, but it’s neatly recapped while also reinforcing the principle of finding people or objects remotely. The mystery of a vague set of clues and a kidnapping have O’Donnell’s usual clever twists, as several plans are foiled by the unexpected. Those are the highspots as there’s a feeling of deja-vu about the circumstances, the cast stitched together from variations of people used before, and Ripper Jax himself too contrived in name and threat.

O’Donnell’s awareness of variety being a necessity has him set ‘The Maori Contract’ in New Zealand and open with Willie Garvin helping to carve a traditional wooded boat. The wonder of the art is that Enric Badia Romero just seems to take every location and background needed and produces authenticity, this in an era long before the online image search. That’s in addition to the vehicles and architecture of the time and so many dynamically posed action sequences.

‘Honeygun’ opens with seven pages of Modesty and Willie’s days running a criminal network, explaining how this puts Modesty in the debt of a Korean hitwoman. O’Donnell’s so good at devising other items as distractions that by the time Honeygun re-enters the story we’ve all-but forgotten her, but her presence sets up a deadly situation for Modesty and one that pits her against friends. That’s clever enough, but O’Donnell escalates the situation from there into what’s the tensest of the four stories. The ending’s interesting, if perhaps not what might be expected, different but without the cathartic pay-off.

Starting with a darts game in Willie’s London pub, ‘Durango’ rapidly moves the action to the jungles of Guatamala where guerilla leader Durango is prepared to take any advantage that furthers his cause, like two hostages that fall into his lap. What he doesn’t know is that one of them is Modesty’s close friend. However, there are things Modesty doesn’t know. Like the title strip, while the tension is maintained, too much is too easy, O’Donnell reworking old themes.

For all the variety of the actual stories, three of four feature Modesty having to rescue a hostage, and while the circumstances are very different, it’s unusual for O’Donnell to re-use a theme so rapidly. Beyond that, everything is professional. O’Donnell knits his plots together tightly and Romero’s art is impeccable, so anyone picking Ripper Jax up as their first Modesty Blaise collection ought to be impressed, but regular readers might notice too much reworks old glories. The Murder Frame follows. 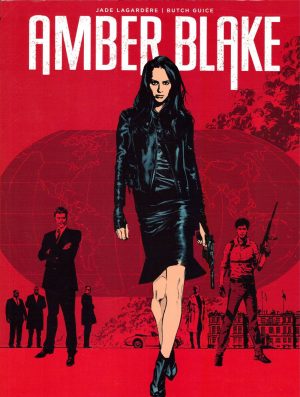