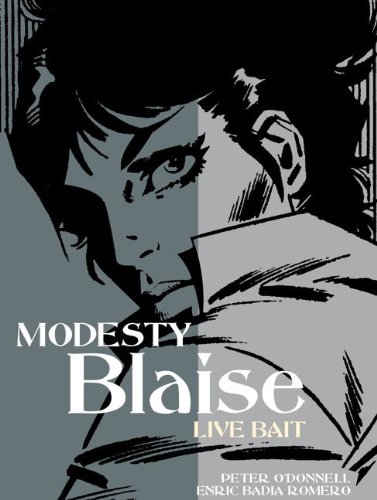 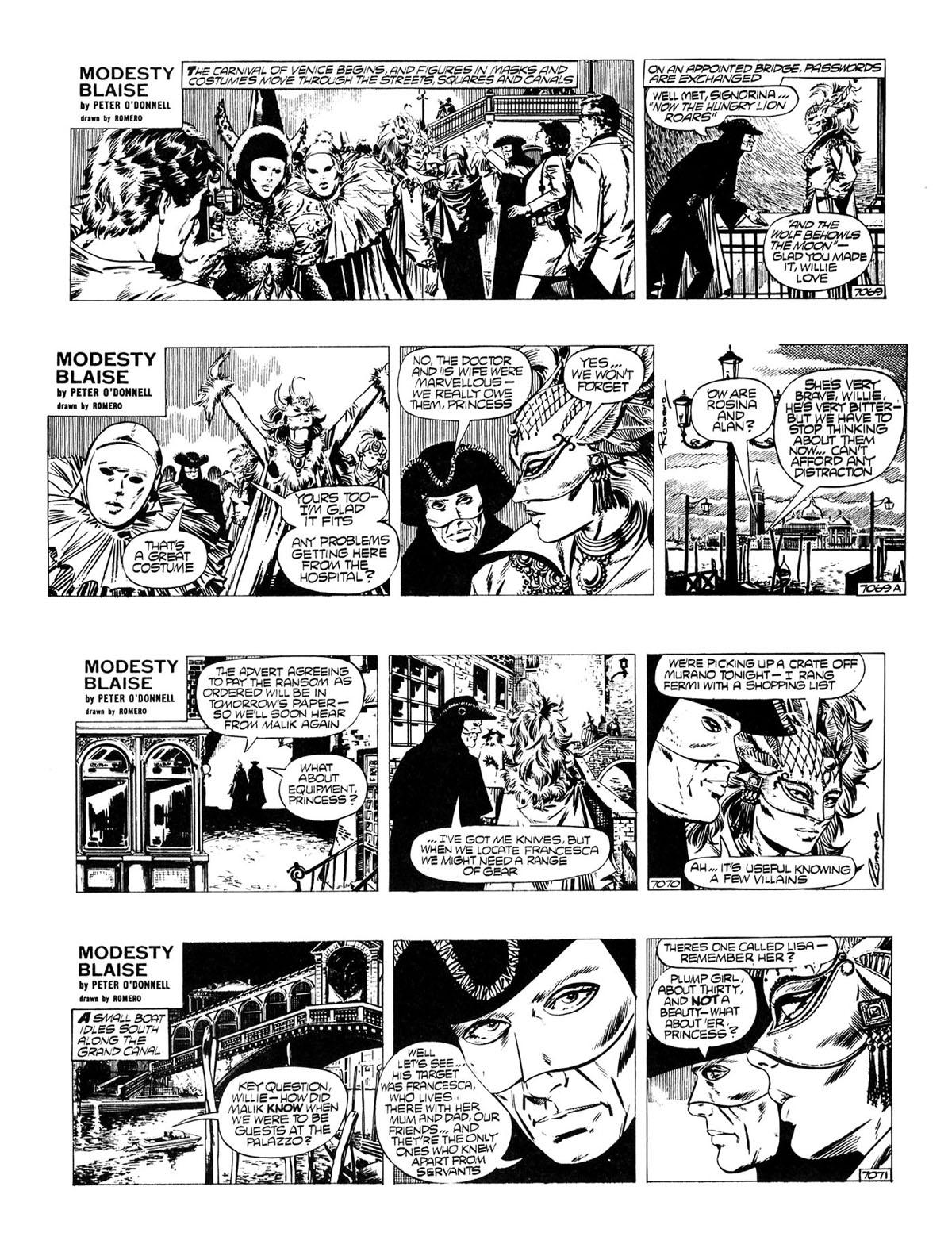 When Peter O’Donnell launched Modesty Blaise it was before Michael Caine’s major film breakthrough, but he was well enough known as an actor in Britain for Willie Garvin’s Cockney character to be based on him. Promoting a Cockney to a starring role was a bold statement in the class conscious Britain of 1963, and one that O’Donnell never softened, continuing to present Willie’s dialogue in clipped vowels. By the time of opening strip ‘Samantha and the Cherub’ attitudes had shifted enough for the BBC to have launched East Enders, set vaguely in the area of Willie’s youth, and Samantha is defined by her East London background. She’s another O’Donnell favourite standby, the child who’s wise and capable beyond their years, and is introduced at a martial arts club Willie attends. There’s an interesting discussion near the start with the volunteer tea lady considering it inappropriate that he teaches teenagers methods of violence, whereas he sees it as self-defence. It mutates into a story involving a cold war defector whose home country want him to return and repent his flight, his co-operation enforced by the kidnap of his wife.

Abduction as a theme runs through all three stories here, an unusual lapse for O’Donnell who usually varied his crimes along with his locations. Overlook that, however, and they’re all good stories. ‘Milord’ involves the abduction of women for forced participation in pornographic films and their murder once they’re deemed to have passed their usefulness. It’s an unusually disturbing topic for a Modesty Blaise story, resulting in outrage and uncharacteristic behaviour from our heroes. In ‘Live Bait’ it’s the infant child of a friend who’s kidnapped as part of a revenge plot targeted at Modesty. It’s well documented that before becoming a freelance adventurer she operated on the wrong side of the law, setting up a criminal empire at a very young age, and one rival was swept out of her way by depositing incriminating evidence with the police. He’s had plenty of years in jail to cultivate his revenge plans, and has now been released.

Artist Enric Badia Romero is as adaptable as ever in supplying the necessary story in three panel snippets as per the original serialisation. What wouldn’t have been as obvious absorbed as three daily panels is how frequently he illustrates a panel of Modesty’s full face to accompany the dialogue, but reprinting stories in their entirety at four strips to a page reveals this. There’s no cheating, however, and each elegantly rendered portrait is different. He also establishes the settings well, here London, South America and Venice.

It’s the title strip that’s marginally the best of a good selection. It establishes a strong emotional division between parents about the best way forward, and so the constant tension of possible disruption. Via the Venice carnival season being essential to Modesty’s plan it also gives Romero some decorative background to draw, and that plan requires improvisation. Modesty’s always going to come through in the end, but this time there are others to worry about also.

As ever, there’s no real continuity to Modesty Blaise strips, but anyone wishing to follow the publication order should look out Lady in the Dark. 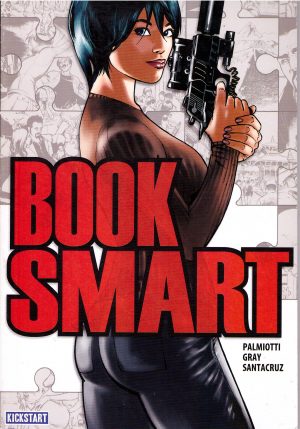