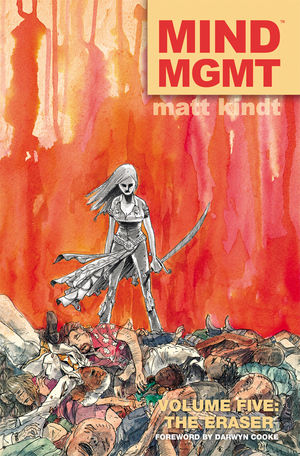 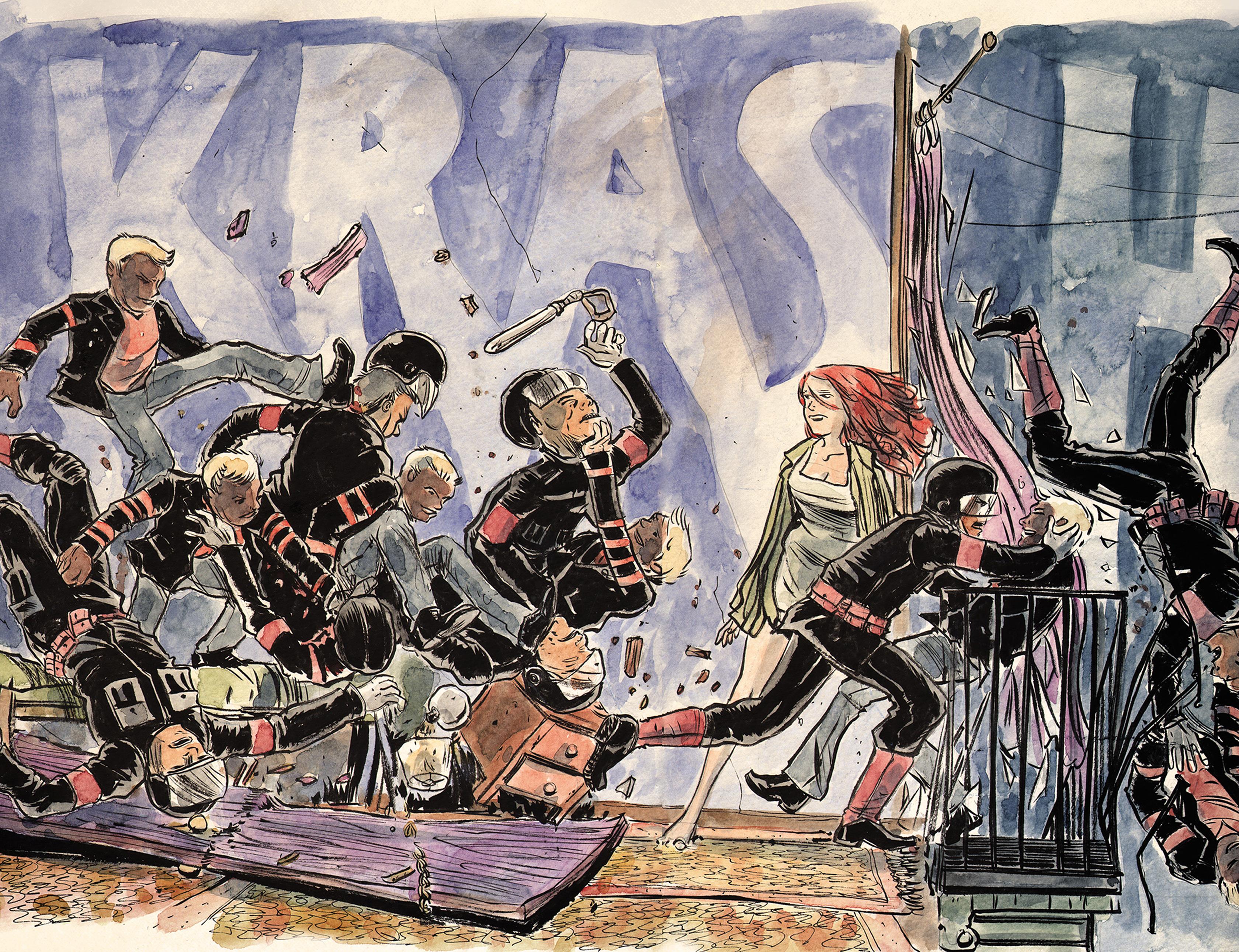 The Eraser has been seen over the past two volumes of Mind MGMT, both in the present day when she’s attempting to reconstitute the organisation, and in the past when she dealt with agents considered surplus to requirements. When last seen in The Magician her recruitment campaign was going well and she’d captured Meru.

Meru is now free in Hong Kong, but wanted for the murder of two colleagues, and the title is in the vicinity of misdirection as the Eraser doesn’t put in a personal appearance until the book’s final stages. This is, however, a fundamentally important sequence.

“History is a dangerous thing. Often forgotten and always repeated”, utters a newly introduced character early in the book. Despite his being supplied with a phrase that might sum up the series, he’s merely a passing fancy, and far more prominent is the first of the Immortals. He’s secreted himself away for decades, and Kindt’s conceived a great and gross way of supplying immediate reader identification. His greater purpose is to explain the origins of Mind MGMT the organisation, as The Eraser is a book of explanations, finally laying out everything we’ve not been told or may have missed in previous volumes. We already know the bare bones of much of what’s disclosed, but the disclosures fill gaps and provide a greater depth to events and personalities. The first of the Immortals supplies the full monty while also serving the purpose of empowering Meru.

There’s a similarity to the first volume of Mind MGMT in that until the final chapter Meru is the sole focus, single-mindedly experiencing great hardship and danger as she follows through on a quest. The difference this time is that she knows who she is and what she’s capable of, and the latter is reinforced throughout.

We once again have the problem of Matt Kindt the writer set against Matt Kindt the artist. As the success of Mind MGMT displays, there are plenty of readers willing to overlook the rough layout style, the dodgy figurework and the lack of depth. Kindt’s artistic strengths are his layouts and imaginative storytelling. When we reach the full revelation of the Eraser’s previous life, hinted at since the second volume, for reasons clear in context it’s interpreted as pulp science fiction. As with the sequence dealing with the first of the Immortals, much of the story has been revealed, but this chapter pulls it together and reveals those final incidents.

There are some odd conveniences here, Dusty’s followers for one, which don’t seem a great idea, but Kindt the writer has yet to disappoint, and they have a greater purpose in the next book. This introduction, though, isn’t subtle. The entire book is a darkest before the dawn prelude, as Mind MGMT is a finite story that concludes with The Immortals. 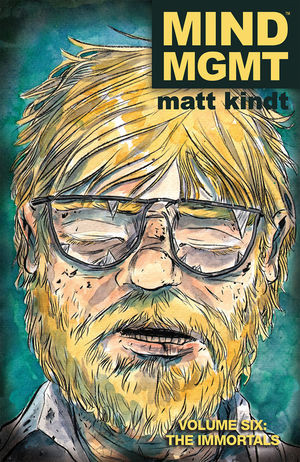