Mimi and the Wolves Volume 1 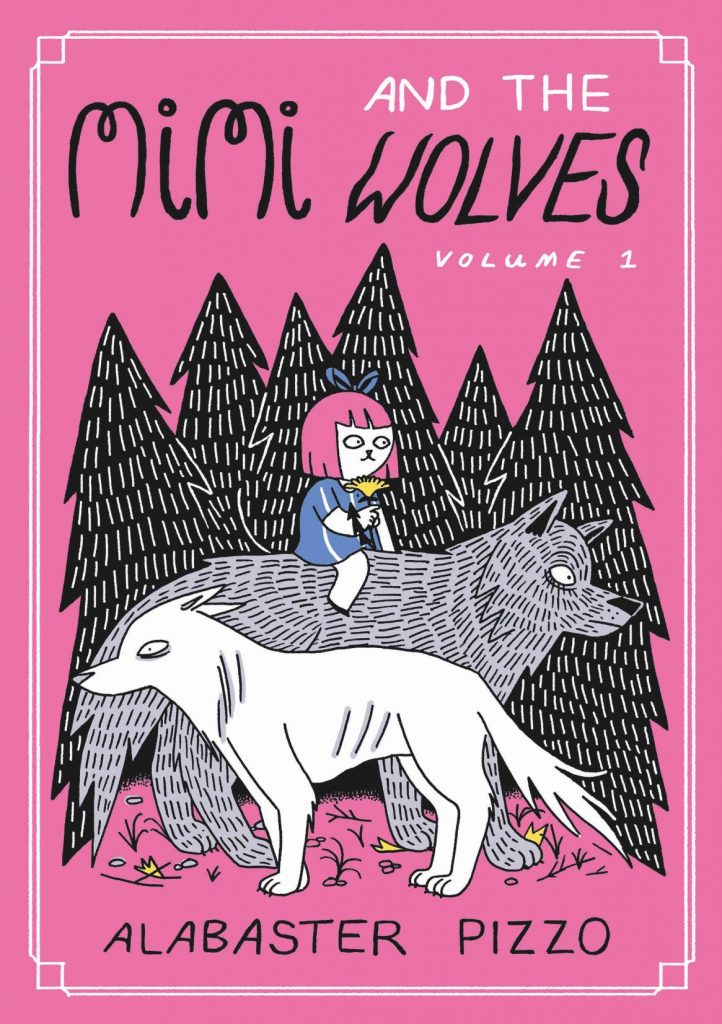 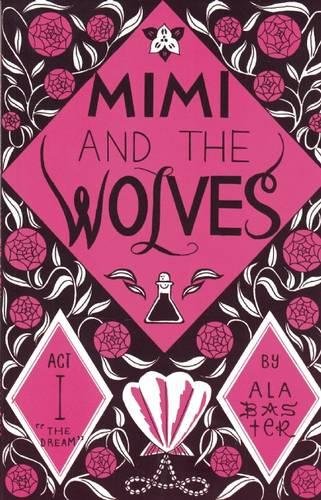 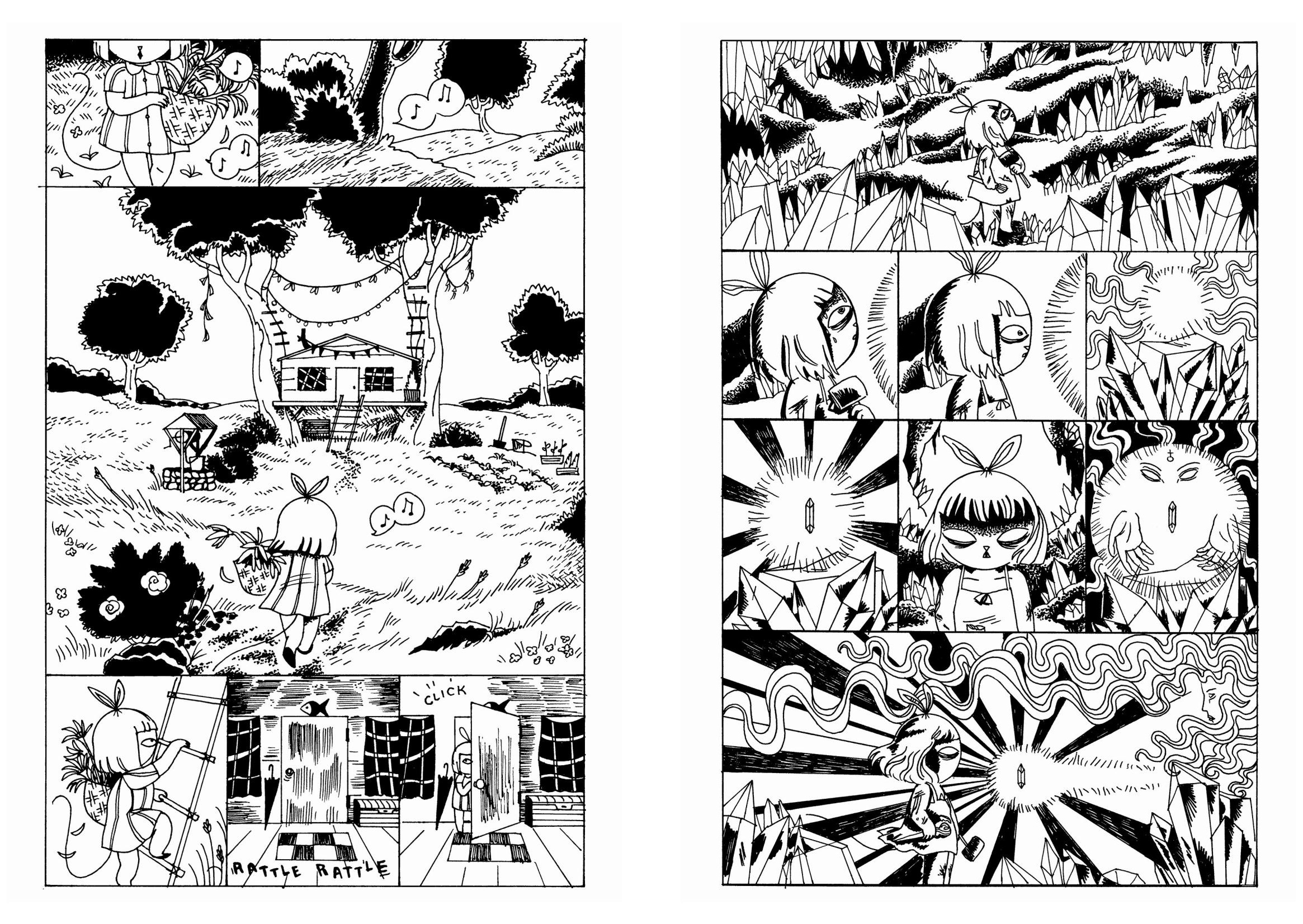 There’s a deceptive opening to Mimi and the Wolves, as Alabaster Pizzo creates a comforting world in which Mimi mixes with all sorts of talking humanoid animals in a rural community. She looks more human than most, but has a long, thin tail. It’s very Animal Crossing until Pizzo reveals what Mimi dreams of at night, horrors to give Bosch nightmares. Even more shocking is the revelation that instead of considering them nightmares, Mimi’s comforted by these visions. In order to get to the bottom of them she takes the equivalent of a hallucinogenic trip and is told other people see the same woman she does in her dreams, and she’ll recognise those people via an inverted version of the Venus symbol depicting gender. Soon after she meets Ergot, the most prominent of the wolves mentioned in the title.

This Avery Hill edition combines what was originally released as three self-published paperbacks between 2013 and 2016, yet despite a narrative and visual density it barely begins to touch on the wider world Mimi experiences. By the end of the first chapter Mimi’s come to a faith based decision that the unknown of the wolves is better than her domestic comfort, despite the wolves still walking on four legs, living in the forest, and remaining mistrusted by the wider community.

Pizzo puts an incredible amount of work into defining Mimi and her world, and her storytelling is extremely decompressed. This has drawbacks for readers and creator. On the one hand Pizzo has an individual style and wants to set a specific mood, yet her work intensive methods slow the story she wants to tell. The page count could be considerably reduced without any great impact on the bigger picture, an example being almost every scene specifically created to lead up to supporting character Kiko receiving a letter. With more space available, perhaps we wouldn’t be wondering as to Kiko’s purpose after nearly two hundred pages. Alternatively, immerse yourself in Pizzo’s world, absorb the deliberate echoes of Little Red Riding Hood and The Snow Queen fairy tales and go with the flow.

Pizzo continually surprises, one being depicting controlling relationships as per the real world, and it’s tempting to look for other parallels or analogies, but they’re only apparent in wisps. Pizzo’s building her own universe, not commenting on ours. Imagination is key, and this has the feel of a story only just beginning, which is why it’s volume one.