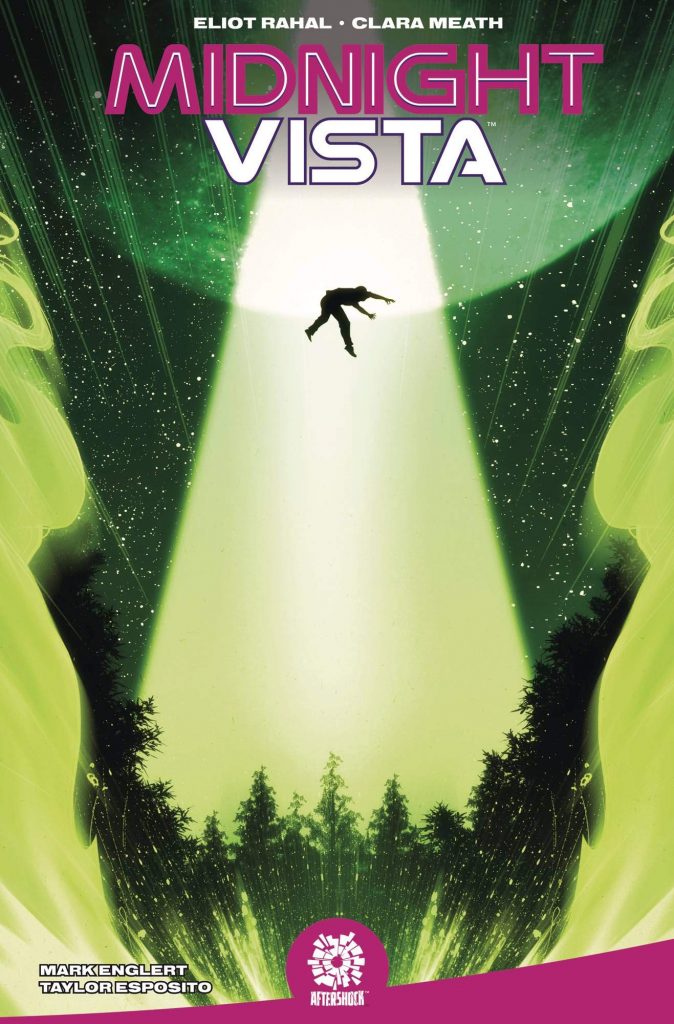 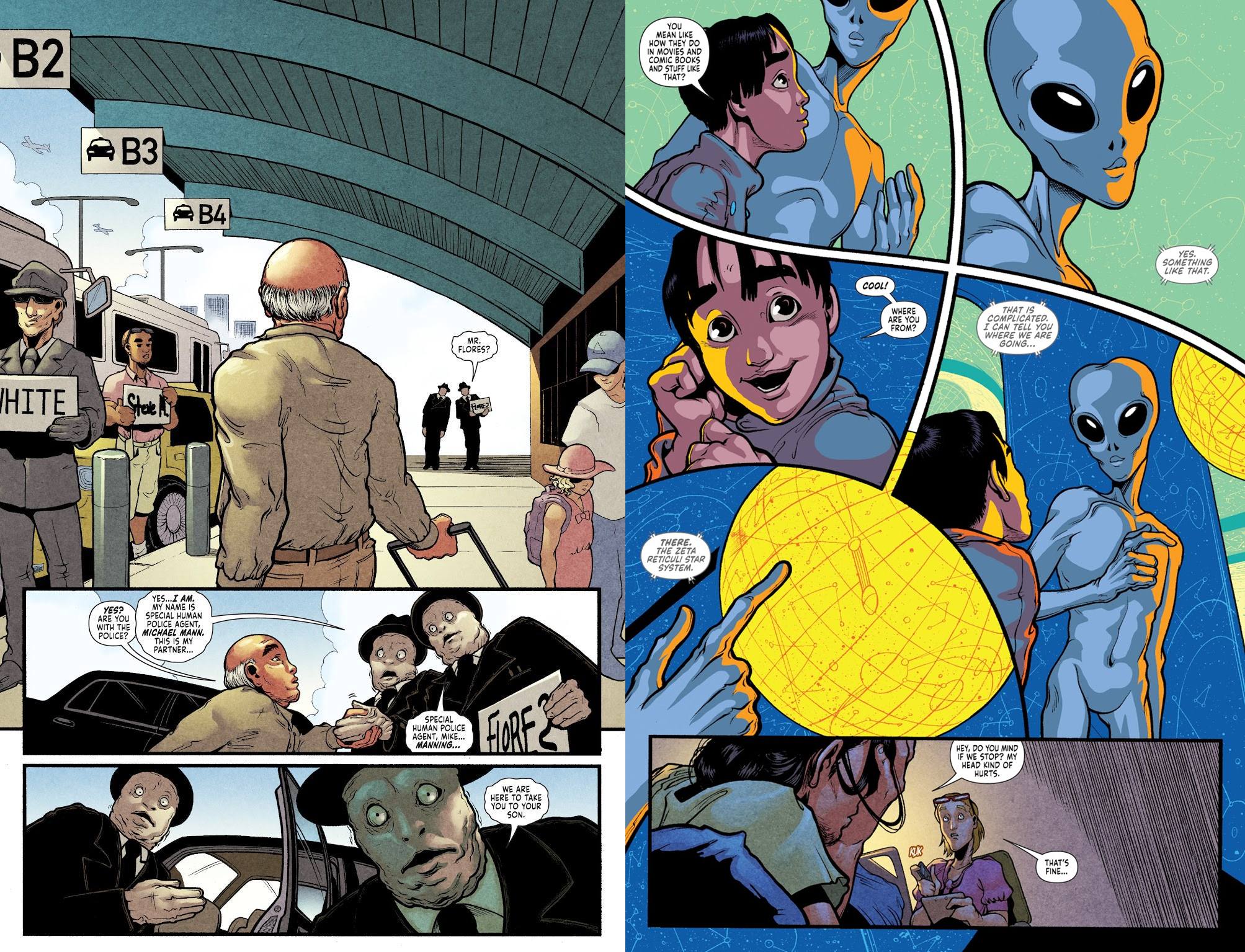 Aged eight, Oliver Flores disappeared in 2002 along with his stepfather Nomar. Seventeen years later he’s found naked on the same street he disappeared from. The intervening years have seen him become the US’s most famous missing person, with all sorts of theories growing up around what might have happened to him. None of them approach what he claims is the truth, that he and Nomar were abducted by aliens. In all other respects he seems like a smart guy in his mid-twenties.

Eliot Rahal and Clara Meath set a nice conspiracy vibe going in Midnight Vista. Because it’s such a leap for anyone to believe, over the opening chapters it’s uncertain whether Oliver’s telling the truth or if it’s all in his mind, yet what else might account for his sudden reappearance? Meath’s sample art shows an ability to switch from a tidy cartoon version of reality to a trippy otherwhere, which is useful as the longer Midnight Vista continues the more Rahal introduces aspects beloved of the Weekly World News. As seen on the art, we have men in black and small grey aliens, and later there’s a cult as well.

It’s all a lot of fun, although over five chapters only one of the questions that arises is definitively answered, and several aspects evade logic while being convenient for Rahal’s plot. Despite this everything works until the final chapter, where it tips over the edge. It seems Rahal has no real idea of how to end his story, and so goes for the rescue out of nowhere, blam! and the credits roll. It really is as quick as that, and very disappointing as the mind that conceived the rest of the plot could have applied itself to something better. 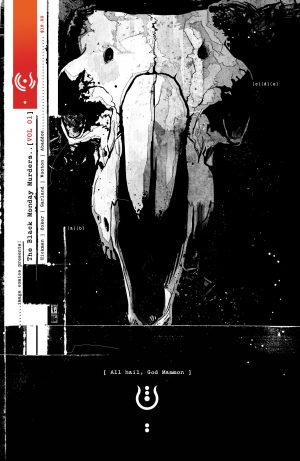 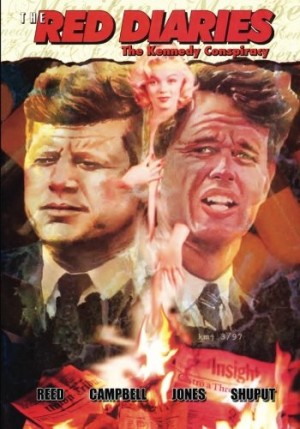