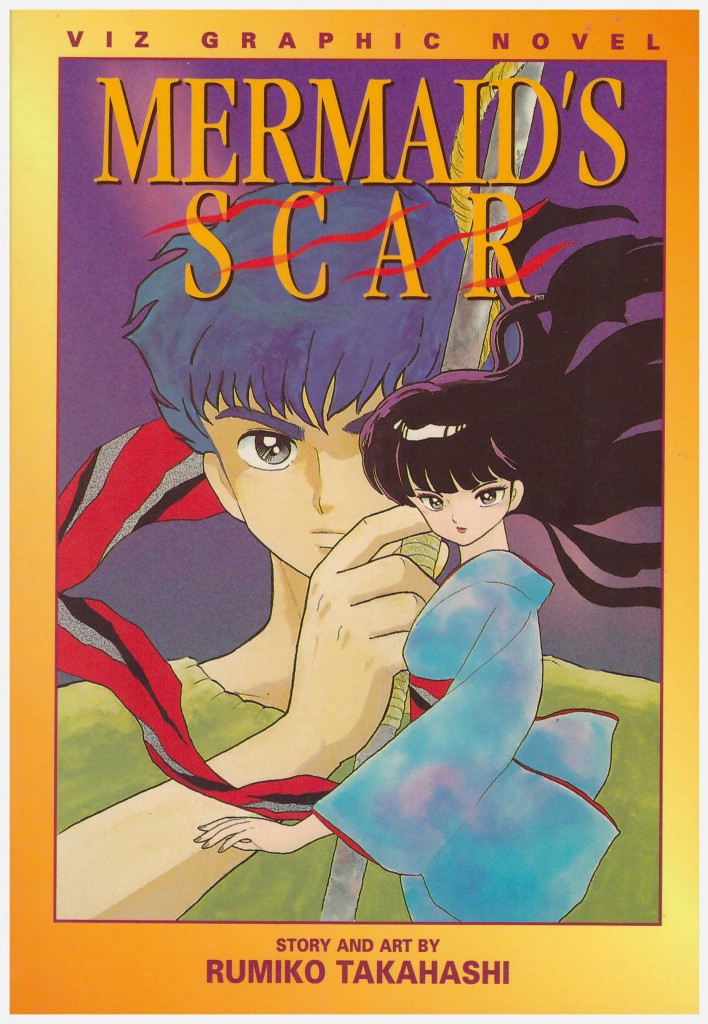 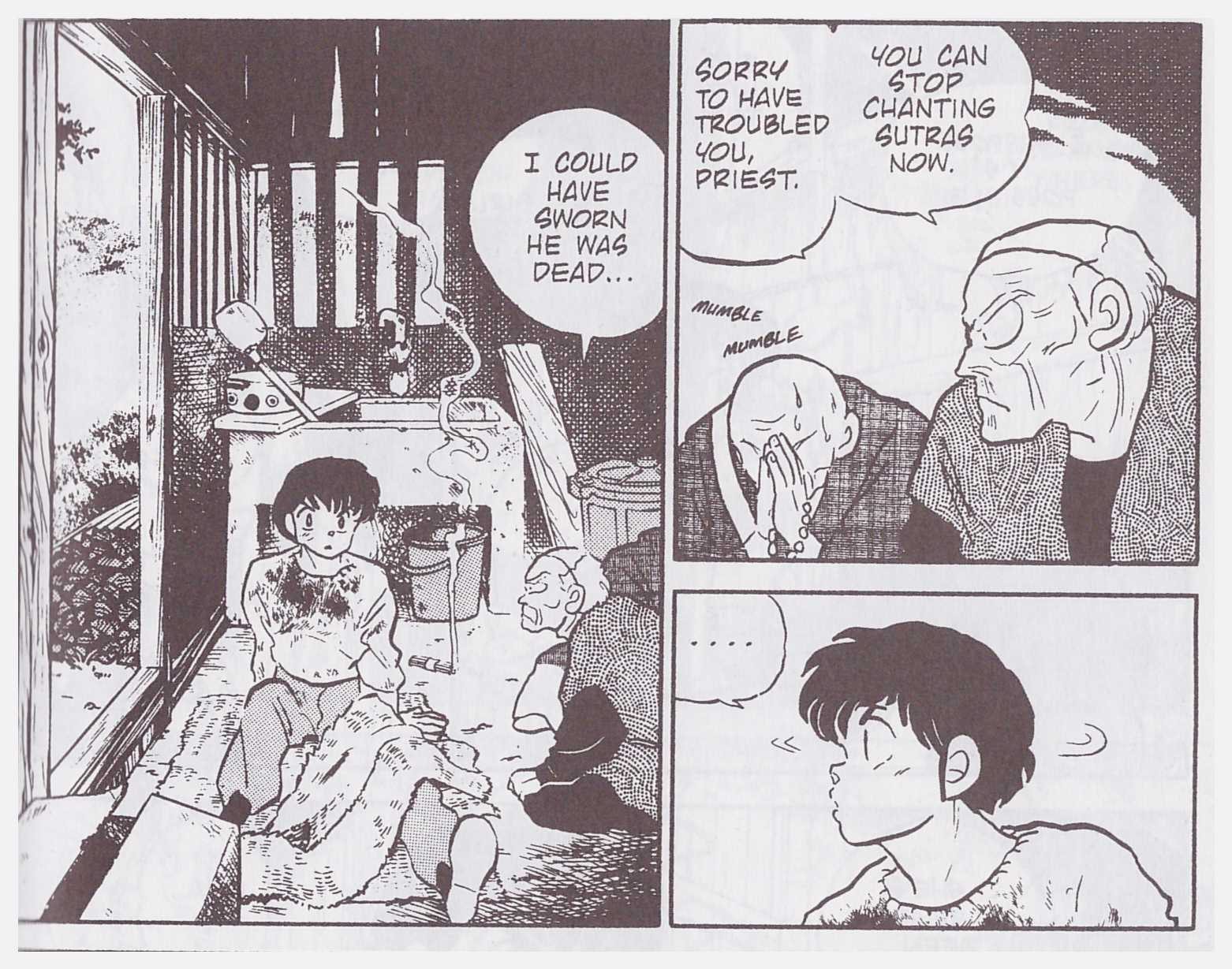 Mermaid Forest introduced Rumiuko Takahashi’s dark take on the possibility of Mermaids. They do exist, and those who eat them can become immortal while retaining their faculties, although it’s more likely they’ll transform into raging immortal monsters known as Lost Souls, or die in horrific fashion.

In this volume two shorter stories bookend two novellas, ‘Mermaid’s Promise’ and the title story. In some ways the best sequence, ‘Mermaid’s Promise’ sees Takahashi continuing her mythology by detailing what occurs through minimal absorption of mermaid flesh, in this case ashes. Unfortunately it shares many elements with her ‘Mermaid’s Forest’ story, in which the consequences were more horrific as the mermaid product at issue there was blood.

Despite a readership now familiar with the properties of mermaids, ‘Mermaid’s Scar’ still manages to shock with an early sequence featuring an infant. It occurs two years after Yuta and Mana’s main continuity to this point, leaving Mana now 17, and the pair having to work, which results in Mana becoming the domestic help to a woman known to have eaten mermaid’s flesh and her young son. His apparent lack of understanding delivers a particularly tragic moment, well set-up, but there’s a deeper story than initially apparent.

The opening tale ‘Dream’s End’ is a slim variation on Of Mice and Men, but ‘The Ash Princess’ is the best story in the entire series. It’s another dip back into Yuta’s immortal past, in which he encounters mystic rituals, deception and, this being Mermaid after all, horror. The balance of innocence and tragic circumstances central to most Mermaid stories is exactly right, and the eventual leap into the unknown caps an unpredictable tale.

This version of the series continues in Mermaid’s Gaze, but these stories also appear as a more recent reprint, Mermaid Saga volumes 2 and 3.