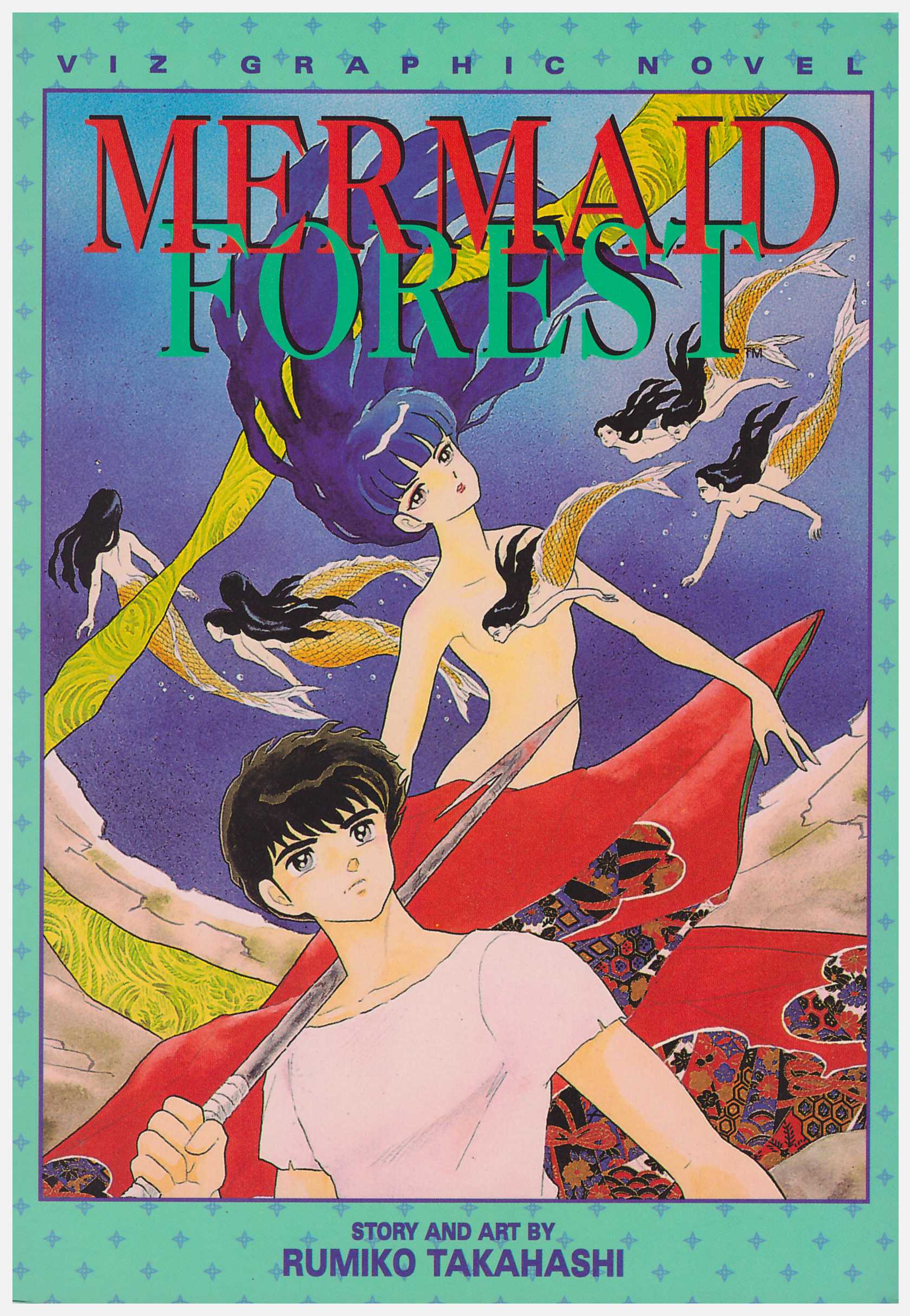 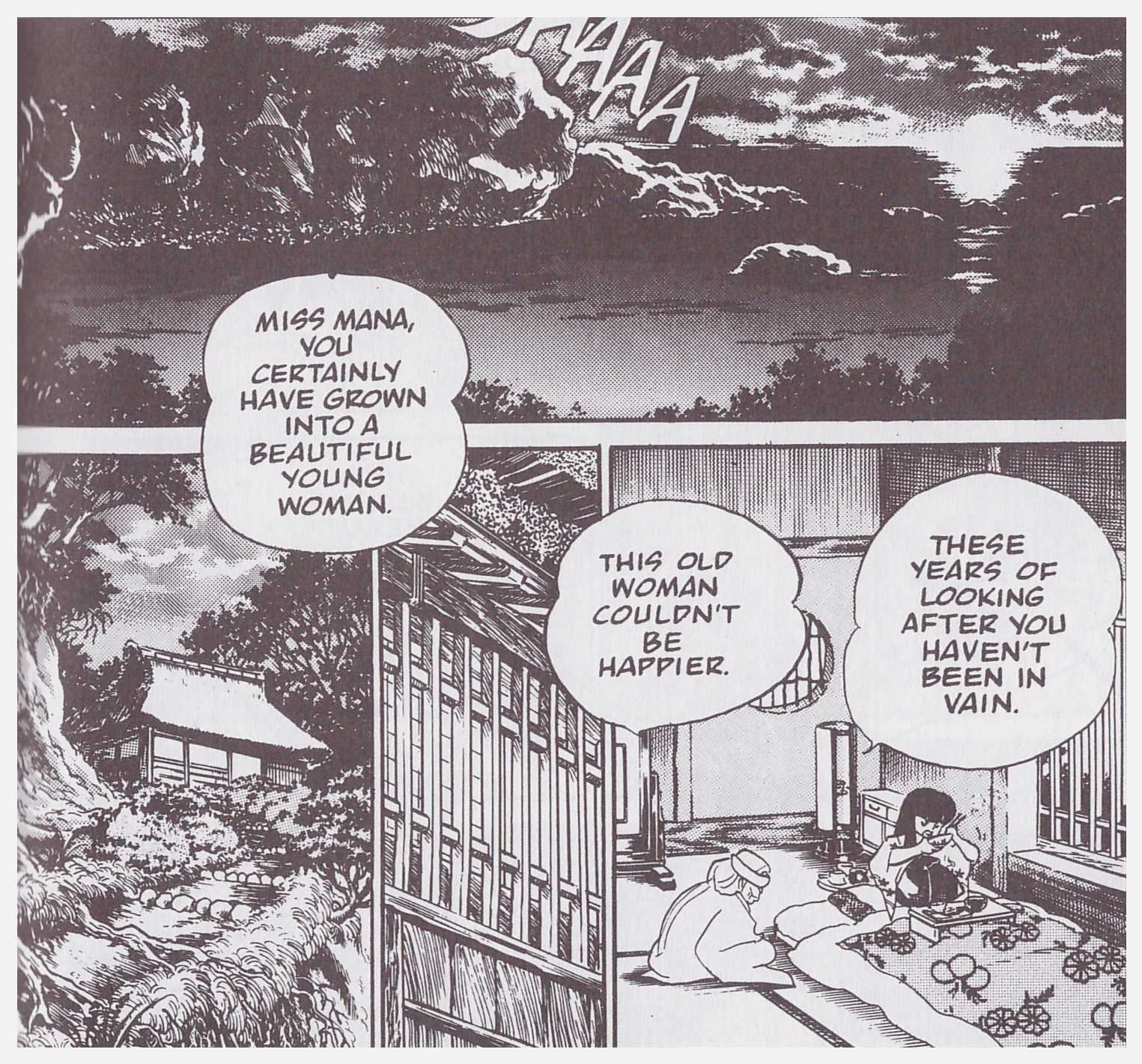 In the opening sequence a young man in a remote forest is brutally murdered by a posse of old ladies, but survives his apparent death. This is because he is, to all intents and purposes, immortal and impervious to harm due to having eaten the flesh of a mermaid hundreds of years previously. He was the only member of his ship’s crew to survive, the others dying in appalling fashion. That’s the hook of the series. Only very few achieve immortality, and those who fail either pay the ultimate price or are achieve a form of immortality, but as a savage, mindless monster. The set-up permits Takahashi to explore humanity’s baser traits, among them the atrocities some people are prepared to carry out just for the very slim chance they may live forever.

Mermaid Forest is three separate novellas, concluding with the title chapter. ‘A Mermaid Never Smiles’ introduces the concept via Yuta, a rare man who’s survived eating a mermaid, who rescues Mana, held captive and isolated with her feet locked. ‘The Village of the Fighting Fish’ delves back into Yuta’s past among a pirate community, revealing how he met the wife alluded to in the previous story. Both are serviceable, but unremarkable, and it’s the title story that’s both the longest and the strongest. Mana and Yuta are captured by two sisters, one of whom guards a secret the other requires. It’s a superior horror story by virtue of pinning human emotion at the core, and delivering a surprise twist. It’s slightly flawed through muddy black and white reproduction of what were colour pages when printed in Japan.

The series continues in Mermaid’s Scar or the more recent Mermaid Saga volume two, now both out of print.