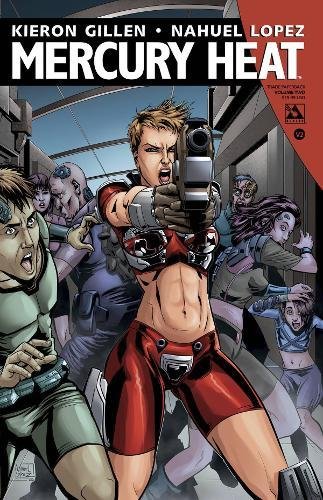 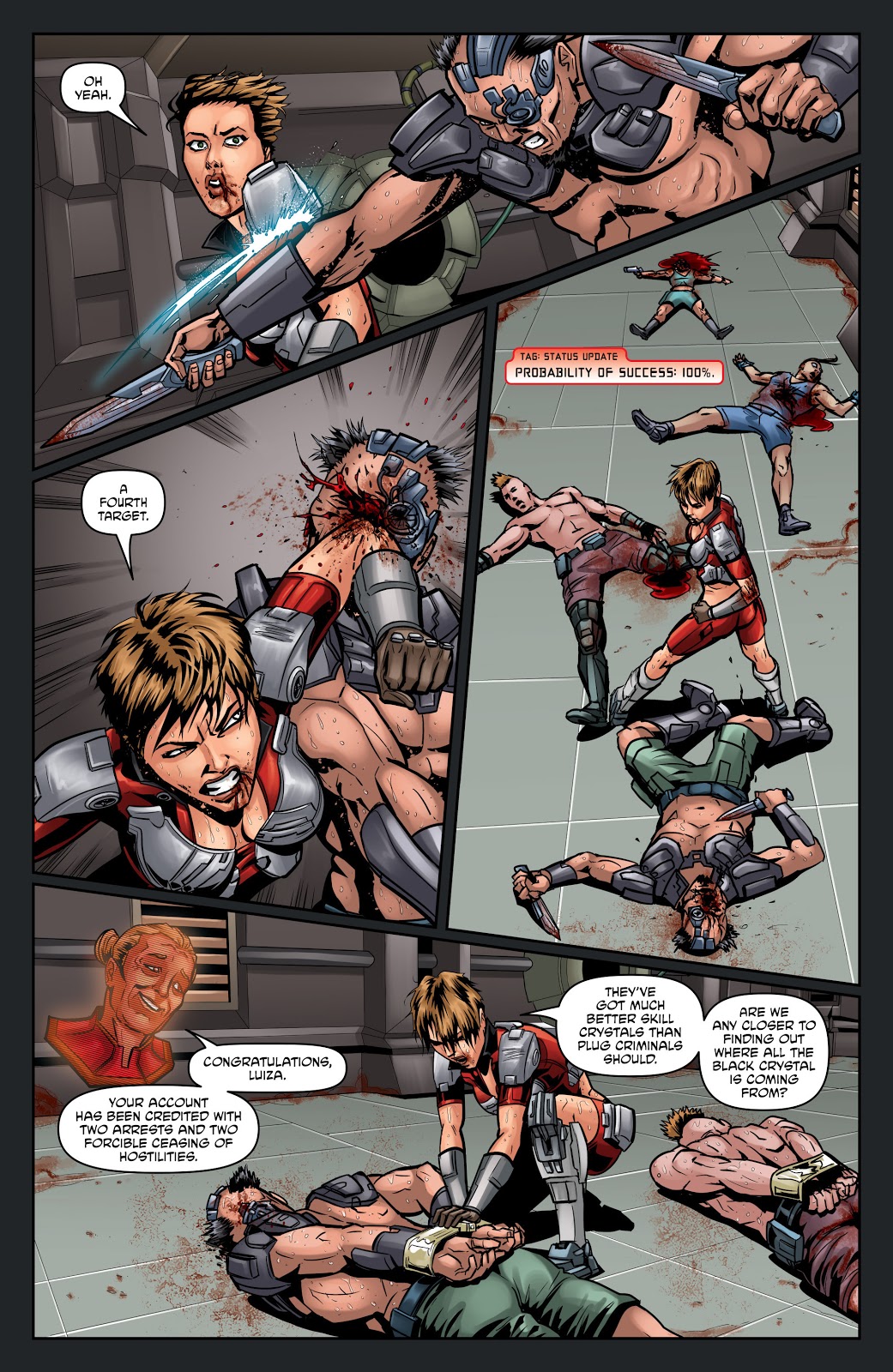 Mercury Heat is an SF action-thriller where Kieron Gillen channels his years of reading such things in 2000AD. There’s a strong and capable protagonist in Luiza Bora, who’s arrived on Mercury to pick up freelance police work, and Gillen’s built a technologically creative world around her, constantly dropping in another interesting moment. One is the new partner Luiza acquires in the opening chapter, who’s very similar to the partner thought killed in Vol. 1.

An aspect Gillen handles very well is Luisa’s abrasive personality, which serves her well in dangerous situations, but isn’t always appreciated. She might have saved the planet last time out, but her face plain doesn’t fit, which is a cause for increasing resentment as the tasks she’s allocated may build up her credit balance, but don’t provide the kind of work she wants. However, “Good news Luiza, there are many relevant tasks based upon your skill-set, experience, price and…” sounds promising without providing the upgrade in appreciation she was waiting for.

Nahuel Lopez took over as artist halfway through the previous volume, greatly raising artistic standards, and he’s also good here, but on a different type of story with a far larger cast where any subtlety is thrown to the wind. It’s because the feral zombies from another Avatar series, Crossed are introduced to Mercury Heat, and over five chapters long overstay their welcome.

There’s a good start, Gillen’s culprit is also noteworthy, the tension over the opening chapter is well sustained and eventually there’s a clever solution. However, the story develops into a chase progressing from bad to worse that drags on too long, imports the unfiltered, gruesome poor taste of Crossed and sidelines most of what made the first volume unique, which is an extraordinarily poor decision. A chapter or two, perhaps, but having the xombies occupy almost the entire book is a monumental mistake and it seems to have killed the series.