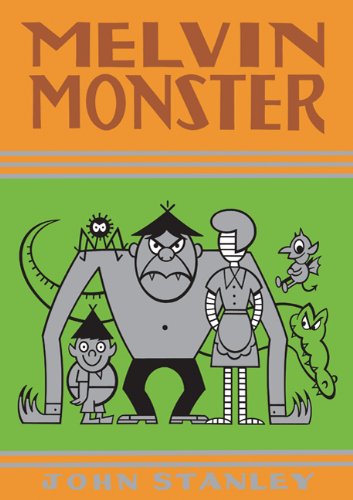 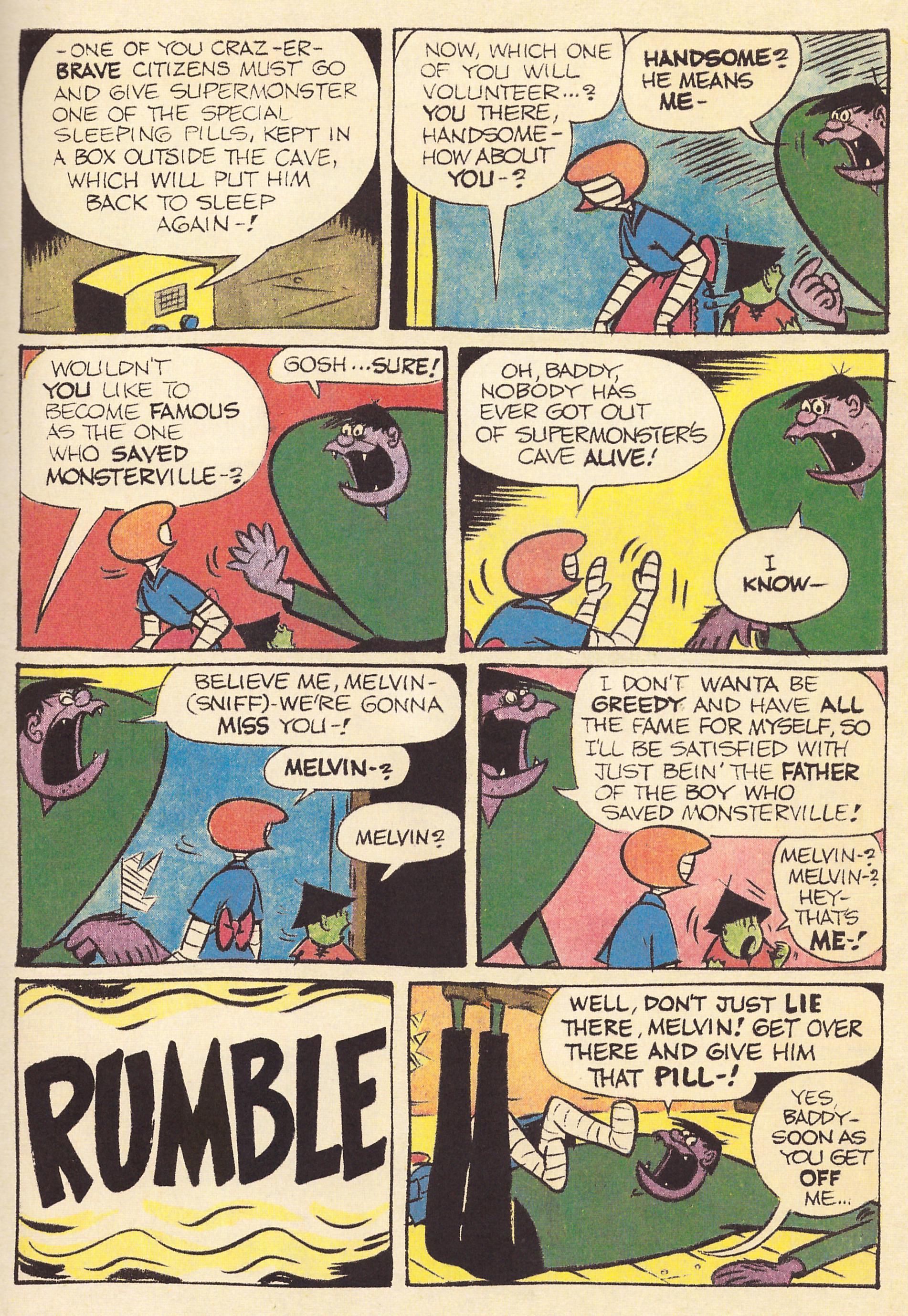 An odd aspect of Melvin Monster is that some gags take place off panel. Was this an authorial eccentricity or the wholesome strictures of the conservative publisher back in 1967? Did they feel seeing Melvin’s father stamp on the long nose of a witch, even accidentally, would send out the wrong message to children? As Stanley is happy enough to display all kinds of other disturbing events, it seems self-censorship is unlikely, but there are several other examples here.

As with volumes one and two, this collects three issues originally published by Dell Comics, this time all from 1967. Melvin is innocent and a paradigm of optimism, while all around him in Monsterville is grim and unrelentingly boorish. One two page strip has Melvin and a pal standing around in the street, then being assaulted by an old lady disgusted that they’re talking when they should be fighting like proper monster kids. Given that at this stage in his career Stanley was becoming disenchanted with comics, it’s tempting view to the entire series an elaborate allegory, but that would be pure speculation. There is however, a feeling of Stanley coasting. Every strip that’s imaginative and funny is matched by one where inspiration is at a premium, and the final panel pay-off even sometimes feeble. An example would be four pages of Melvin chased by a totem pole, immediately followed by a brilliantly choreographed gag strip where Melvin walks backwards to avoid being eaten by the family crocodile, never aware that she’s behind him.

The recurring themes of Melvin wanting to attend school, being tormented by his friend Little Horror, the guardian demon, and his father’s brutality and cowardice account for a fair proportion of the better material. Refining multiple jokes from the same scenario is comedy gold when done well, and Stanley had always been adept. Gems include a strip where Miss McGargoyle is finally convinced to let Melvin take a school lesson, Little Horror presenting Melvin with half a wand resulting in a series of fantastic gags and a nice punchline, the demon helping Melvin when he falls, and a wordless chase over three pages. They’re all from Melvin’s final issue, which strip for strip is the best of the entire series. Perhaps the inconsistency was just a need to for Stanley to work his way into a theme, as for all the carping over three Melvin Monster reviews, the nine issues reprinted are far better than his first nine issues of Little Lulu, and that developed into a children’s classic.

Once again Seth’s elegant design makes this a hardcover to treasure beyond the content, with a rough textured feel, embossed figures, gold foil lettering and a bright green and orange colour scheme that may sound something even Snoop Dogg would consider too gauche, but it works.