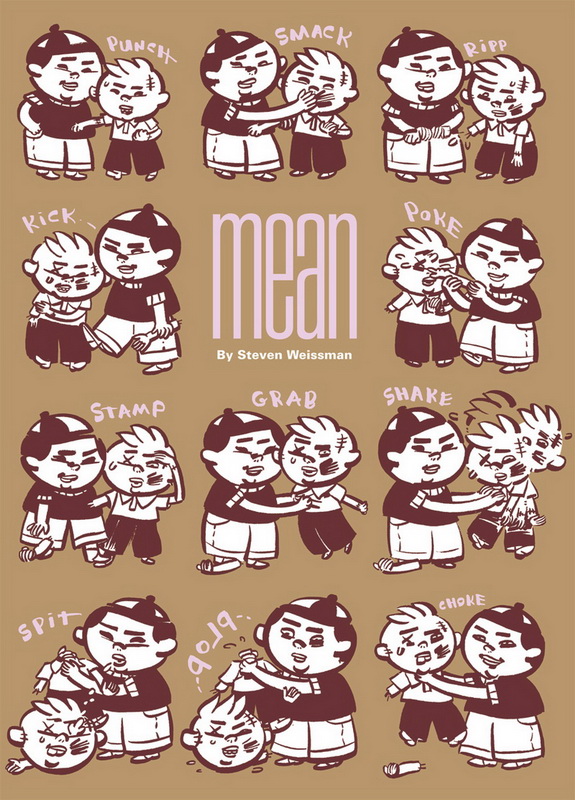 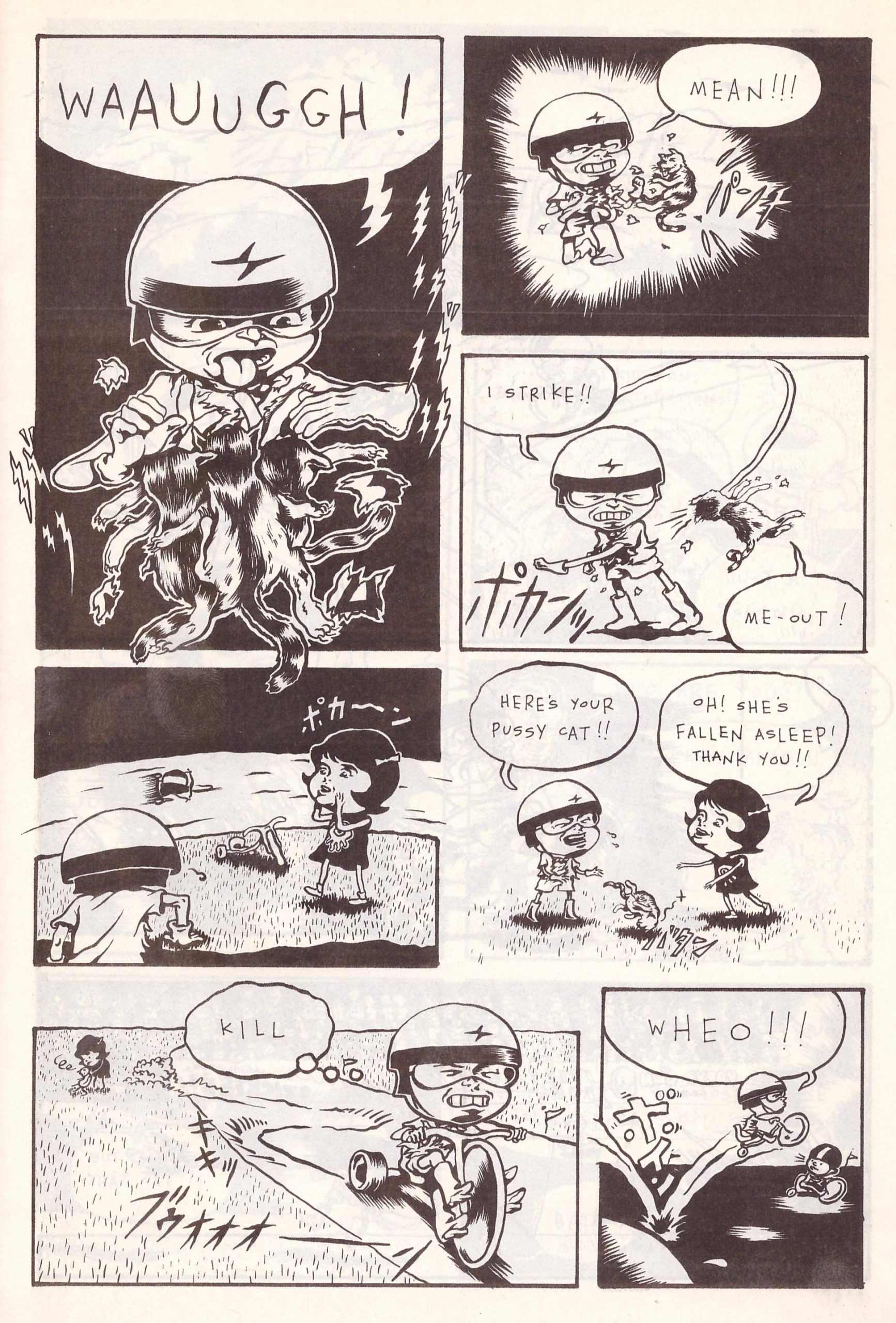 Steven Weissman is an exceptionally fine and imaginative cartoonist who has placed strips with an extensive list of publishers. His artistic sensibilities have been influenced and shaped by such disparate forces as Super-Deformed manga, “Our Gang” comedies, Abbott and Costello, Dan Clowes, Mike Allred and Peanuts – the strip, not the versatile if sometimes potentially fatal foodstuff.

Much of his groundbreaking, award-winning early work, dating from the mid-1990s, offers a post-modern, skewed and alternative view of friendship, childhood, world weirdness and people’s meanness. Mean, therefore compiles works from his self-published Yikes!, amply supplemented with other rare and even unpublished strips to create a lovely insight into the development of a truly unique graphic vision. The French and Japanese – who really know quality comics – love him lots, and have done so for years.

If there is such a thing as ‘Dark and Comforting’ then Weissman’s weird and wicked early cartooning is a perfect example. These 32 tales feature his cast of deeply peculiar children in a macabre tribute to Charles Schulz’s signature strip, but they are also literal embodiments of the phrase “little monsters”.

The bizarre cast of Li’l Bloody (a child vampire), Kid Medusa, Pullapart Boy and X-Ray Spence live an idyllically suburban 1950’s existence of school, fishing, skateboards, white picket fences, aliens, wheelchair jousting, marbles and weird science. The kids all have huge round heads and ancient bodies like graphic progeria-sufferers, but the drawing is lavish, seductive and utterly convincing. In simple childhood romps such as ‘The See-Thru Boy’, ‘The Loneliest Girl in Town’, ‘Inevitable Time-Travel Story’, ‘No Kiss!’ and many others, the cast play as normal children, but their appearance tells otherwise.

These are great comics about kids (but perhaps regarded as Best Not For Kids) that are a treat, a revelation and most definitely darkly comforting. 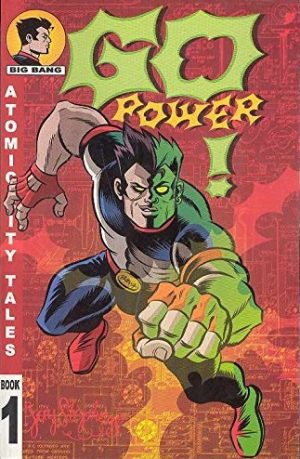