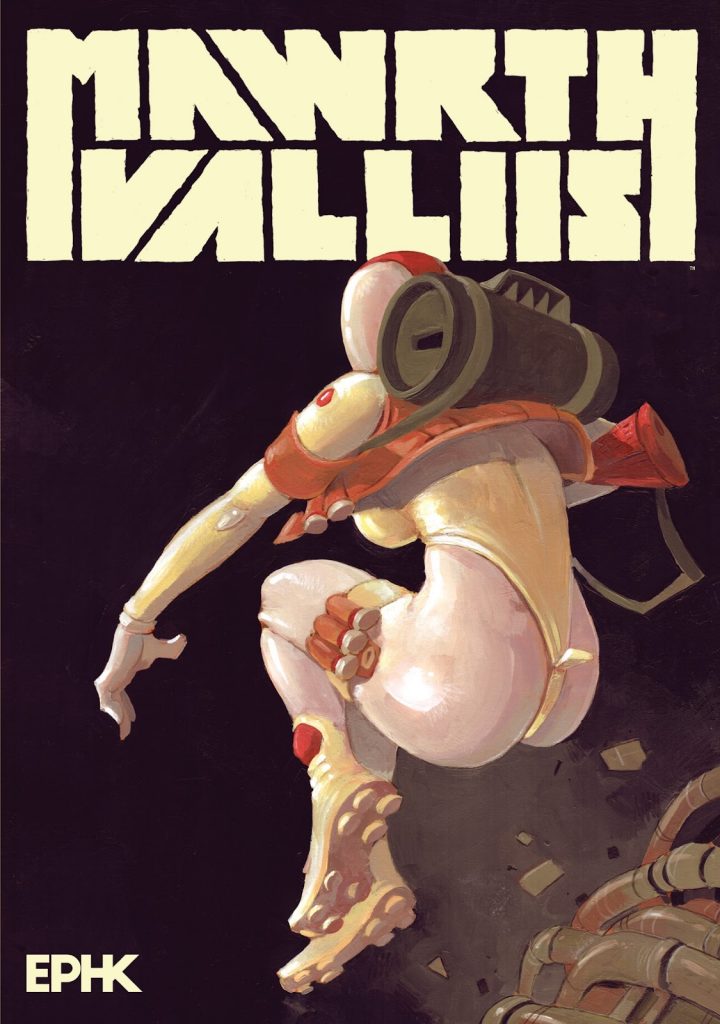 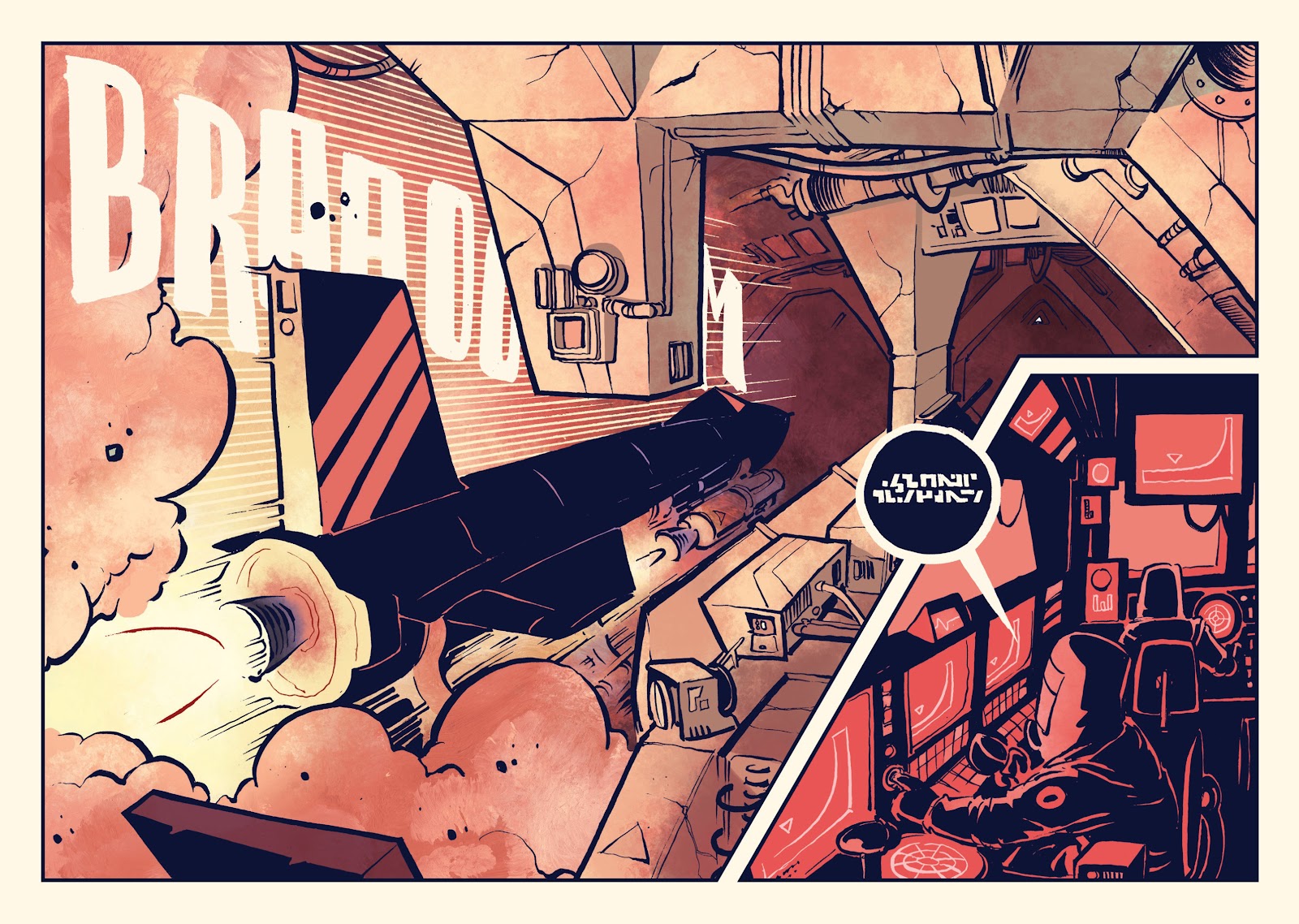 It’s a brave creator who chooses to have their graphic novel feature nothing other than Martian dialogue and captions throughout their graphic novel, but then it’s not every creator who’s only known by initials either. EPHK (or sometimes Electric Pick) is a well-travelled artist now concentrating on comics, and has enough contacts to ensure Mawrth Vallis was crowdfunded within thirty days, which is unusual for a graphic novel by a creator largely unknown to the comics world. The result is a pocket sized, action rush.

As you’re probably not fluent in Martian, it’s relevant that everything can be understood without reference to the dialogue, or perhaps EPHK is a creator who likes to create a code. That’s for you to discover. We join the crew of a space station scrambling to their craft after warning of an attack. As shown by the sample art, the surroundings are lovingly rendered with an intensity of detail that flows through the entire story. It’s taken on faith that readers will be familiar enough with the trappings of science fiction to recognise the situations and the solutions of what’s concept-led, but ultimately very simple.

What unfolds pits duty against hope, offering several swerves and brings to mind the trippy French SF comics of the 1970s, which is interesting in itself, as that’s a once really influential sub-genre that’s somehow sunk without trace. The rapid pace makes Mawrth Vallis a very quick read, which may be off-putting, but there are ideas, adventure and originality present that more than compensate.

The title, by the way, refers to the name of a valley on Mars.