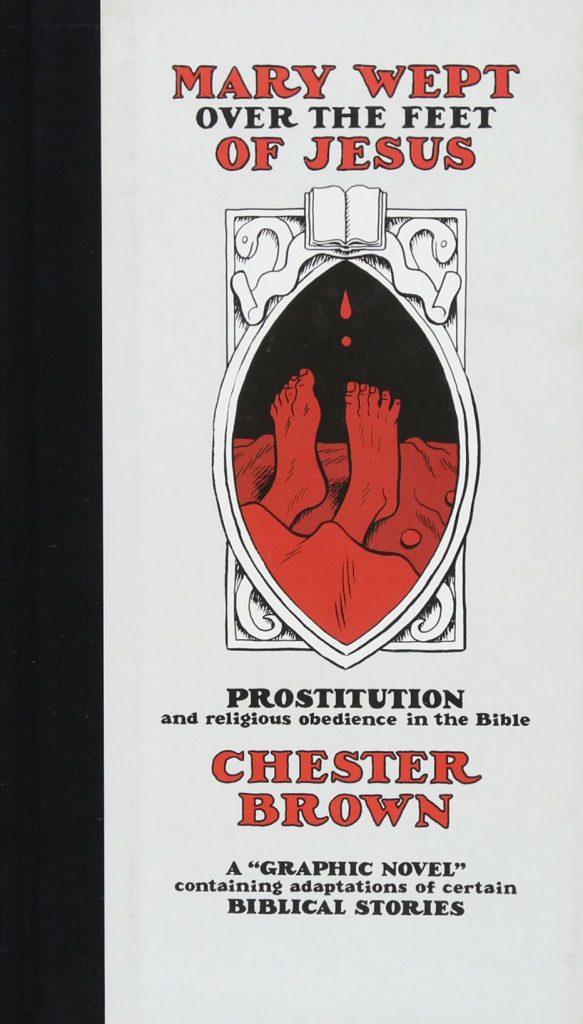 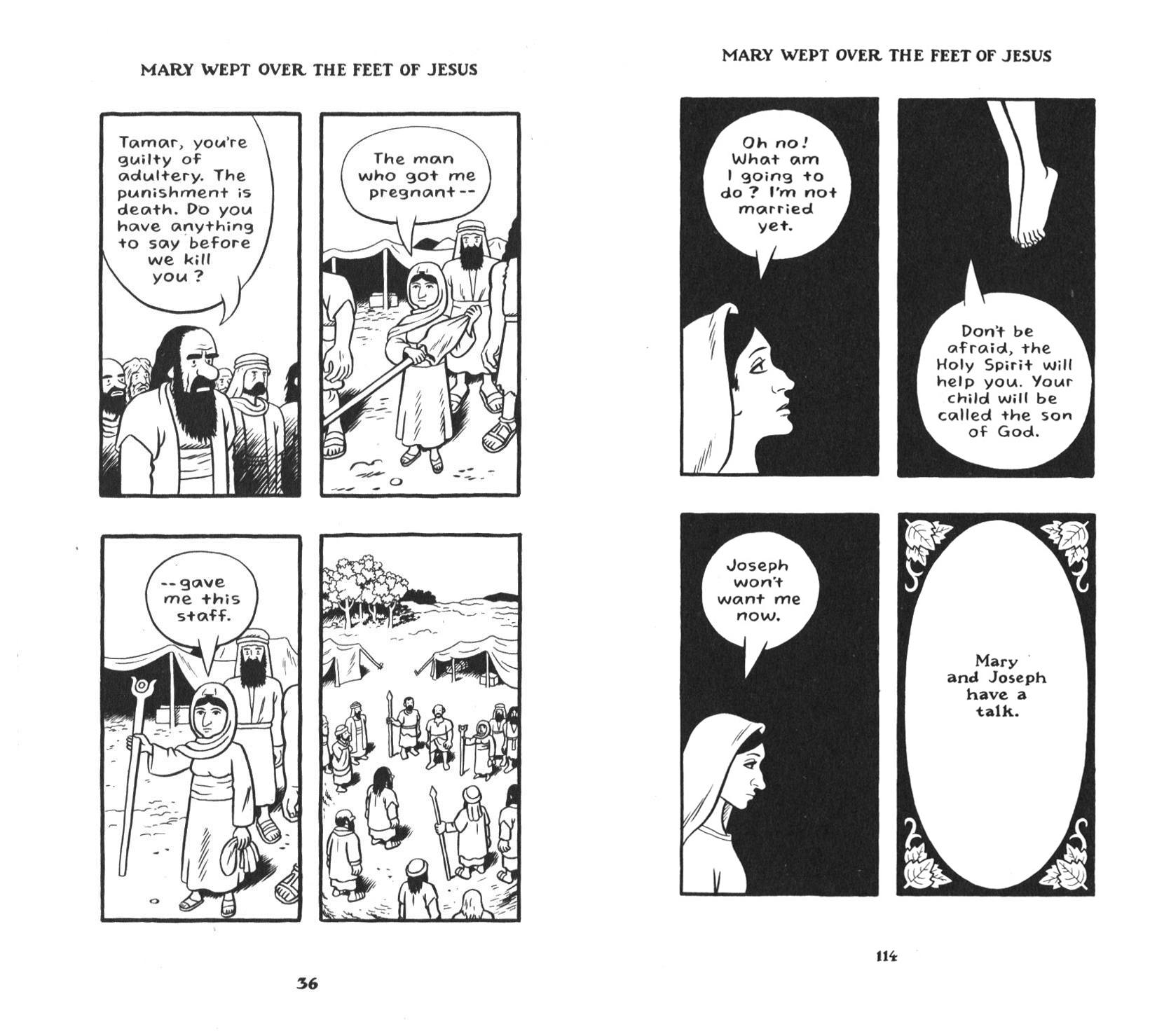 The Bible is a divisive book. Practical advice and timeless observations are supplied along with contradictions and plain nutty instructions, yet its teachings inform the way of life for hundreds of millions of people. Despite the mixed messages and historical evidence of less than devout behaviour by many entrusted with guiding their religions over the centuries, those people don’t take kindly to interpretations not aligned with their own. So what to make of Chester Brown’s individual examination of biblical stories?

The subtitle highlights prostitution, and the labial cover illustration reinforces that, but it’s downplayed because almost every story Brown adapts has obedience at its heart. This is either the obedience of man toward god or woman toward man. Furthermore, discounting the modernised language, he delivers some stories faithfully and others individualised to suit his purposes, although citing the sources on which that’s based. Several stories don’t actually concern prostitution where money or goods are concerned. The contradictions manifest far further when Brown explains his accompanying ideas in over fifty pages of handwritten notes.

Those notes present Brown’s accompanying thesis, one of two central points being an interpretation of Matthew’s gospel suggesting Jesus’ mother Mary was a prostitute. It’s not speculation that’s going to be welcomed by the millions to whom the New Testament is holy scripture, but neither is it the triviality it may sound. Brown defines himself as a Christian, and has considered numerous sources beyond the Bible to formulate his theories. These include writings of biblical stories pre-dating the approved and codified version of The Bible, and one story he supplies is Matthew’s deliberations on how to tell the truth (or Brown’s interpretation of it) without being censored. The other central theme is Brown’s attempt to provide a loving God who tolerates the sheep who strays from the flock. Despite the textual bolstering, both theses have shaky foundations, the first requiring several leaps of intent on the part of others, and the second the wildly variable biblical presentation.

While they’re integral to one aspect of his book, there’s actually a fair case for ignoring them. Read Mary Wept Over the Feet of Jesus without the contextualising and you can revel in what are charmingly presented, although non-canonical, biblical tales, drawn simply and attractively. Don’t miss the adaptation of Job’s story buried in the notes, featuring a whimsically valid representation of Satan. 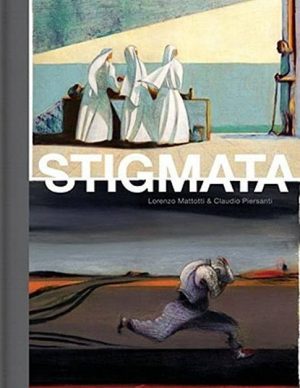