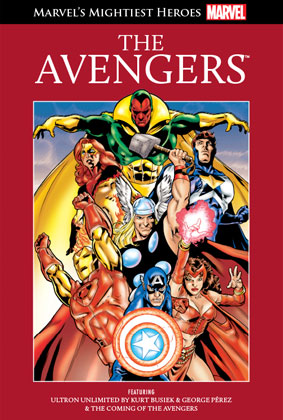 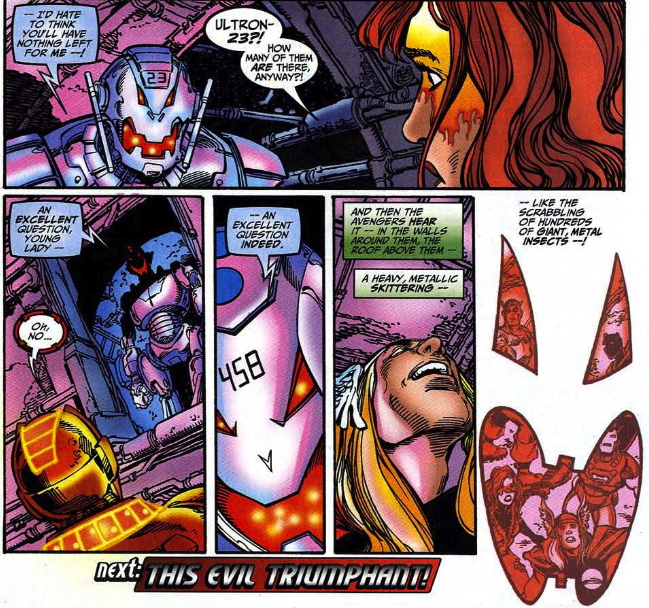 In 2013, Hachette Partworks launched a second series of UK hardcover Marvel graphic novels. Each volume takes a relatively recent story, and combines it with something from Marvel’s earliest archives, along with additional background material. Issue 1 (which confusingly is also volume 24, due to Hachette’s arcane publishing processes) focusses on the Avenger. It combines Kurt Busiek and George Pérez’s ‘Ultron Unlimited’ story from 1999, where the Avengers face off against the eponymous megalomaniac robot, with Stan Lee and Jack Kirby’s ‘The Coming of the Avengers‘ from 1963, in which Thor, Iron Man, the Hulk, Ant-Man and the Wasp first combine to thwart the plans of Loki.

As an indication of how far Avengers in particular, and Marvel Comics in general, have come in thirty-six years, it’s a bit of an eye-opener. ‘Ultron Unlimited‘ is pretty much a modern classic, and the highpoint of the Busiek and Pérez run. It’s a sophisticated and tightly-plotted piece. ‘The Coming of the Avengers’, on the other hand, while undoubtedly of great significance, is rather crude to modern eyes – though it is probably one of the best stories of the initial Lee-Kirby run on Avengers.

Most Marvel fans will have one or both of these stories, and will not particularly have a need for owning both in combination. The graphic novel series is, however, aimed at people who are new to Marvel’s back catalogue, and they may find this interesting, though really for reading Lee and Kirby’s origin story in context they should be directed towards Marvel Masterworks: Avengers volume one, or Essential Avengers volume one.