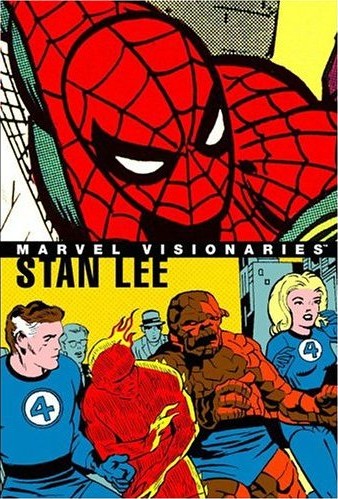 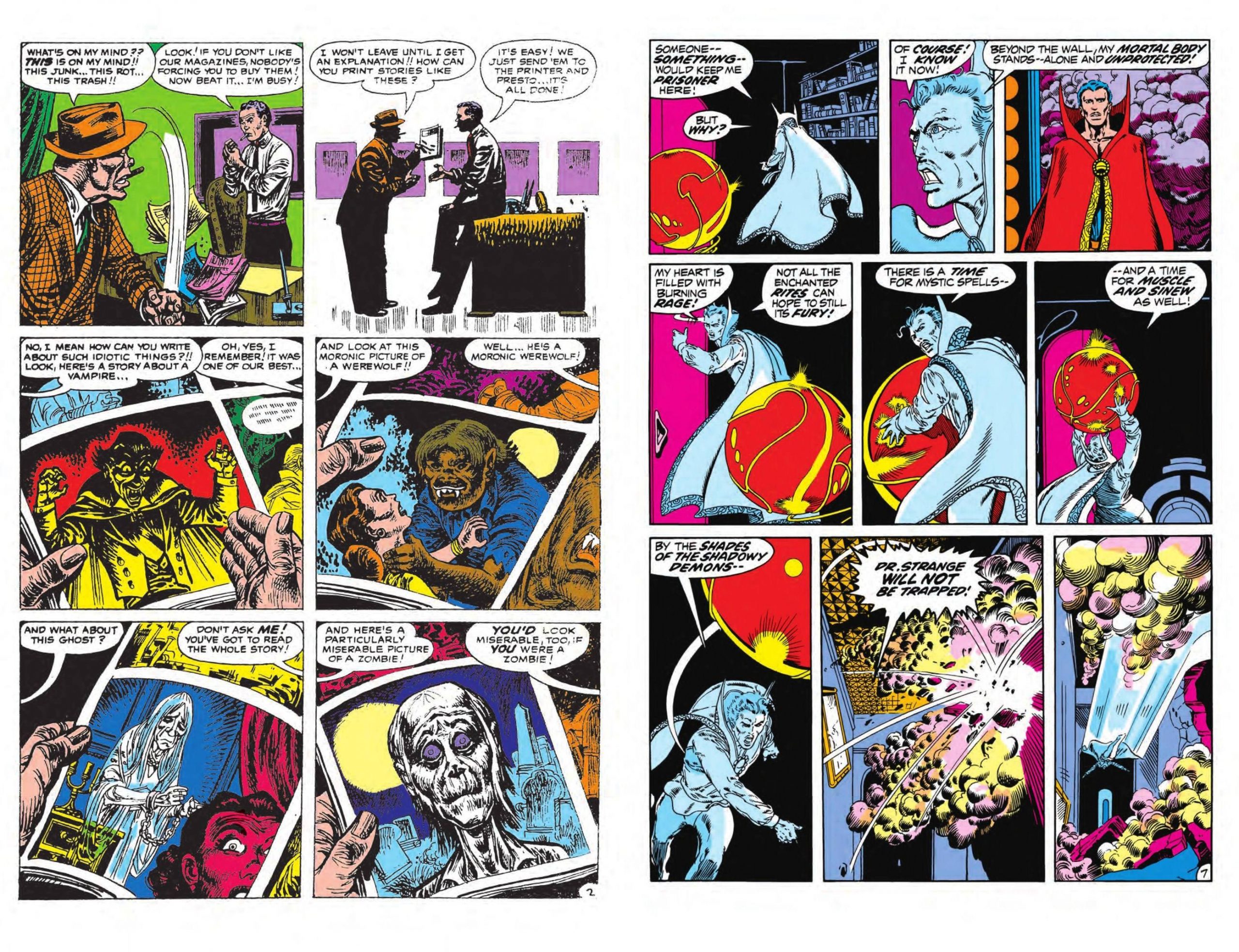 For many years the accepted truth was Stan Lee creating what became known as Marvel Comics, when the actual truth was his writing credit certainly applied to dialogue, but often no more than suggesting a plot for an artist to break down. One strip here parodies a Marvel plotting session, but at least there’s acknowledgement, with Jack Kirby credited for co-plotting a couple of stories. The pendulum has now swung considerably in the other direction to the point where Lee receives only grudging consideration for what he did contribute, and that’s not fair either.

Although his 1960s work can now read as melodramatic and bombastic, Lee was an innovator. His giving superheroes a greater realism and lives outside their costumes became the accepted form, and his influence in that respect remains to this day. His later style is evident in a Captain America story from the 1940s, jocular and presented with a knowing wink to the audience, yet taken at face value a fast-paced adventure, although very dated by the standards Lee later established.

While bookended by a few earlier and later stories, this Marvel Visionaries selection concentrates on the 1960s and very early 1970s. Compiling the book must have provided quite the editorial headache, given that Lee’s landmark 1960s material has already been reprinted so often and in so many formats. Credit then to editor Mark D. Beasley for providing a wide-ranging selection of less obvious stories that showcase Lee’s dexterity while featuring all the most prominent artists he worked with during his heyday.

A factor in some selections is to show Lee’s social conscience. A strong story gracefully drawn by Gene Colan involves Daredevil doing a favour for a blinded Vietnam vet, and Lee faced down the then powerful Comics Code Authority in 1971 who objected to drug use in a Spider-Man tragedy. It was published anyway when Lee couldn’t have known for sure that the resulting publicity would outweigh the loss of official approval. It’s well meant, but not subtle, and Gil Kane’s 1970s fashions are outrageous. Reprinted ‘Bullpen Bulletins’ also give an indication as to Lee’s thoughts when editorialising.

He can be rambling and melodramatic as per the Silver Surfer inclusion, or able to move a story along at a pace, exemplified by the then unusual three episodes of Thor and Loki switching bodies, although overall that relies too greatly on artifice. It’s well disguised by Neal Adams art.

There are surprises. Even seasoned Marvel readers may not have come across the funny supernatural short beautifully illustrated by Joe Maneely (sample art left), and Lee’s interesting 1971 Doctor Strange piece is equally beautifully drawn by Barry Windsor-Smith. While Darick Robertson isn’t up to those standards, the 1990s Peter Parker story shows Lee still wrote a decent drama long after it had been his regular trade.

Of the listed artists, Steve Ditko is the least seen, only represented by his Spider-Man origin story, but that’s a very economically told drama packing so much into eleven pages. The same density applies to Daredevil facing the Sub-Mariner, although that’s a full-length outing, cinematically drawn by Wally Wood, but with stiff figures.

While Lee’s influence should be noted, younger readers are likely to find his writing style old-fashioned, and perhaps obvious, while older readers will be taken back to a happy time. Both have a feast of great art to absorb. The purchase links are to the 2019 paperback edition, but the 2005 hardcover can still be found. 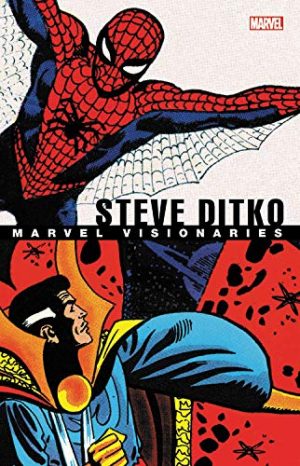