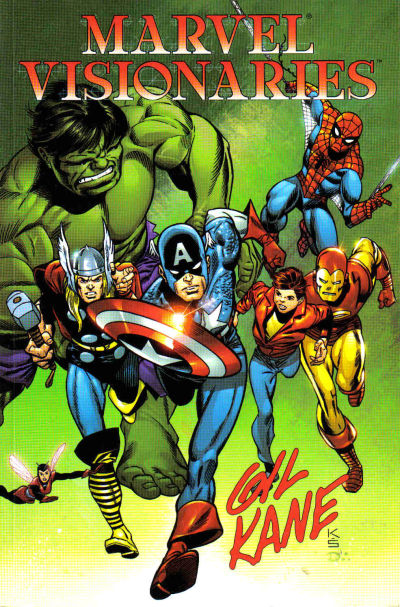 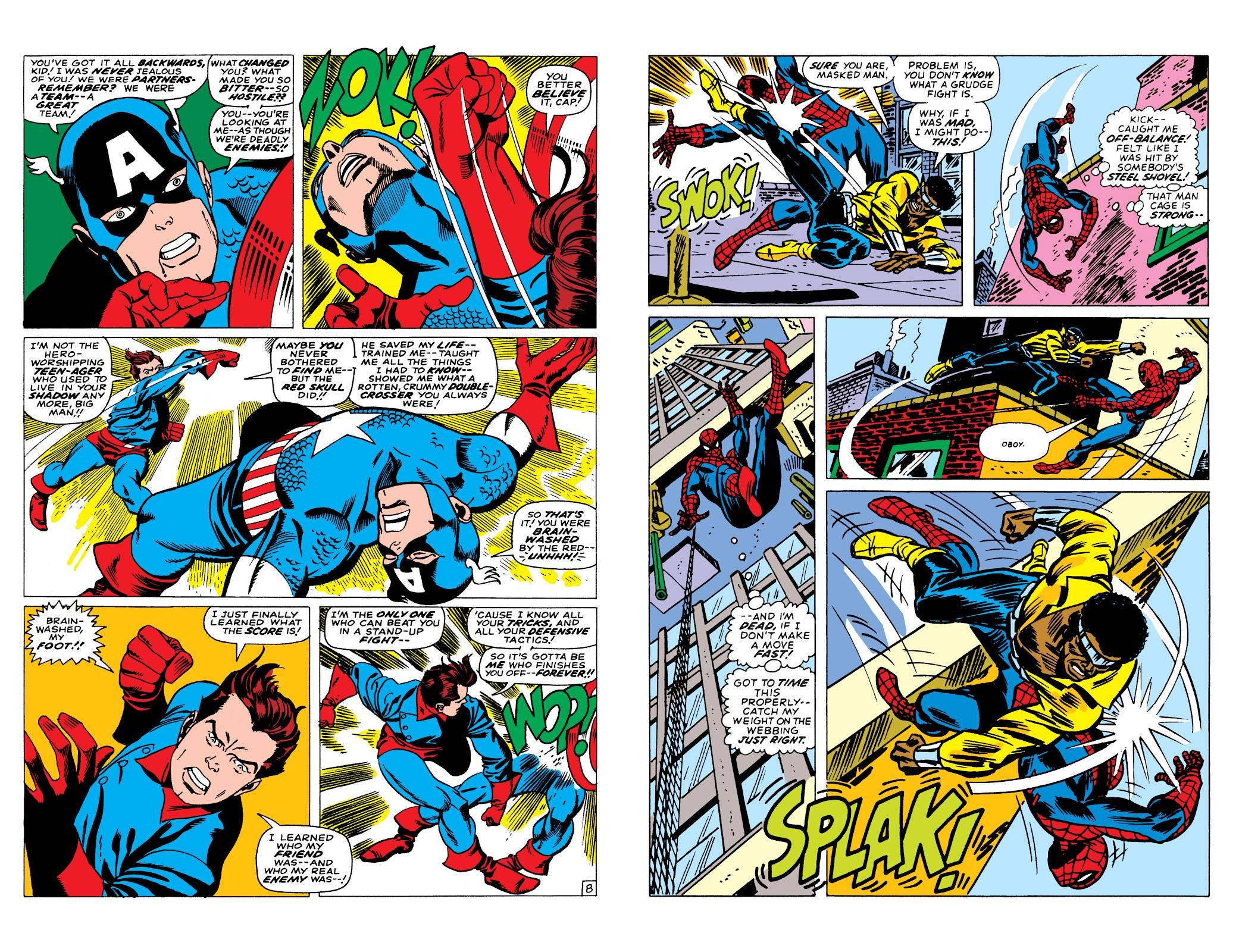 The Marvel Visionaries line became a series of quality hardbacks in 2005, but the Gil Kane volume predated those, and this paperback was never reissued in the later format.

Kane is a tricky subject for a Marvel retrospective, because although by the time he first worked for the company in 1968 he was at his peak, very little of the material he drew is memorable for anything other than his art. It’s also pretty well indisputable that his greatest contribution to Marvel wasn’t any of the actual stories drawn, but the parade of astonishingly well-composed and eye-catching covers produced for so many series during the 1970s. The book closes with just six examples, including the Western cover Kane named as his favourite.

Under the name Scott Edward, Kane’s first Marvel work was an ordinary Hulk story laid out by Jack Kirby, and Kane fairly slavishly following that lead. By the time he was credited under his own name on Captain America he was producing Kirby styled layouts, but adding a grace to the movement, and some fantastic technology. However, despite the brief shock of a returned Bucky Barnes, Stan Lee’s plot goes through the motions. The best collaboration with Lee is a Spider-Man story combining Harry Osborn’s drug use and the Green Goblin.

There’s a considerable variety to three collaborations with Roy Thomas, each trying to do something different for Marvel in the 1970s, but while the art shines, the results don’t match the ambition. It’s the beginning of Thomas playfully moving Marvel’s Captain Marvel closer to the 1940s hero, there’s some pained religious allegories in reworking Warlock into a headliner, but the opening half of Iron Fist’s origin story holds up well, and Kane’s art amazes. It’s also very good on Gerry Conway’s story of Luke Cage being manipulated into hunting down Spider-Man. It requires power, and power is what Kane delivers.

Kane is credited for co-plotting with Jim Shooter investigating how Marvel history could have turned out if the Avengers had never formed. Nicely drawn, it’s not the treat you might expect. Kane compensates, though, on Tony Isabella’s story investigating how Spider-Man’s life could have changed had Gwen Stacy not died. It turns out there’s not much difference, but the art is breathtaking. Another collaboration with Shooter is more successful, as previously standard assassin Bullseye is transformed into a foe to be reckoned with for Daredevil. Kane pulls out the stops for this one, with some notable civilian scenes and a balletic battle.

The final story is a forgotten gem. Kane obviously loved drawing Dan Slott’s smart Western outing starring the Two-Gun Kid, and pours his heart into it, probably knowing it would be unlikely he’d ever draw another Western.

With very little writing matching the quality of Kane’s art, it’s difficult to recommend this collection as a whole, but anyone who really appreciates Kane’s skill and dynamism will be more than pleased. 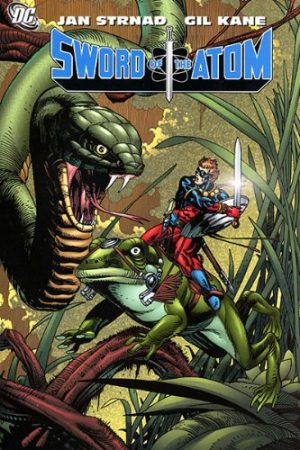