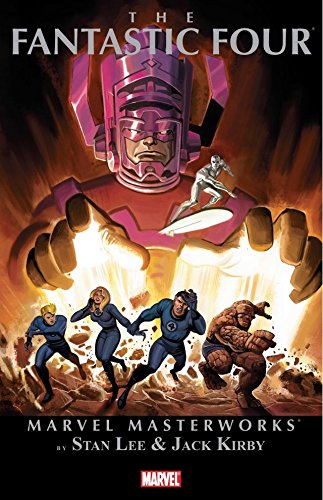 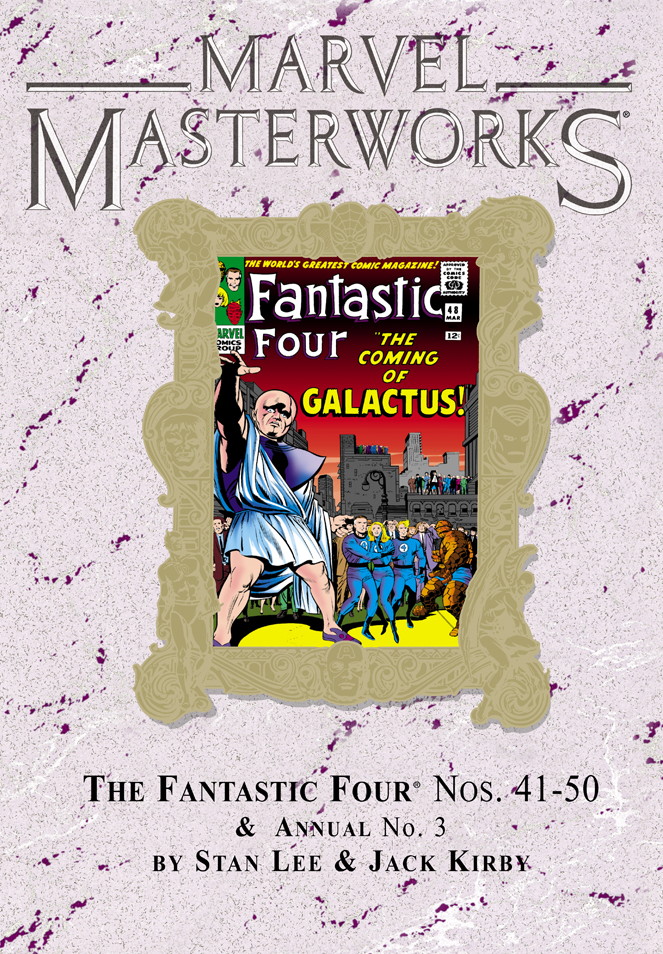 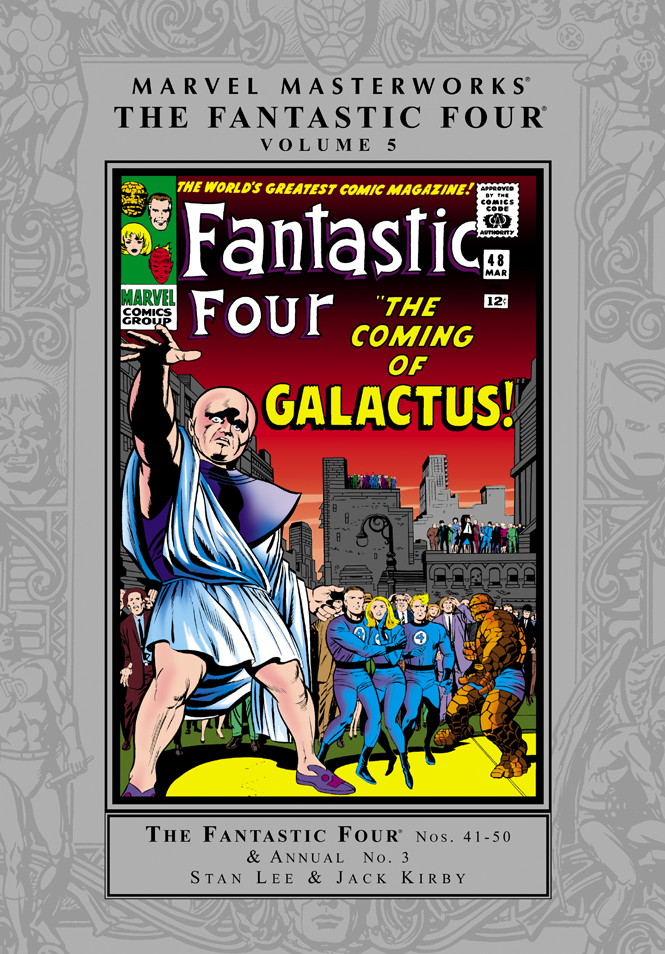 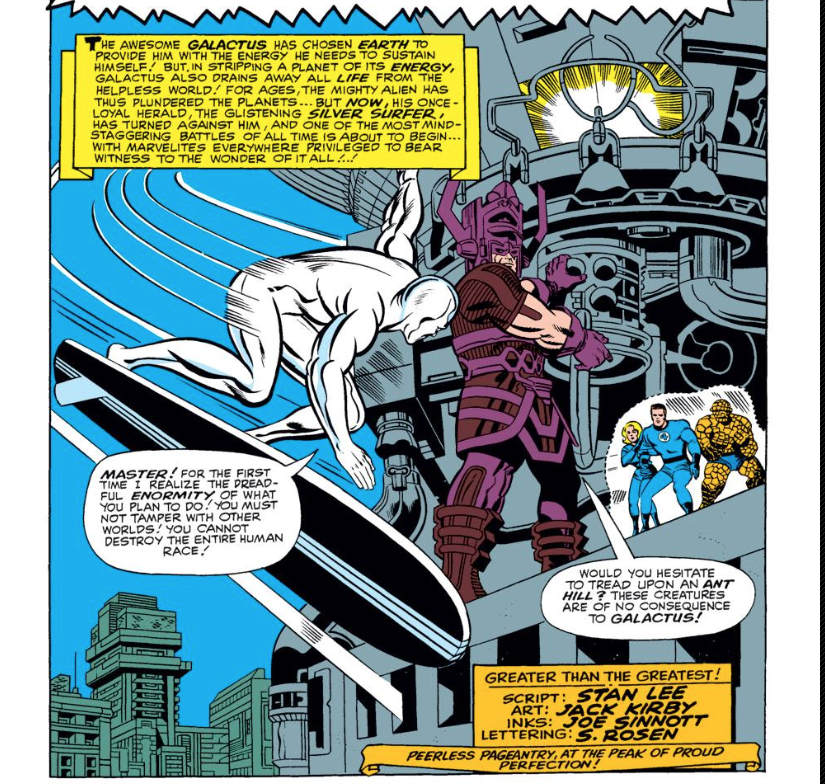 This is the fifth of ten volumes collecting Stan Lee And Jack Kirby’s long run on Marvel’s flagship title. The draw for most will be Jack Kirby’s energetic, inspired art, and this includes some iconic stories, and introduces supporting characters remaining lucrative properties fifty years later.

The previous volume ended with inwardly vulnerable tough guy Ben Grimm walking out on the team. He’s the tragic character of the Fantastic Four, turned by the accident that gave them their powers into rock-clad creature the Thing. While the others revel in their super-heroic celebrity, Grimm is like Frankenstein’s monster – a sensitive soul, tormented by his monstrous exterior, yearning just to be a man with a normal life. This has been overplayed, but in the last volume he blamed the team, and particularly leader Reed Richards for his situation.

This is all dealt with strangely. In ‘The Brutal Betrayal of Ben Grimm’ he’s joined evil FF counterparts the Frightful Four, and is working with them against his former team mates. The Wizard, also a technological genius, has used a device called the ID machine on him. Does this work because of Grimm’s hostile feelings at that time? Apparently not, which short-circuits the human drama – if he’s simply controlled by a machine, it’s not really a betrayal.

The story becomes one long fight scene over three whole issues (sixty pages!). Normally this would be fertile ground for Kirby’s dynamism and visual imagination, but Vince Coletta’s inking is completely wrong on Kirby. It cancels out the fluidity, and just looks weak, stiff, and stilted. With less dazzling visuals, we’re more aware of the story’s absurdity: the infinitely malleable genius Mr Fantastic trapped by being glued to a board, and the Human Torch by attachment of a sprinkler.

The story of Mr Fantastic and the Invisible Girl’s wedding progresses the soap-operatic, almost meta-fictional elements. It still seems a genre-bending move today, as most of Marvel’s cast appear, and they’re not just sipping champagne. There are a few fun moments: Daredevil diverts a bomb laden truck, and “in the most dramatic coincidence of the year” it crashes into the Hudson river – incidentally wiping out Attuma and his undersea horde. Later on two guys called Stan and Jack arrive for the party…

When Joe Sinnott takes over the inking there’s an immediate artistic improvement, and there’s further progression over the rest of the book. His fluid yet precise brush lines preserves Kirby’s distinctive style, while adding greater naturalism.

By this volume storylines continue across issues, complete with cliffhangers. At the end of the Frightful Four issues the Human Torch lets Madame Medusa escape. Perhaps noting his concern, she rapidly reappears, this time seeking his help to escape from what turns out to be the Inhumans fetching her to their hidden city. The final two issues go from international to extraterrestrial, with the arrival of the planet devouring Galactus, and his herald the Silver Surfer. It’s genuinely imaginative and thrilling, and rightly one of the most famous stories of the series.

The production is good on the paperback, and colour is true to the flat simple colour of the originals, which wasn’t always the case with the more expensive hardbacks, although the better paper makes it too bright and crude at times. Some quality issues were raised with the original printings of the hardbacks, and later prints restore Kirby’s pin-up pages. These stories also appear in volume two of the deluxe Omnibus, and volume three of the budget Essential Fantastic Four.