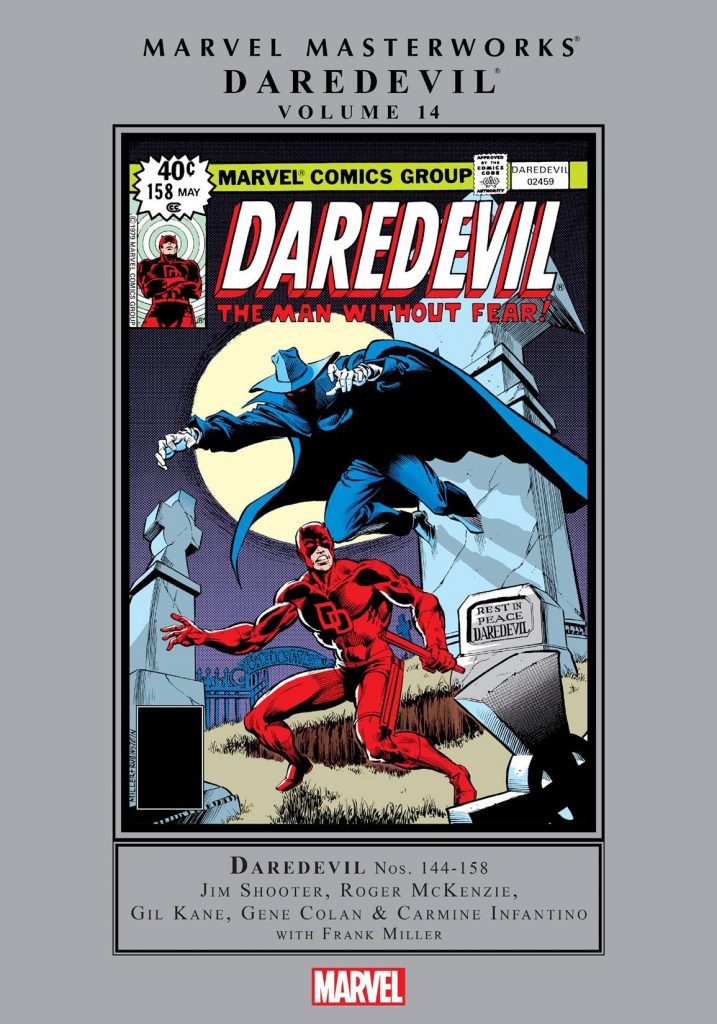 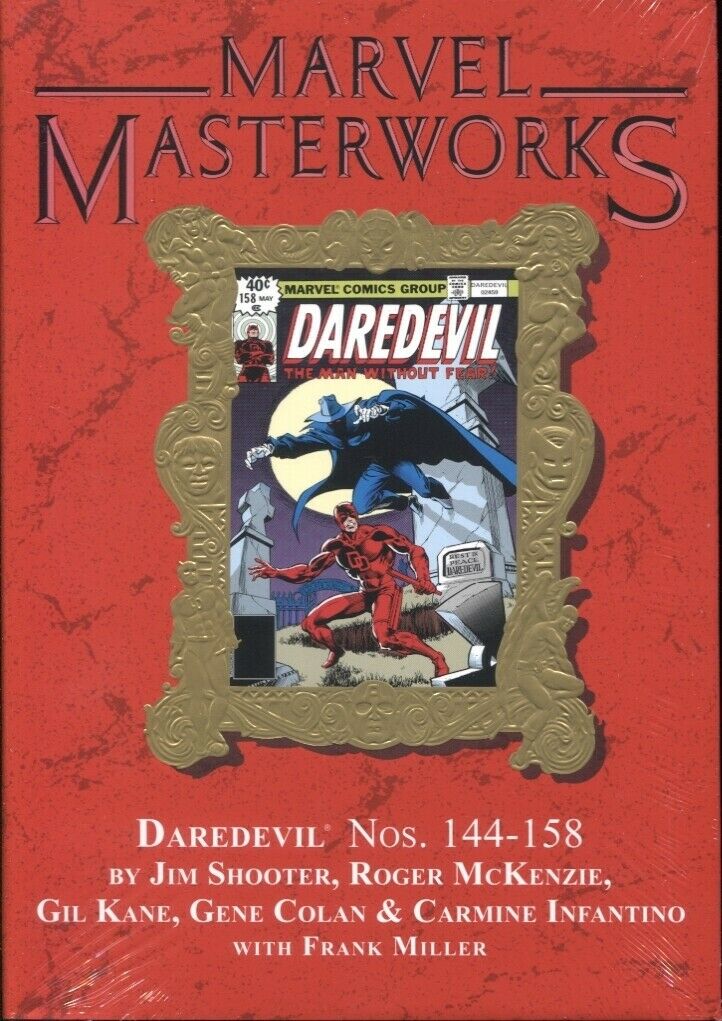 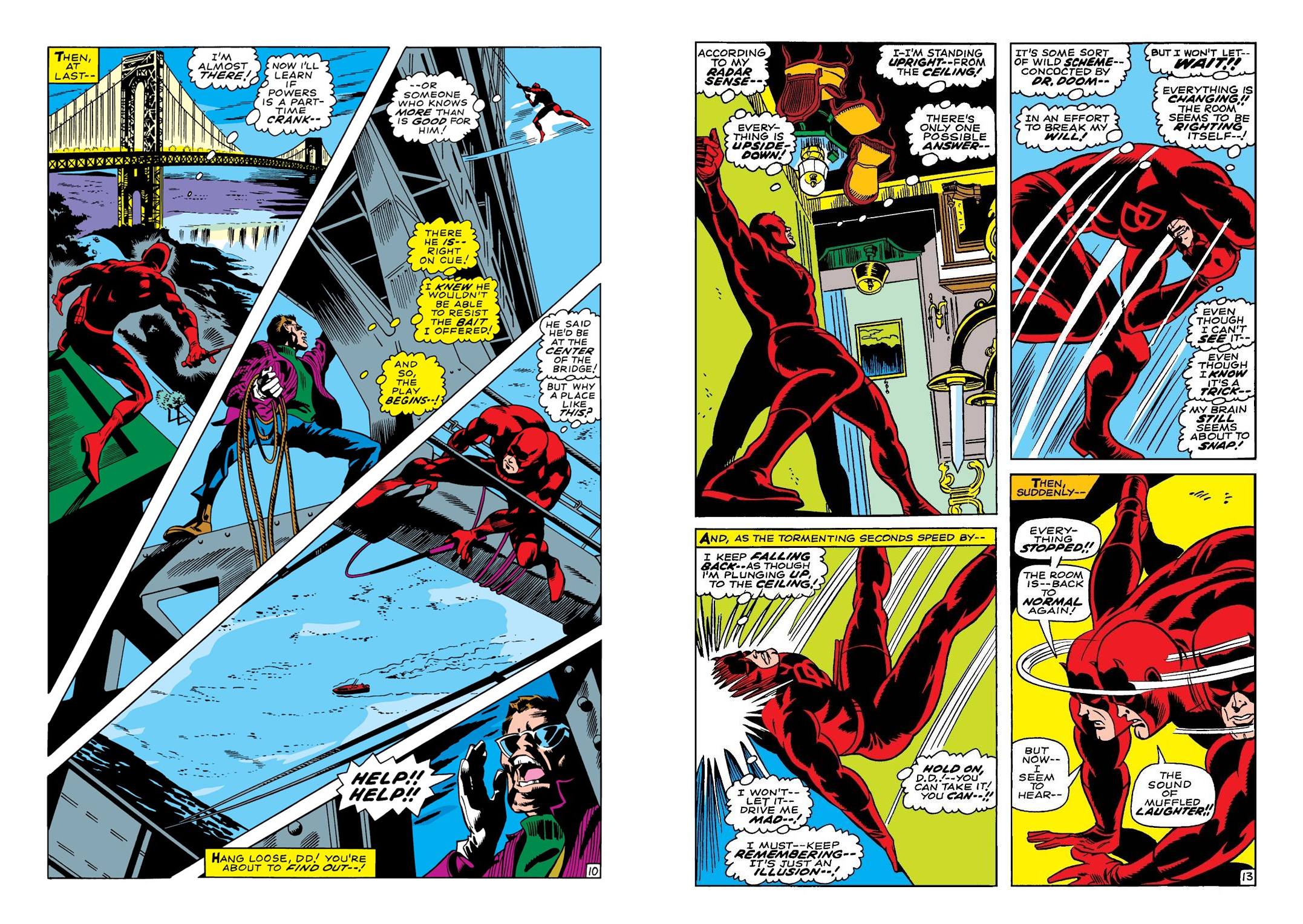 Daredevil Masterworks 14 closes with Frank Miller’s first Daredevil art, pointing to the future for a title due a massive surge in popularity and critical acclaim, yet that’s not the whole story. Daredevil wasn’t a major seller in 1977, indeed, these issues were only published every other month, but that’s not down to the quality. Jim Shooter’s opening two stories aren’t great, one over a Gerry Conway plot, but once into the swing these are taut crime based dramas, very much what Miller picked up on to apply his own approach.

Bullseye plays a prominent early role, and while his speech patterns are far removed from his later personality, Shooter brings out what a danger he can be. It helps to have Gil Kane’s methods of balletic grace applied to the art, and that looks even better with Klaus Janson’s inks. Later we have Gene Colan’s fluidity, which is always welcome, and between them a surprisingly effective Carmine Infantino. Janson also colours what he inks, adding a subtle dark atmosphere by restricting the shades used, which was very much ahead of the times, and how well he combines with Frank Miller’s pencilling is already legend. The other artists don’t work as well. Lee Elias’ Daredevil seems to operate in the 1940s, and Frank Robbins’ contorted figures make for strange superhero pages, while his cartooning on the civilian scenes is very nice.

The times force consideration of Shooter’s approach. His storytelling is clear, but see Kane’s sample art for an excess of unrequired thought balloons that a couple of captions would replace nicely, and it’s not as if Shooter doesn’t occasionally use them. Daredevil’s monologues wear thin, as does the convenience of his radar sense cutting out at desperate moments. Balanced against that are the imaginative use of Daredevil’s abilities and the soundly introduced existential dramas forcing Daredevil into a situation where it seems his only option to protect innocents is to reveal his dual identity. This was several decades before Brian Michael Bendis so successfully rolled out the same scenario. Shooter adds complex responses to the traumatic experiences of Heather Glenn and Debbie Harris, respectively girlfriends of Matt Murdock and Foggy Nelson, turns the emotional screw superbly, and then new character Paladin has never been as distinguished since. Kane is also credited as co-plotter on some stories, but Roger McKenzie becomes Shooter’s collaborator of choice, then takes over the writing.

McKenzie’s contributions aren’t as interesting because they lack the emotional depth. He doesn’t care for the fraught, twisting drama, and brings that plot to an end with a battle uniting several of Daredevil’s enemies. It’s a more common type of tension, and obviously not the direction Shooter would have taken. Daredevil’s breakdown is also unconvincing, but McKenzie makes good use of Death-Stalker, who’s been vaguely drifting through earlier stories, and comes up with a good origin and finale.

By way of a bonus, the final strip is a solo tryout for Paladin by Don McGregor and Tom Sutton, unlikely to see book publication again unless there’s a Paladin film. Sutton’s approach is interesting, but the perspective sometimes poor, and the uncredited colouring positively primitive. McGregor’s story about a criminal created by industrial negligence was probably a greater novelty in 1979, but only the surprise at the end elevates this above ordinary.

Reproductions of original art and house ads complete a collection where around half is really good and undeservedly forgotten. If you find this cheap it’s worth a punt for that. 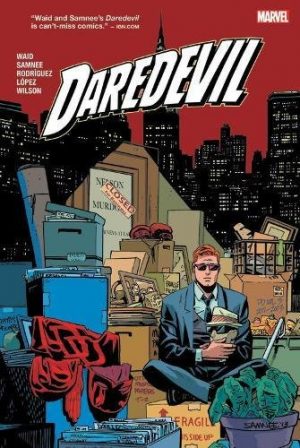