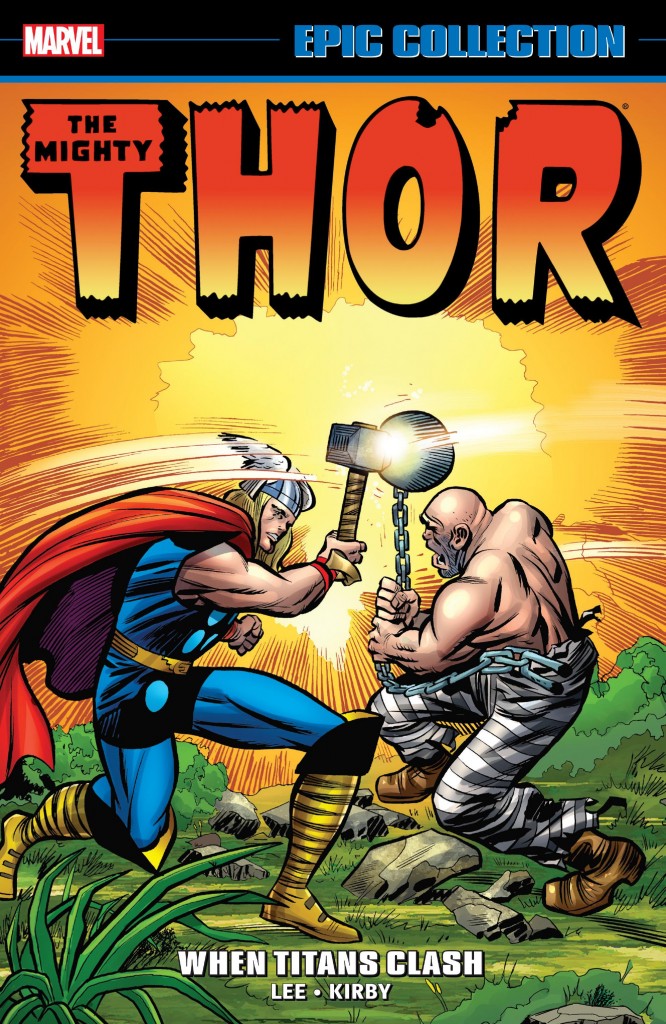 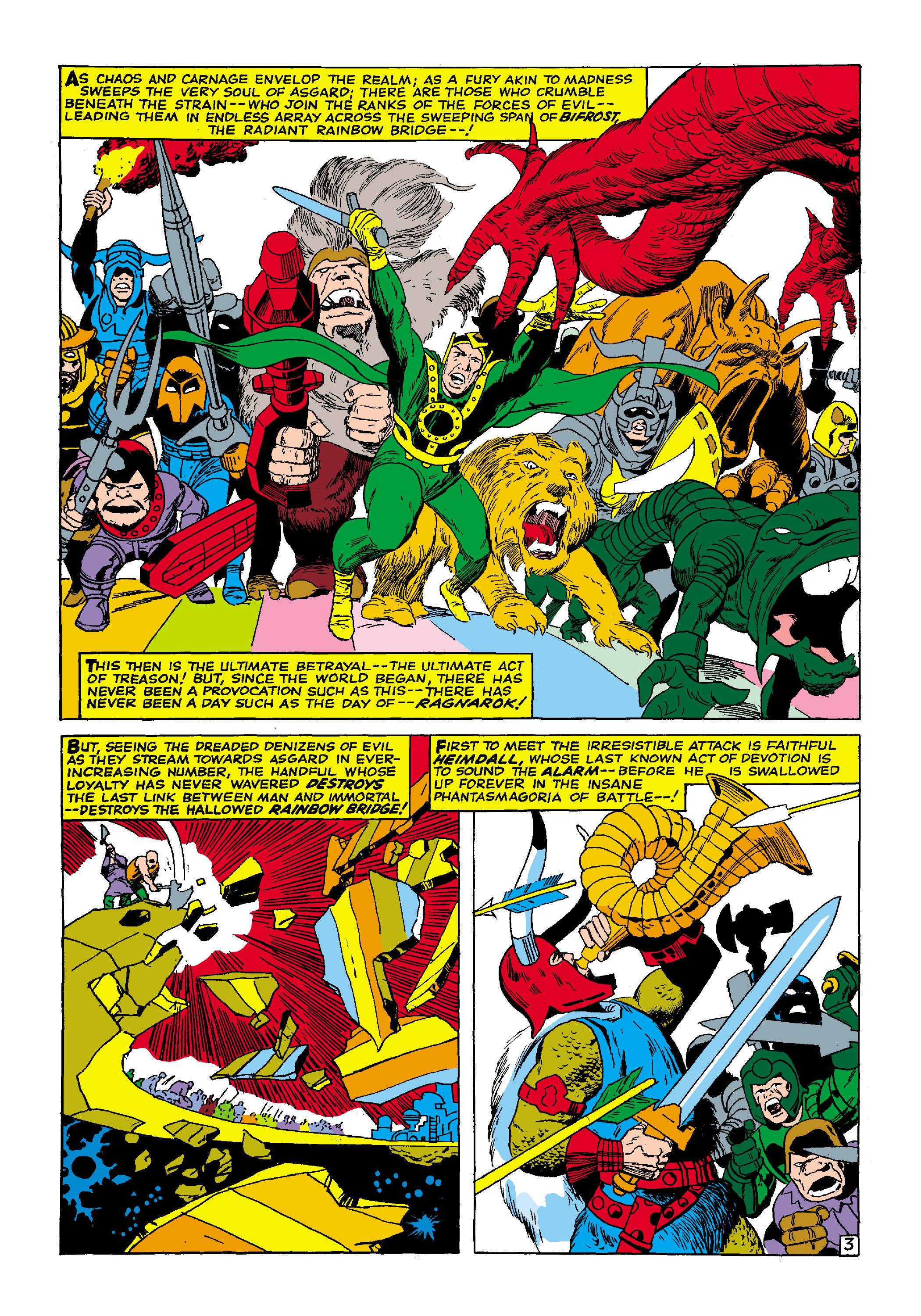 It’s not solid gold throughout, but this collection of Thor material spanning late 1964 to mid-1966 displays a stunning escalation of quality from beginning to end, at which point only the final element of science fiction needs added to deliver the full Thor experience.

The book opens with Thor’s last battle against the team of the Cobra and Mr Hyde. It’s good, relying on their trickery, but it’s clear he’s outgrown a super-supple acrobat and a sheer brute, and their villainy would be restricted to the likes of Daredevil and Captain America in future. Instead creators Stan Lee and Jack Kirby are looking ever more toward the mythical splendour offered by Thor’s position among the Norse Gods, and their counterparts in other pantheons. It distinguishes Thor from other superhero titles of the era, gives a greater scope, and there’s a vast existing mythology to draw on, although beyond the names, Lee and Kirby largely ignore that, Kirby’s imagination being as fertile. Two other plot decisions serve to distance the strip from its immediate past. Firstly there’s less emphasis on the soap opera romance, and Jane Foster has a far smaller role (although is subject to a bizarre abduction), and at the midway point Loki is also jettisoned. He’s been behind almost every negative element in Thor’s life from day one, becoming ever less credible in the process, so removing him from the strip is beneficial.

Other than Thor, the key character here is Hercules, introduced in a battle from the past that hasn’t held its lustre, which is followed by a far more impressive present day clash. The heroes are a study in contrasts, Hercules revelling in all the world has to offer, an immortal carouser, and Thor in comparison dull despite his heroism. Even Jane Foster, in particularly flighty mode, recognises this, as the creators devote considerable space to Hercules enjoying himself, yet it’s the steadfast Thor who saves the day.

Kirby isn’t yet fully exploiting the wonders of the world he’s created by the time Chic Stone signs off from inking his pencilled pages. Vince Colletta as a replacement divides fans to this day, his more illustrative brushwork diminishing the power of the art. It’s only towards the end of the book that Kirby’s imagination on the main feature equals that on the ‘Tales of Asgard’ back-ups, which is where he really lets loose, yet the stories themselves become weaker for concentrating on Thor in the past. There’s a long sequence of these five pagers that are little different in tone to the main feature. yet these are followed by Kirby’s stunning depiction of Ragnarok (sample art), the final days of Asgard. His sheer versatility is exemplified by the inclusion of an eight page Mad style parody strip of a preening and prancing Thor that works perfectly.

These stories are available in other formats, in colour spread over the first and second volumes of Mighty Thor Omnibus, or volumes 3 and 4 of the Marvel Masterworks series (these lacking the parody strip). Alternatively the second Essential Thor reprints everything in black and white, sometimes in very muddy fashion. The ‘Tales of Asgard’ shorts are also collected separately, although recoloured.