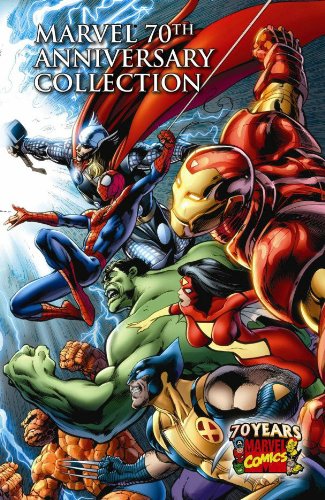 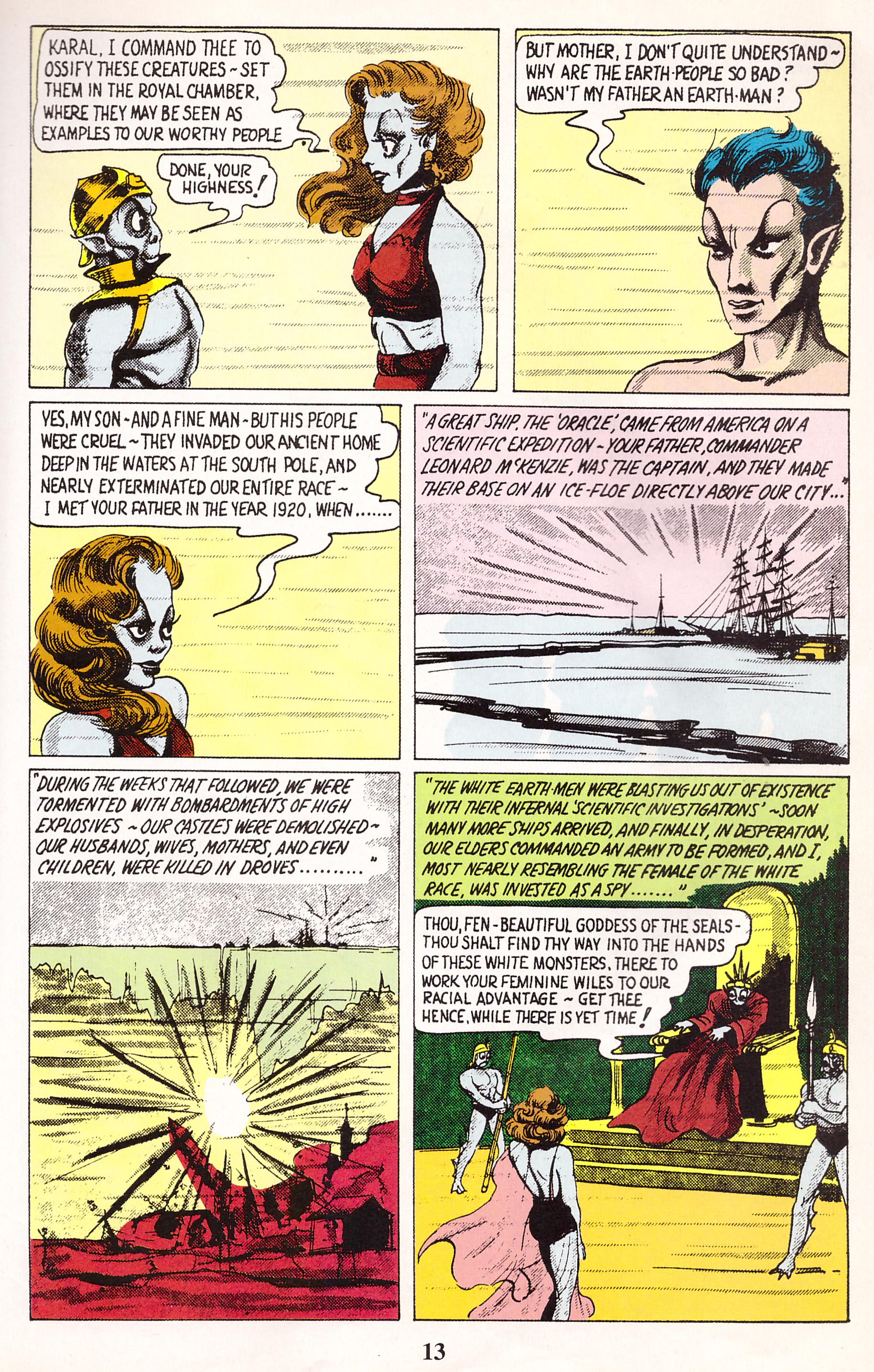 A few caveats. Yes, the company we now know as Marvel Comics didn’t use that name until the 1960s, having operated under several others from 1939 until then, but there was continuity of staff and characters. More controversial, perhaps, is the choice of material, yet Marvel played fair, actively soliciting suggestions for criteria and content from fans and creators alike. It seems odd that John Buscema rated a hardcover book of his contributions to Marvel, but not inclusion here, and while two Avengers stories feature Thor, there’s no room for a solo tale, nor for Walt Simonson. Everyone will have a similar list of absentees. What is presented in 344 pages, however is very representive on the whole.

It’s the earliest material that will be the least familiar to most, and it’s surprising to note the elegance of Bill Everett’s art on the Sub-Mariner’s introduction, and the other worldliness of his Atlanteans, combined with the most basic sketched backgrounds. Captain America dressing as a granny to exit his army camp and maintaining the disguise for half the strip beggars belief, and the following Stan Lee text story is almost as nutty. There’s some fabulous Mort Lawrence art on a 1950s mystery story about a wife killer. Steve Ditko was certainly paying attention, and his 1960s mystery five pager was a direct link to Doctor Strange, whose origin stands up well. The Fantastic Four battling the Red Ghost may seem an odd choice of FF tale from the sixties, but it’s justified in the text as representing Marvel’s obsessions in the early part of the decade, and it introduces the Watcher. The 1960s close with Spider-Man quitting and some stylish John Romita art.

34 pages of prime Neal Adams on the Avengers introduce the 1970s, which close very rapidly with Iron Man conquering alcoholism in a single issue, daring at the time, but now possibly skimping. Frank Miller on Daredevil and the X-Men by Chris Claremont and John Byrne are obvious 1980s standouts that still read well. Wolverine is defined against the Hellfire Club, and Daredevil vs Elektra drips noir atmosphere. Also represented is Peter David, whose Marvel writing career must now rival Stan Lee’s, with a story of the Hulk fighting Wolverine in which Todd McFarlane’s beginning to develop his signature style.

Material from the 1990s is more problematical, not just because massive sales were predicated on creative redundancy, but also because the single issue story was endangered. The Avengers re-jigging their line-up is always fun, and George Pérez certainly merits representation, but was this really among the best of the 1990s? Kurt Busiek writes both the decade’s inclusions, the other being the Alex Ross drawn Human Torch origin from Marvels.

The 21st century provides a better choice of quality material, starting with the Ultimate Spider-Man revealing his identity to Mary Jane, interestingly drawn by Mark Bagley almost entirely as a series of facial expressions and reactions. Brian Michael Bendis includes a cute misunderstanding, and is better than on the subsequent revelation of the Illuminati, which doesn’t work as well divorced from anticipation of  Secret Invasion. The closing death of Captain America by Ed Brubaker and Steve Epting is a no-brainer, issued only two years before the book, but a landmark worthy of consideration for any overall Marvel anthology.

So, for the most part, an admirable and representative selection, but aimed at the gift and casual reader market more than the hardcore Marvel fan who’ll have most of the content already.