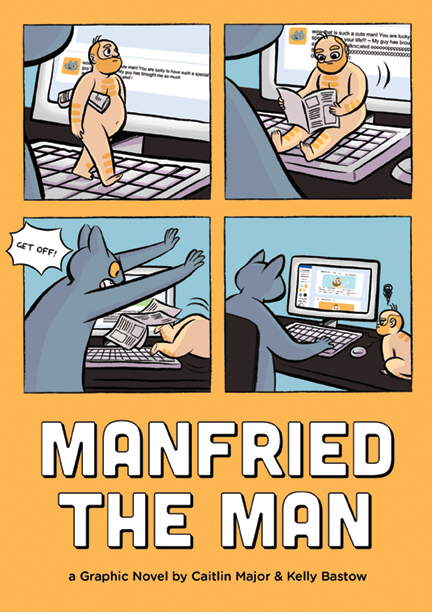 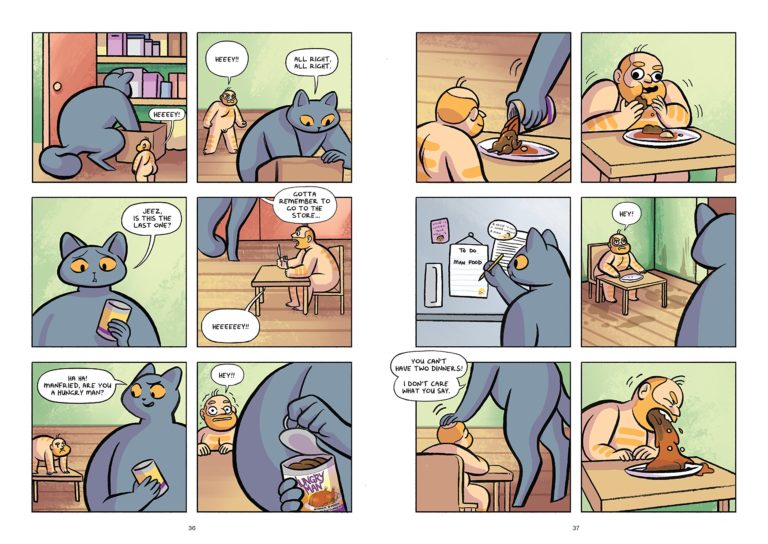 Manfried the Man is based on the simple idea of transposing humans and cats. Cats are large and behave like humans, while humans are small and behave like cats. Steve the cat has adopted stray human Manfried, and being a human lover posts cute pictures online and is a sucker for human merchandise.

While the idea is good, there’s a concern that it’s more suited to gag strips and might be stretched too thin over a two hundred page graphic novel, and that feeling never entirely disappears. Caitlin Major’s storytelling pace doesn’t move above leisurely, which also applies to Steve’s life. He’s a nice enough guy with artistic talent, but lacks confidence, so works at a call centre putting in the minimum effort, but every scene takes too long to roll out. When Manfried goes missing, we have six pages of Steve searching the vicinity, which is really labouring the point.

The shortcomings, however, are very much disguised by Kelly Bastow’s attractive art. She keeps it simple by sticking to a six panel grid for every page, supplying the occasional full page illustration. One of a bunch of naked men lying asleep on each other could be a t-shirt. Her humanoid cats are convincing, a nice touch being that they come in all colours and patterns, and Manfried is well designed as a balding, overweight middle-aged man.

Plenty of men feature, which raises the question about the very obvious absence of women, as the opposite sex exists among the humanoid cats. Overall, there’s eventually charm and originality as the missing Manfried proves the catalyst for Steve getting his life back together, but fifty pages less would have provided more. Despite that, enough people were charmed by Manfried the Man, resulting in Manfried Saves the Day. 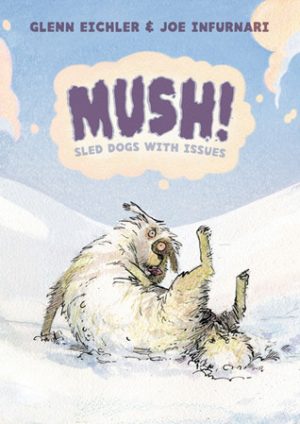 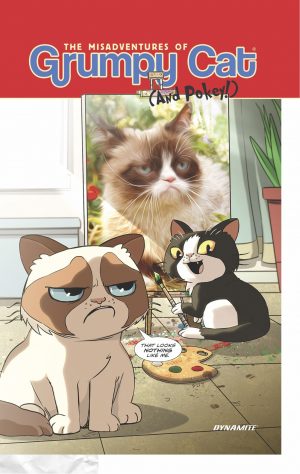