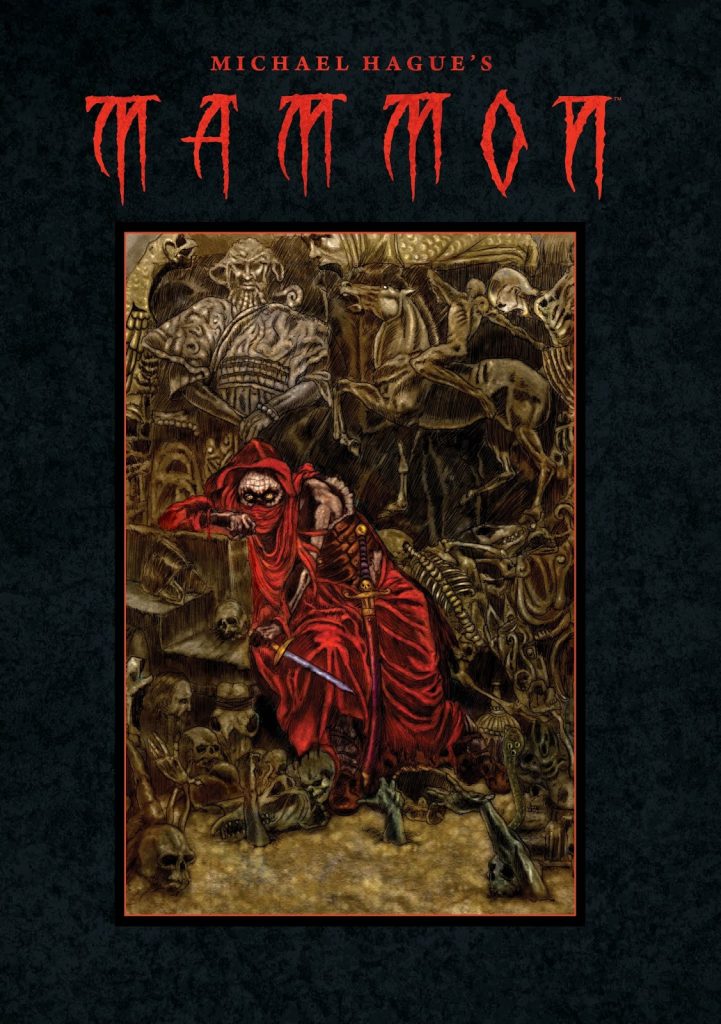 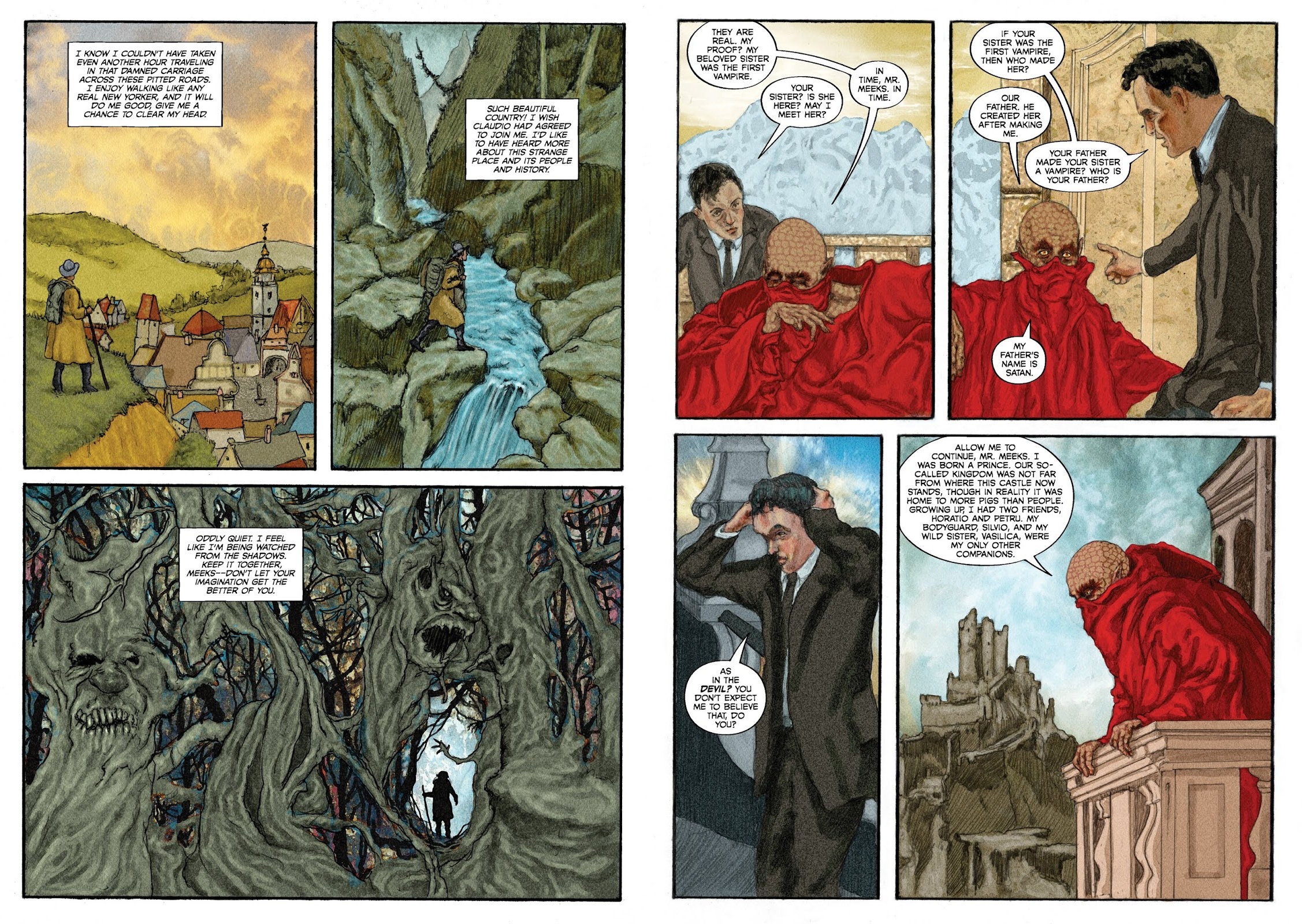 Debate exists as to the exact meaning, but there’s consensus regarding the biblical term “mammon” referring to some form of excessive material wealth. Jonathan Meeks already possesses that, both through inheritance and his earnings as a writer of some renown, but he’s a curious man and one prepared to endure much to arrive at the truth. The truth, or possibly otherwise, lies with Mammon, who claims to be the first vampire.

Michael Hague’s previous CV has been an as illustrator of children’s books, yet it was unlikely their authors were ever going to provide the opportunity to relate the origins of vampirism, so he produced it himself. Hague’s illustrative background is apparent on every page, with each panel an individual composition. However, that’s problematical. Panel to panel storytelling is forced as Hague prioritises each separate drawing and the figures within them are often strangely twisted. It would be acceptable if it only applied to Mammon and his immortal allies, but it’s extended to Meeks, whose facial features are frequently unconventionl, and often plain poor. It’s a strange anomaly that Hague’s preparatory sketches, seen in the back of the book, have a greater accuracy to them than his stiff final pages.

A stilted quality also applies to Hague’s verbal storytelling. We see few extraordinary events as they happen, as instead they’re related to Meeks after the fact. It enables some ornate illustration as one incident from the past follows another, Meeks redefining vampire history, wrenching it away from Dracula, and twisting it interestingly to feature a form of Christianity. For all that, it’s ponderously written, Hague emphasising the wrong moments, spending unnecessary pages transcribing Meeks’ journey from New York to Europe, yet skimping on other scenes of greater consequence to his overall story.

Ignore the humans and luxuriate in the monsters and the scenery and Hague will impress. Look at the faces and try to read Mammon and the quality drops considerably.